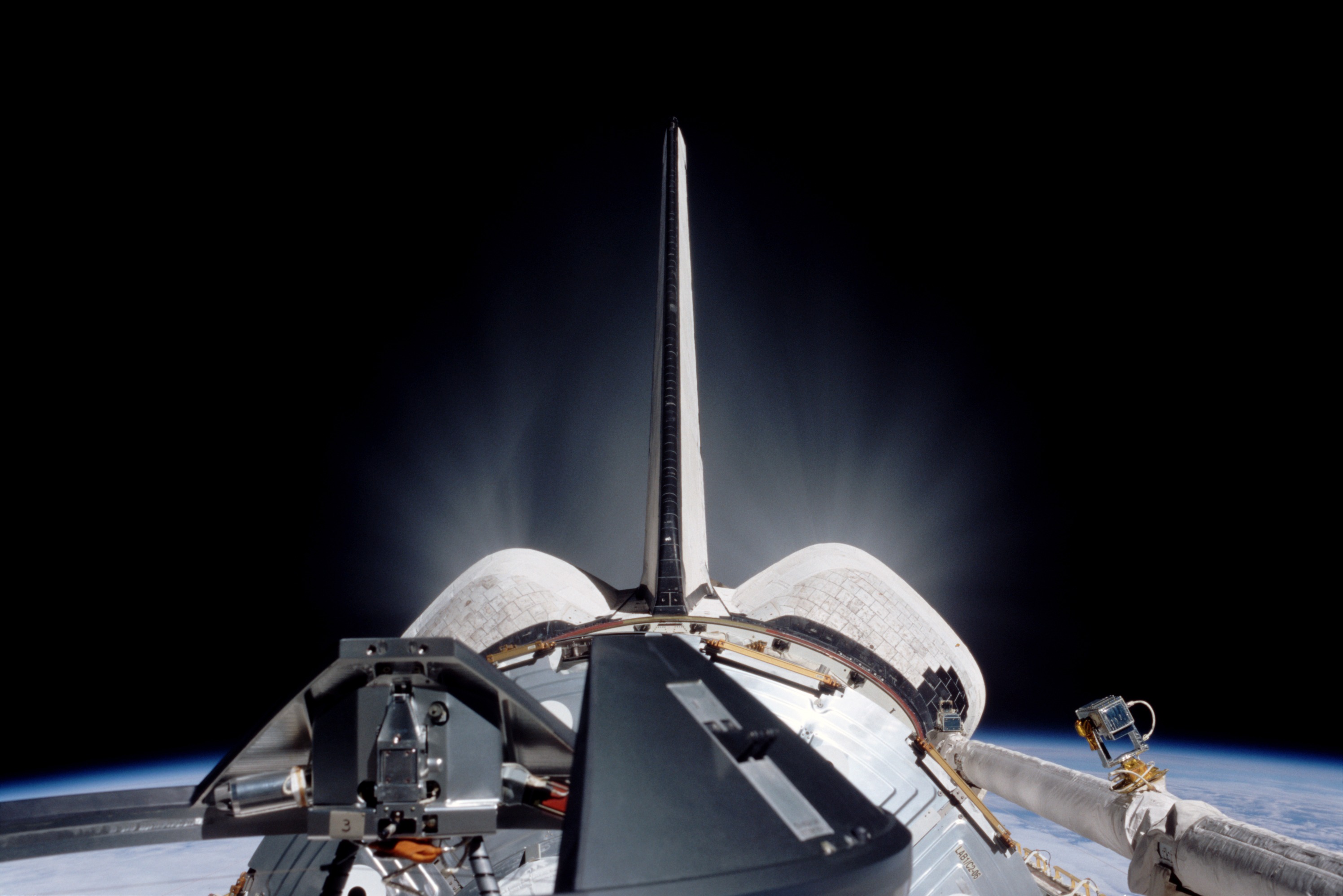 The New York Times bills itself as "all the news that's fit to print," but the liberal newspaper has made some spectacular stumbles over the years. On Friday, the Twitter account of NASA's Goddard Space Flight Center spotlighted the 46th anniversary of the Times making a significant correction to a claim made on its editorial page – that a rocket wouldn't be able to operate in the vacuum of space.

The newspaper printed the correction on July 17, 1969 – the day after the Apollo 11 Moon landing mission launched from Kennedy Space Center in Florida. The correction involved a January 13, 1920 "Topics of the Times" feature, which blasted Dr. Robert H. Goddard, the NASA center's namesake, for his theory that a rocket could reach the Earth's only natural satellite [photo of the full correction below]:

That Professor Goddard, with his "chair" in Clark College and the countenancing of the Smithsonian Institution, does not know the relation of action and reaction, and of the need to have something better than a vacuum against which to react—to say that would be absurd. Of course he only seems to lack the knowledge ladled out daily in high schools. 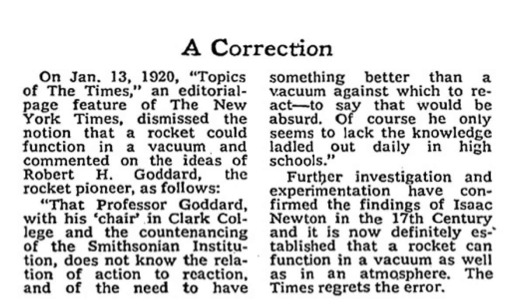 The Times then acknowledged in their correction that "further investigation and experimentation have confirmed the findings of Isaac Newton in the 17th Century and it is now definitely established that a rocket can function in a vacuum as well as in an atmosphere. The Times regrets the error." The picture above is of such rockets working in space – the Space Shuttle Atlantis using its Orbital Maneuvering System engines during the STS-98 mission in 2001.

It should be pointed out that the newspaper made no mention of the Apollo 11 mission in its correction. The Times did indeed cover the mission's launch on its front page that day, with a picture of astronauts Neil Armstrong, Edwin "Buzz" Aldrin, and Michael Collins waving goodbye above the fold.

Thirty-two years later, in November 2001, the daily included their correction about Goddard on a list of errors that had been printed during the first 150 years of their history.