‘The Little Movie Studio That Could’; What A24 Reveals About the Media/Hollywood Bubble

Toto wrote this in his DVD review: 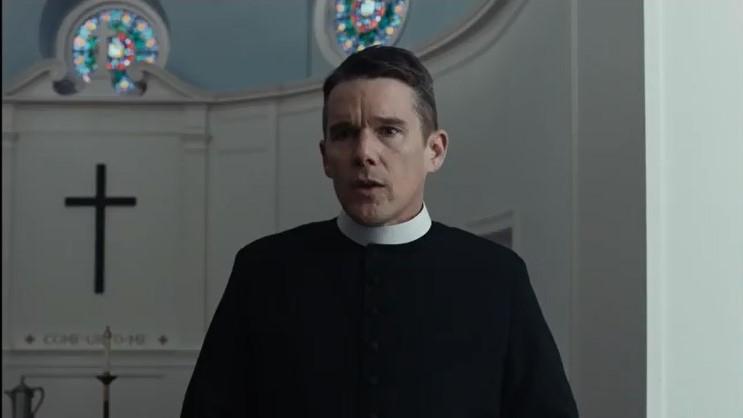 Is [Paul] Schrader’s film a cry for eco-terrorism? An example of how faith can lead us to destruction? An attack on organized religion, the kind powered by American consumerism and ego? He’s not offering any easy answers. His thumb is still pressed down on the moral scale.

A supporting character represents the company underwriting First Reformed’s 250th anniversary gala and, not so indirectly, Toller’s spiritual life. Naturally, the screenplay cast him as a true mustache twirler, a jerk who cares more about the bottom line than another man’s shattered spirit.

Sad, but not surprising; especially since it comes from an arthouse film and television studio based in New York City and established in 2012 called A24 Films. It’s recently received glowing praise from some of the usual suspects in the liberal media, such as GQ, The New York Times (with the headline ‘The Little Movie Studio That Could”), and Vanity Fair.

Whether you can deem them an arthouse or tentpole movie company, the liberal media love to talk about A24’s content, including the pro-abortion “comedy” Obvious Child and the Oscar-winning Moonlight (making a hero out of a gay Miami drug dealer).

Most are fairly unknown to most people, but the few that broke through into the mainstream include The Spectacular Now, A Most Violent Year, Ex Machina, Amy, Room, The Witch, Lady Bird, The Disaster Artist, and Hereditary.

ReelViews critic James Berardinelli described A24's Best Picture-winning film Moonlight as “universal in scope and intent.” How laughable. By and large, most of their movies lack universal appeal and thus can’t even reach the top 20 films of the year in terms of domestic or international box office revenue.

Who wants to see movies about young women robbing a restaurant for college tuition money or coming-of-age stories painting a sympathetic picture of drug dealers? Probably not a ton of people.

It should come as a surprise to no one that A24 has a very open liberal agenda. Last year, they did a satirical trailer called BREITBART (a cheap shot at the conservative news website of the same name), which painted the whole Trump administration as one big horror movie.

Ominous background music and dogs shouting as Charlie Spiering spoke with Sean Spicer? What the heck was that?

At this rate, the folks at A24 have become this generation’s equivalent to Miramax Films or the now-defunct Weinstein Company, two studios that made movies that largely no one but the liberal media enjoyed.

As for the rest of the country, at least we have fictional and real-life heroes plus the usual family fare (both animated and live action). Movies are meant to be an escape from real life, because we already have enough reflections of how ugly the real world is already.