MSNBC Analyst: Privacy Will Be Abolished, Supreme Court Will 'Come After Desegregation' 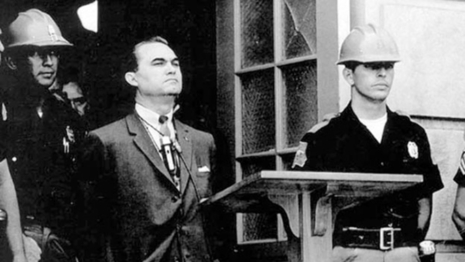 As absurd as that scenario sounds, something like that could happen—if you believe Glenn Kirschner. The MSNBC legal analyst appeared on Jonathan Capehart's Sunday Show, with New York Times columnist Charles Blow serving as substitute host.

Asked by Blow what the future of privacy rights is in a post-Roe world, Kirschner answered:

"Oh, I think privacy rights will be all but abolished. Whether it is gay marriage, whether it's interracial marriage, which I think might qualify as irony for Justice Thomas, whether it's contraception. And I don't believe for a minute they're not going to come after desegregation."

Kirschner called for a "full-frontal assault on the Supreme Court." While adding that he was speaking of a "non-violent assault," he went on three times to call for an "attack" on the Supreme Court. Then-President Trump called on people to march "peacefully and patriotically" to the Capitol on January 6, 2021. But that hasn't stopped Democrats from calling for him to be prosecuted for instigating the riot.

Kirschner also called on Congress to begin impeachment hearings against conservative Justices, who "deceived the American people" regarding Roe during their confirmation processes. 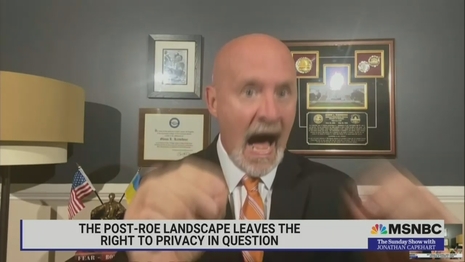 Blow, in his ponderous, not-made-for-TV cadence, agreed with Kirschner. Blow said that "we"—then tried to cover himself, saying, "the Democrats"—need to go on the attack.

Note: Kirschner is the same lunatic who called for Trump to be prosecuted for homicide over his handling of Covid. Prosecute Trump—the guy who spearheaded Project Warp Speed, which developed vaccines in record time?

CHARLES BLOW: The abortion case is essentially a privacy case. what is the future of privacy rights in a post-Roe world?

GLENN KIRSCHNER: Oh, I think privacy rights will be all but abolished. Whether it's gay marriage. Whether it's interracial marriage, which I think might qualify as irony for Justice Thomas. Whether it's contraception. And, I don't believe for a minute they're not going to come after desegregation.

But here's the thing, Charles, we don't have to sit here and take the punches. That is what it looks like and feels like we are doing. But I'm reminded of an old political slogan, that we of a certain age will all remember. It always struck me as a little vulgar, but it's the economy, stupid. Well, I think in 2022, it's the democracy, stupid.

And if we don't go on the attack, full-frontal assault of the Supreme Court. Non-violent assault, of course. But on two fronts.

One is, Congress should be gaveling open impeachment inquiries. Because we know that judges, in their zeal to become Justices, deceived the American people in the way they answered questions. Not only under oath, publicly, but behind closed doors, I'm betting.

If we issued subpoenas to the people that they spoke with about what they really thought about Roe v. Wade. You know, the judges take an oath, and they swear that they take that oath without mental reservation or purpose of evasion. And some of these judges did nothing but evade. They were evasive. And we need to at least open hearings to explore Clarence Thomas' conflict, the potential deception by judges in their zeal to their zeal to become justices, knowing that at the earliest opportunity they would overrule women's privacy rights. All the while they were answering questions to convey, nothing to worry about here, because to me Roe is settled precedent worthy of respect.

BLOW: I think I agree with Glenn's point that we, that Democrats, need to go on the attack.