Imagine a Republican president exhibiting the same confused behavior that Joe Biden did during the G-7. A wandering, bewildered, unsteady-on-his-feet Biden, having to be led away by Dr. Jill.

And later, a befuddled Biden "correcting" Boris Johnson over his supposed failure to introduce the president of South Africa—when only moments before Johnson had done just that. 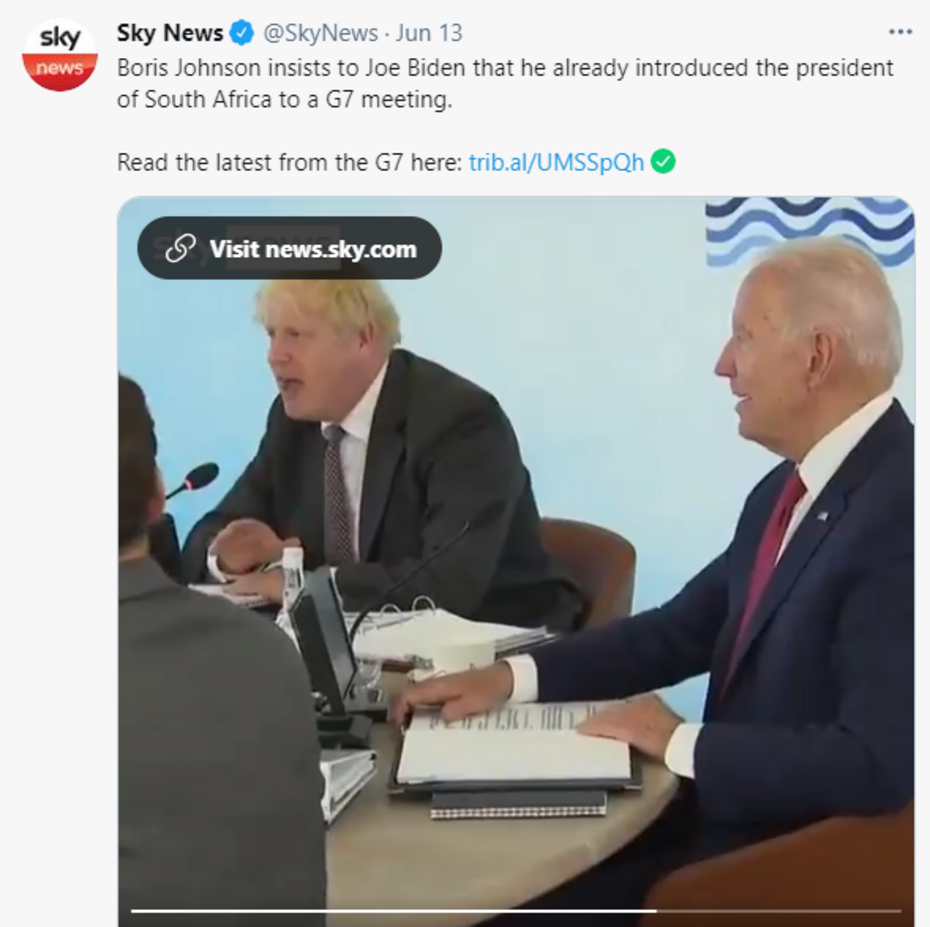 The liberal media would be painting the portrait of a badly diminished president. An endless stream of "experts" would be brought on to solemnly expound on the 25th Amendment, and the procedures and political possibilities for removing a president manifestly unfit to perform his duties. 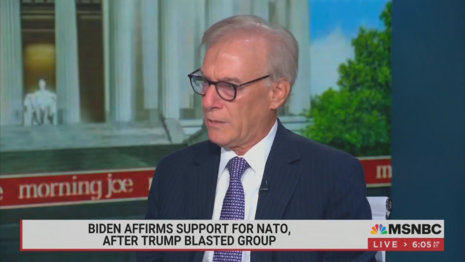 But when the doddering president in question is Joe Biden, the liberal media has the chutzpah to depict him not merely as "calm," but actually as the "strong leader" of the free world. That's exactly how Washington Post editor and MSNBC regular David Ignatius described Biden on Morning Joe today. Mika Brzezinski seconded Ignatius's take, claiming that Biden's "messaging matched the moment."

DAVID IGNATIUS: I think the point is that this theme, “America’s back,” now has a practical face. And that’s Biden.

IGNATIUS: He’s calm, he doesn’t take the bait. People say, you know, is Putin a killer? He wants to — he just refuses to repeat that on the eve of his meeting with Putin, because he’s a lot calmer and more comfortable in his position as a leader. So, on the eve of the meeting with Putin, which really does matter, I think Biden can say he got everything out of this trip so far that he would have wanted.

And most of all, the basics that you’re talking about. America’s strong, our economy is growing like gangbusters, we vaccinated this huge percentage of our population. He is the strong leader of this alliance. and showed it in England and in Brussels.

MIKA: And the messaging matched the moment.

This is truly one of those, "who you gonna believe, us or your lyin' eyes?" moments. Sorry, MSM, but we're going to trust our peepers rather than the pro-Biden propaganda you're peddling.

Pet Peeve Alert: Among current fave phrases for liberals, "meeting the moment" is really annoying. Mika used a variation today, saying Biden's messaging "matched the moment." Even worse: "leaning in." We recently caught Terry McAuliffe using it three times in a brief statement. As we asked, does anyone ever use "leaning in" in normal, human, conversation? If not, then why would anyone ever use it, unless they think it makes them sound "with it?" Pro tip: it doesn't!

Morning Joe depicting an obviously diminished Joe Biden as "calm" and the "strong leader" of the G-7 alliance was sponsored in part by Applebee's, Lexus, Liberty Mutual, and Sandals.