Could Joe Scarborough be on the verge of one of those later-in-life, dramatic, personal transformations? Working through his personal history, and consumed with hatred of Donald Trump, could Joe end his days in a state of religious fervor, transforming from TV personality into unordained preacher, roaming the country, declaring and repenting for his life of sin, and bidding others to join him in his search for redemption?

The possibility is posed after Scarborough opened today's Morning Joe wtih yet another of his quasi-religous sermons, complete with table-pounding, and needle-pinning screams. The gist was that Dr. Fauci is simply telling the truth about the virus, whereas President Trump has been peddling lies. Joe begged people to believe Fauci.

In the course of doing so, Scarborough invoked his Baptist faith, called himself a sinner, extolled the notion of deathbed conversions, quoted Elton John lyrics. Everything short of snake-handling and speaking in tongues--at least for now.

Mika Brzezinski sat by during her husband's agitated ramblings, occasionally laughing nervously as Joe waxed rapturous. When Scarborough finally wound down, Mika observed, "wow, right out of the box!" 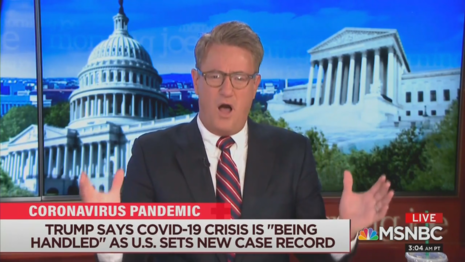 JOE SCARBOROUGH: Dr. Fauci again is doing what he’s been doing from the beginning! He’s been [starts to scream] telling you the truth! And you haven’t wanted to hear it! So you put up these stupid!, stupid conspiracy theories on Facebook!, where you say he and a cabal of George Soros types are just making this up. To make millions of dollars.

Friends, people who voted for me, they believe the lies, they believe the stupidity. They believe the conspiracy theories. When guess [pounds table] what Dr. Fauci's been doing from the very beginning? . . . You didn’t believe him when it was in New York City. You thought this was a conspiracy theory. You thought this was like Neil Armstrong walking on the Moon in a Burbank, like, movie studio. Oh, he really wasn’t on the Moon, was he!? It was just a sound stage in Burbank. That’s what you thought when it was in New York City.

Well now, from the end of the world to your town, as Elton John sang in Captain Fantastic and the Brown Dirt Cowboys, suddenly, Texas is now telling people they have to wear masks!

So please, as Marjorie plays Just As I Am in the background, please, please, make your conversion. Not to science. I’m not asking you to embrace science over Jesus. I’m just saying — just talk to your doctor, okay? This is basic medicine. This is Doc Hollywood stuff. This is not hard, okay? Just basic medicine.

This is all basic, simple stuff. And I understand there’s been a guy in the White House who's been trying to convince you otherwise of this — this is a culture war. This is no more of a culture war than cancer's a culture war! . . .  [Pounds table] This is basic science, this is basic medicine. Follow the doctor’s advice, and let’s all live to tell about this, okay?

MIKA BRZEZINSKI: And with us on this Friday--wow! Right out of the box. 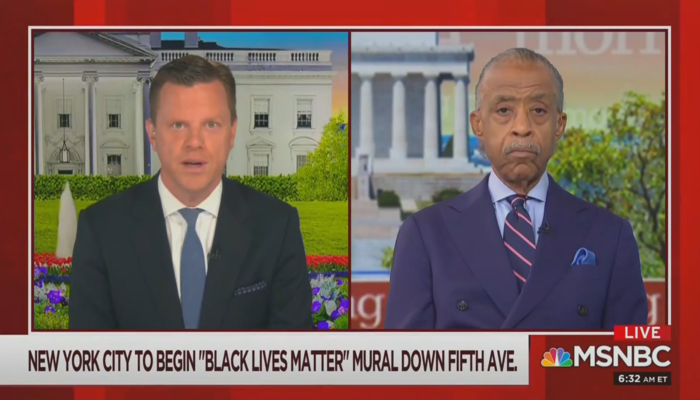 Willie Geist: Al Sharpton and I Can't Afford to Shop on 5th Avenue 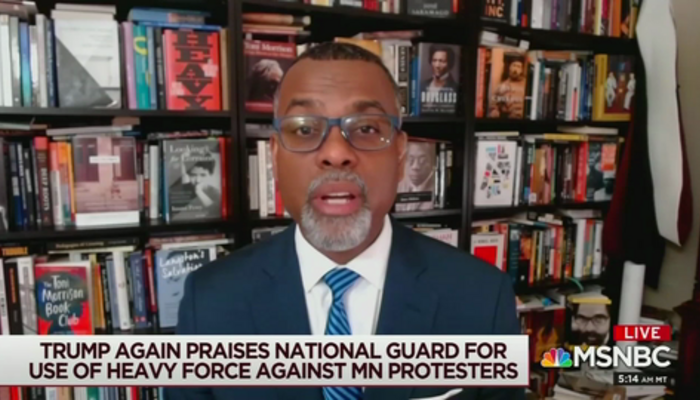 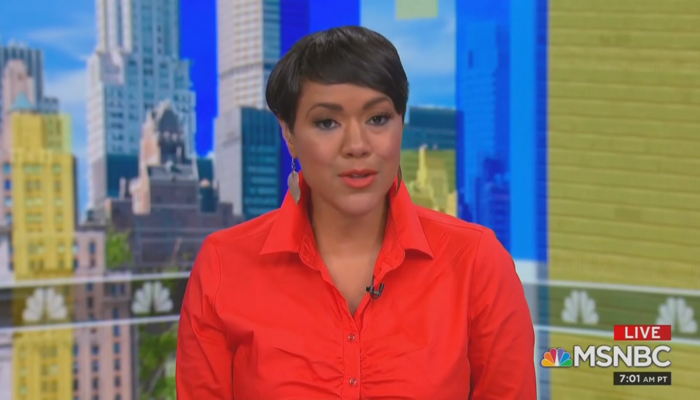 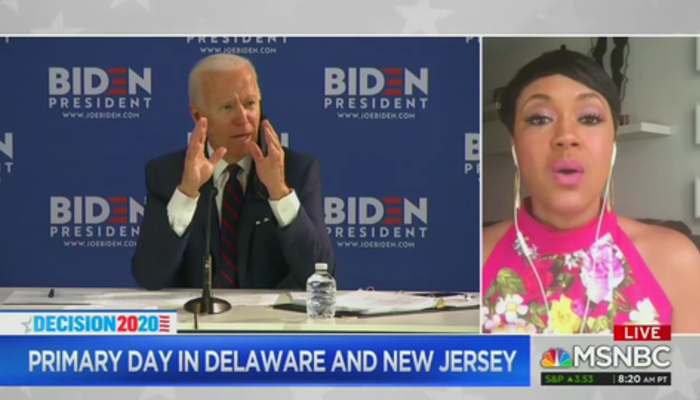