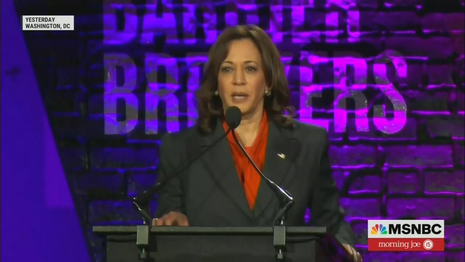 On Wednesday, The Daily Wire’s Joseph Curl covered this recent revelation: “A new book by two New York Times reporters says Vice President Kamala Harris has been seeking political advice from MSNBC host Joe Scarborough.” He went on to highlight how “Jonathan Martin and Alex Burns, authors of ‘This Will Not Pass,’ write that as her approval ratings plunged, ‘Harris began seeking out advice from beyond her inner circle, taking counsel from longtime veterans of the Washington scene like Rahm Emanuel, the Chicago mayor-turned-ambassador to Japan, and Joe Scarborough, the congressman-turned-MSNBC star.’”

“The writers say that Harris began to get desperate as her approval rating plummeted. She hit just 28%, according to a November poll of registered voters released by USA Today and Suffolk University,” Curl noted. He cited the Washington Free Beacon explaining part of the reason for Harris seeking Scarborough’s advice: “‘The authors note that by the end of President Joe Biden’s first year in office Harris was ‘as politically isolated as she had ever been,’ and ‘few Democrats had confidence’ in her ability to be the party’s standard bearer in 2024 or beyond.’”

Read the full article at The Daily Wire.