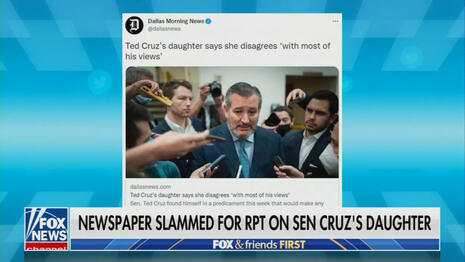 Enloe explained how the major Texas newspaper “published a story last Thursday claiming Cruz found himself in a ‘predicament’ last week, which the story identified as ‘an outspoken teenage daughter with a TikTok account.’” He went on to highlight how even elected Democrats and liberal media figures like MSNBC’s Joe Scarborough condemned the Dallas Morning News for it’s “ghoulish” story.

Read the full article on The Blaze.