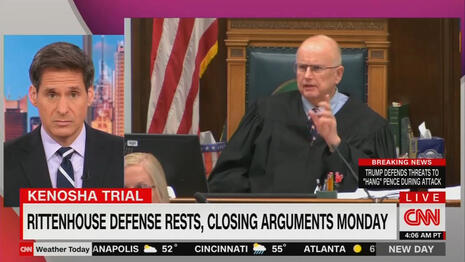 The NR piece highlighted a passage from the absurd CNN article that hyped Judge Bruce Schroeder joking at the start of a Thursday lunch break: “I hope the Asian food isn’t coming… isn’t on one of those boats from Long Beach Harbor.” McCormack observed: “So, the judge’s corny joke here was that he hoped the Asian food that had been ordered for lunch wasn’t stuck in one of America’s ports in California after being shipped all the way from Asia.” He then asked: “What exactly is the stereotype here?”