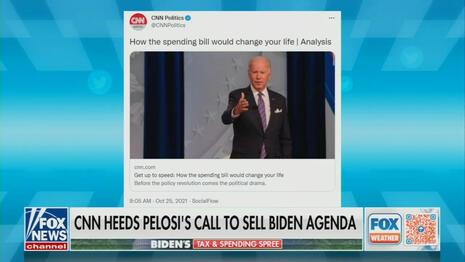 She pointed out how: “On Sunday, CNN posted an analysis titled ‘Get up to speed: How the spending bill would change your life.’” That blatant sales job “promoted ten ‘bold ideas’ included in the bill and went as far as to claim the bill could ‘feed every hungry child’ in America and ‘bring kids out of poverty.’”