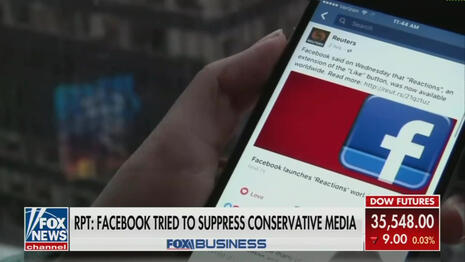 On Sunday, RedState’s Nick Arama covered a Wall Street Journal report that Facebook employees sought to suppress content from conservative news sites like Breitbart. He explained: “Facebook employees have consistently tried to suppress or de-platform outlets on the right, despite objections by managers who don’t want the political fallout. The WSJ allegedly saw internal discussions on a message board that the employees used.”

Arama went on to detail how conservative sites were singled out in Facebook’s process: “The report said that after the fact-checking system came in, with things being adjudged false by third-party fact-checkers, which would then earn ‘strikes,’ there was more action against conservative outlets.”