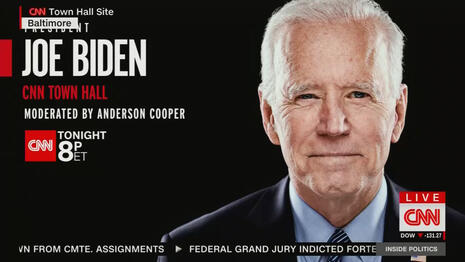 On Thursday, The Washington Times reported that President Biden and CNN were under fire for the media outlet's decision to allow an upcoming town hall event with the President to be "invitation only." As the paper pointed out, it comes "in light of what critics say is Mr. Biden’s reluctance to field direct questions from the media."

"Mr. Biden is set to pitch his faltering economic and social agenda directly to voters at the town hall airing exclusively on CNN and hosted by Anderson Cooper," the Times explained. It then added: "CNN said earlier this week that the event will feature an 'invitation-only audience'....It is not unusual for a presidential town hall to feature pre-selected attendees....Ahead of Mr. Biden’s CNN town hall in Cincinnati in July, the network had reached out to organizations such as labor unions, colleges and business groups asking people to apply to ask questions."

Read the full article at The Washington Times.