McCain Rips Media's Lockdown Hypocrisy: 'Is It Only a Pandemic If You're a Conservative?' 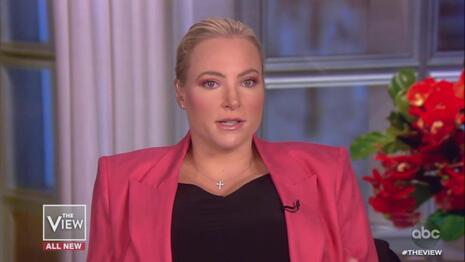 On Tuesday’s The View, co-hosts Joy Behar and Sunny Hostin fumed at Mike Pence and President Trump for inviting supporters to a Trump 2020 rally in Oklahoma this weekend, claiming they were being a “menace to citizens” because of coronavirus. But co-host Meghan McCain embarrassed her co-hosts by calling out the media’s blatant double standard on lockdowns and the pandemic.

Sunny Hostin started the segment ranting that Vice President Pence was a “menace” for saying that the curve was flattening in Oklahoma while inviting Trump supporters to his rally in Tulsa. Hostin claimed, without evidence, that an uptick was caused by reopening businesses, (not protests or an increase in testing):

“You're inviting 60,000 people to a rally where masks are optional. Where they might very well be infected with a life-ending virus. I just think he's a menace to citizens!” she fumed adding, “It's despicable!”

That’s when Meghan McCain pointed out how the media is hammering Trump while ignoring the left's hypocrisy:

Do you think Chris [sic] Cuomo cared about people's health when he moved old people around to nursing homes that were COVID positive and a lot of people died, including my friend Janice Dean’s mother-in-law and father-in-law? There's a lot of hypocrisy to go around here and is this one of the issues I’m really enraged about. I don't think anyone should be in giant rallies right now, because we’ve been told from medical experts that it’s not safe. But the message from the media is as long as you are protesting something or going to a rally that is of the right politics you can do it and we're going to ignore the spread of COVID. So going to a Trump rally is somehow much more dangerous than going to a rally in Brooklyn over the weekend?

She went on to point out that a lot of people are angry at the mixed messages, during a time when they haven’t been allowed to say goodbye to loved ones who have passed. She called out Democrat Mayor of New York City, Bill de Blasio, for not letting parents take their children to playgrounds but still marching with hundreds of thousands of people in Brooklyn. She scolded:

As you would expect, her liberal co-hosts tried to excuse the double standard. Behar complained that Trump “fired the pandemic team” and that with Andrew Cuomo it was “a whole different ball game” because he didn’t make people sign waivers.

After the break she added the media’s latest spin:

Well, I just wanted to make another distinction to what Meghan said. That is that the rally for Trump is indoors. The protesters are out in the streets and most of them are wearing masks I notice even though a lot are not and they should be. But the indoor situation is ten times worse and much more dangerous. That's all. It's completely different.

“It just seems to me that, when you yourself make the decision to go outside and protest and exercise your constitutional right to protest injustice like we've seen the murder of unarmed black men, that is one thing,” she said before saying there “was a significant distinction” between “protesting injustice” and attending a Trump rally:

“One is someone choosing to go outside. One is the administration inviting people -- inviting 60,000 people or more to an indoor arena knowing the risk and then lying about the risk and minimizing that risk,” she argued.

Whoopi Goldberg was the only liberal co-host to be consistent (at least during this segment). She claimed that no one should be holding rallies or marching in protests right now because of coronavirus. 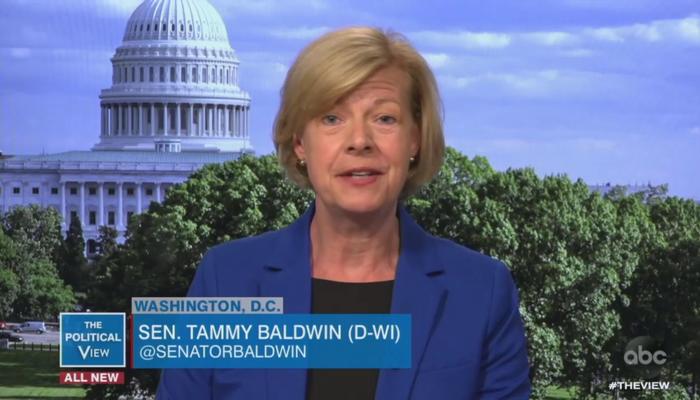 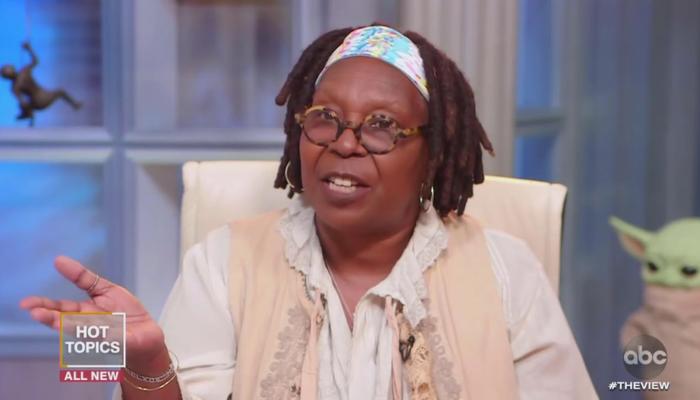 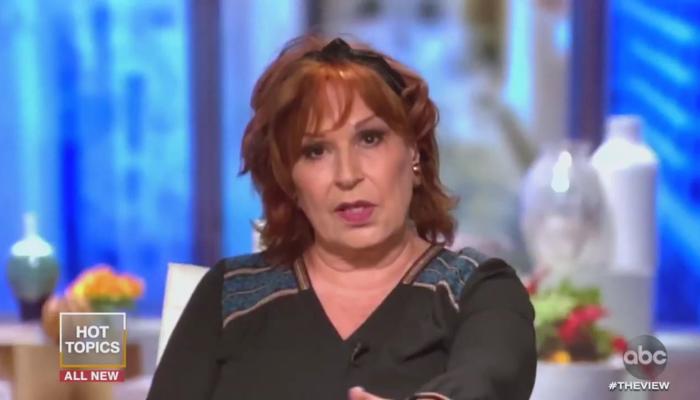