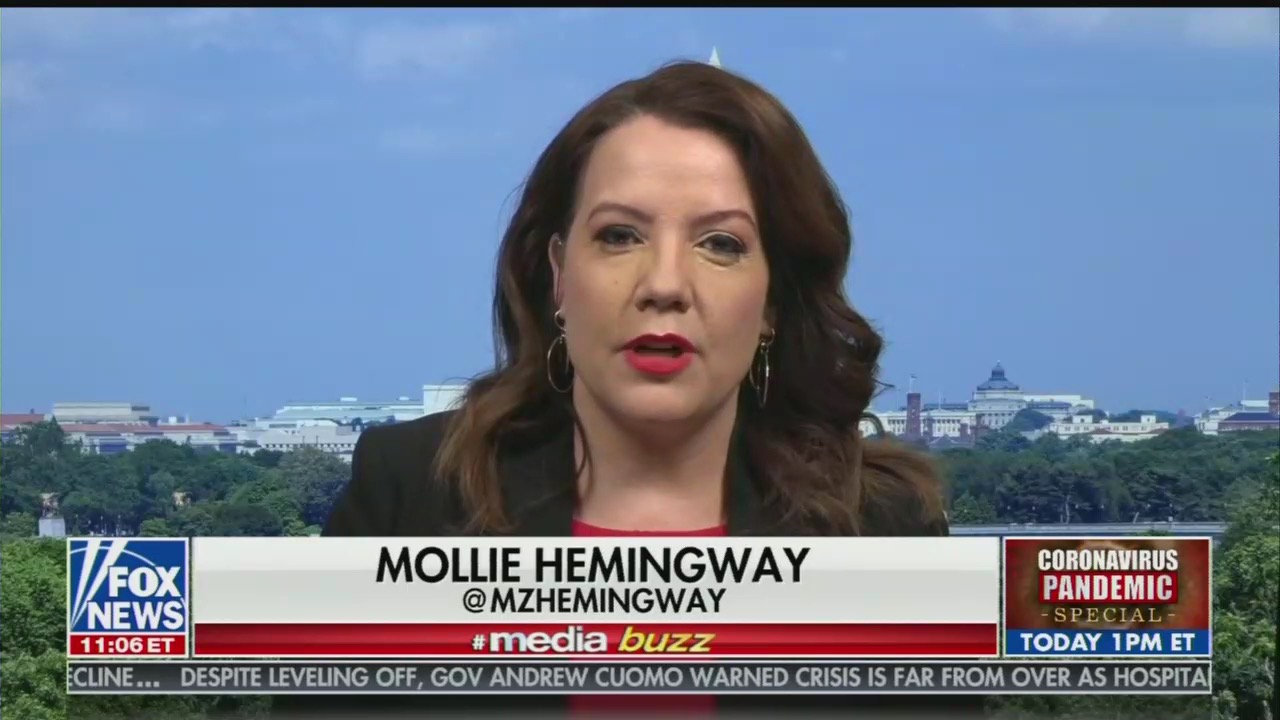 As the media has reluctantly admitted that New York has passed its peak with COVID-19, it would be a good time for journalists to also acknowledge how they spread misinformation from that state’s Democrat governor, about the Trump administration shortchanging them on ventilators their hospitals needed. However that is highly unlikely to happen, because it would require journalists to also admit that President Trump was right and they were wrong.

On Fox News Channel's MediaBuzz Sunday, The Federalist’s Mollie Hemingway noted how the media still hasn’t acknowledged how they majorly messed up by insisting that Governor Andrew Cuomo’s demands for 30,000 ventilators from the federal government was a reasonable and accurate demand for the hard-hit state:

I also want to point out about Andrew Cuomo, it was just a couple of weeks ago that President Trump came in for a ton of criticism because he doubted whether Andrew Cuomo really needed 40,000 ventilators. He was asking for 30,000 from the federal government and Trump said, I don't know if that's -- if that's quite right. It turned out that New York already reached its peak and I think they only used about 5,000 ventilators and I haven't seen any media readdressing that issue after condemning Trump so strongly for wondering if Andrew Cuomo had a really good handle on how much he needed.

To see just how crazy Cuomo’s demands were, White House economic adviser Peter Navarro noted on Fox News, Sunday, that he had demanded twice the number of ventilators that FEMA had in stockpiles for the entire country.

Regardless, the media rushed to condemn Trump, with snide headlines accusing him of either being ignorant, or not caring about people dying in New York because they didn’t have enough ventilators or hospital beds (another number Cuomo was way off on.)

Days after Cuomo falsely claimed that New York needed 30,000 ventilators from the federal government, PBS’s Yamiche Alcindor badgered the president during a briefing for saying he didn’t need that many. For haranguing the president, she went on to receive high praise and accolades from her media colleagues and late-night tv hosts for her “accurate and tough” questioning of President Trump. But she was wrong, like the rest of the media. Even Cuomo backtracked from his ludicrous assessment.

New York only ended up needing a fraction of the amount Cuomo asked for. In fact, he ended up having too many ventilators. Yesterday, he confirmed New York was sending 400 ventilators to Massachusetts, after already sending 100 to Michigan, 50 to Maryland and 100 to New Jersey last week.

On Friday’s The Eleventh Hour on MSNBC, host Brian Williams even brought up President Trump’s tweet that day calling out Cuomo for his inaccurate ventilator numbers. But he wouldn’t acknowledge that Trump was right. In fact, earlier in the week, Williams did an entire segment saying the Trump administration was lying about New York hospitals having the supplies they needed.

Over on CNN on Friday, Andrew Cuomo’s brother Chris Cuomo, scoffed at those tweets from Trump saying, “literally everything in there is inaccurate.” Like Williams, he wouldn’t actually provide any evidence that they were inaccurate.