Rather Demands Press Psychoanalyze Trump, Instead of Report His Words 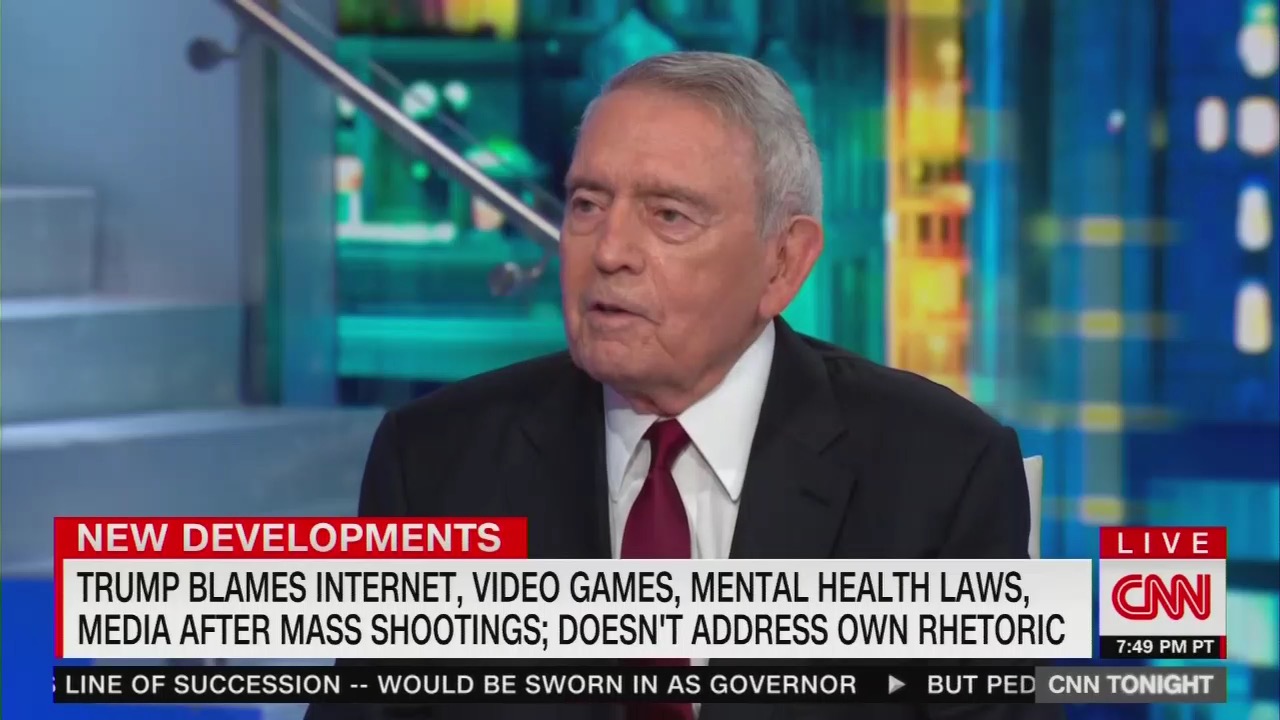 Disgraced former news anchor Dan Rather has been enjoying a lengthy comeback with the liberal media propping him up for being an outspoken member of the anti-Trump resistance. He was welcomed by race-baiting CNN host Don Lemon on CNN Tonight Monday, to explain why the press needed to stop quoting the President, and instead, psychoanalyze what he says.

Lemon began by reading Rather’s tweet from earlier that day, telling the press to stop quoting Trump and instead start altering what he says by adding their own “context.” (Too late Dan, CNN already does that!)

To my fellow members of the press, I suggest we refrain from quoting the presiden’ts words from prepared speeches into headlines and tweets without context. He sometimes says the right thing. The real questions are what he does and what he really believes.

To my fellow members of the press, I suggest we refrain from quoting the presiden’ts [sic] words from prepared speeches into headlines and tweets without context. He sometimes says the right thing. The real questions are what he does and what he really believes.

Lemon was eager to know, asking, “What does he [Trump] really believe?” Rather answered, “fear conquers,” before equating the recent deadly shootings to the Civil Rights movement. Rather argued journalists needed to be on the right side of history by reporting their “truth” instead of the facts:

This moment in history remind me a great deal of when I was covering the Civil Rights Movement and Dr. Martin Luther King, Jr. in the early 1960s. It was clearly definitively right and wrong. That was the truth of the situation. Then and now it's the job of journalists not to try to hide or obscure but to speak the truth, and that's where we are now. People say, well, I'm not sure President Trump is racist, but racist is as racist does.

Rather added that the media needs to watch “not so much what he says,” because “any time he tries to speak about hope or compassion, it's about as authentic as a Times Square Rolex.”

Lemon jumped in to humblebrag about how “hard” it was for him to call Trump a racist.

“It did not come lightly or easily for me to say, ‘The President of the United States is a racist,'” Lemon claimed, (the frequency at which Lemon calls Trump a racist would suggest otherwise.) He added, “[B]ut in journalism, journalists work with facts and with evidence. And all one has to do is look at the evidence.”

“Well exactly. It’s speaking truth!” Rather, the journalist who lost his job for reporting fabricated documents on President Bush, agreed.