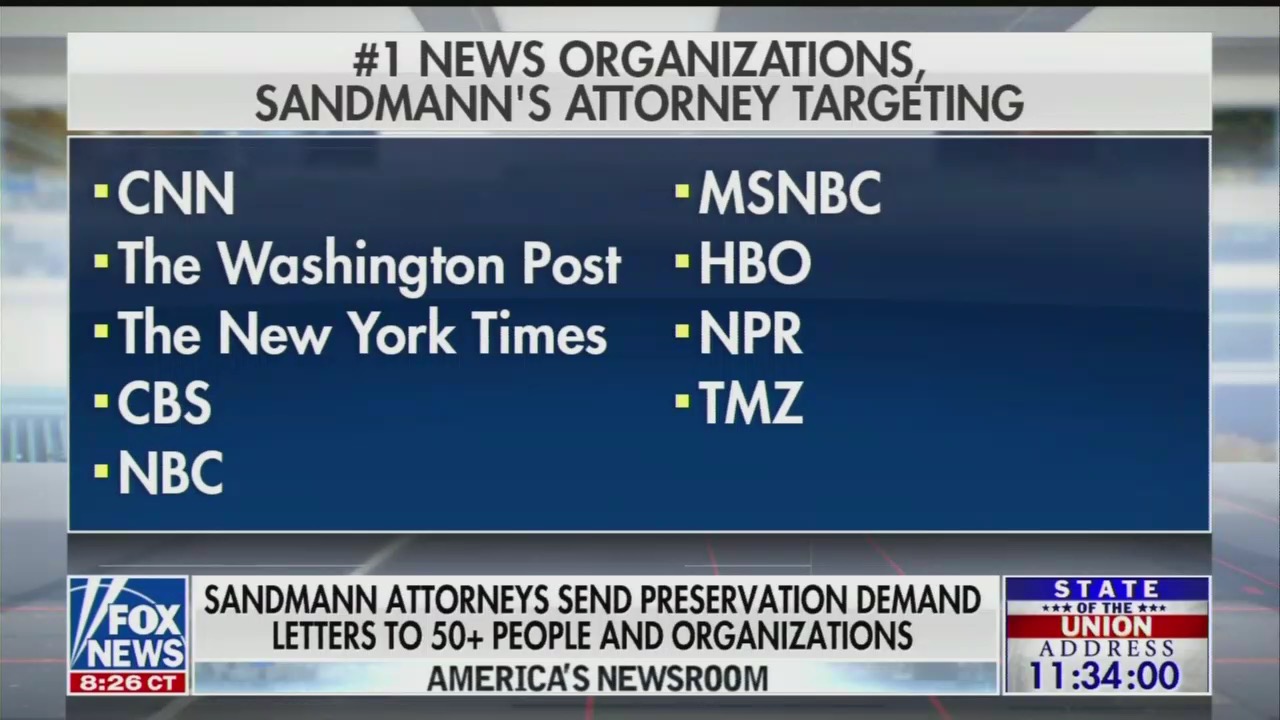 Dozens of prominent journalists are on their way to being sued for defamation according to Fox News. On FNC’s America’s Newsroom Tuesday, Doug McKelway reported that these journalists from just about every liberal outlet imaginable, are receiving preservation letters from Covington student Nick Sandmann’s lawyer. The letters order them to not destroy any reports or correspondences related to their coverage of the incident which smeared the teens as racists.

FNC’s McKelway reported that “more than fifty high profile journalists and actors,” received the warning letters, which demand any “emails, texts, broadcasts, etc including internal communications relating to their coverage of the Covington stand-off,” be kept. McElway called this letter the “prelude” to a lawsuit before naming some of the prominent journalists and celebrities being targeted with this lawsuit:

In addition to defamation, Sandmann’s attorneys told Fox they will also be looking at the damage done over charges of “cyberbullying, cyber-harassment, cyber-assault and the intentional infliction of emotional distress,” caused by these members of the media.

McKelway noted that Fox’s legal analyst Judge Andrew Napolitano didn’t see the grounds for “children” raising defamation cases, but that attorneys for Sandmann argued that the students’ future prospects for college and jobs were now at risk because of the damage that was done by the media.

He ended his report explaining that Sandmann’s lawyer released a fifteen minute long video last Friday which spliced actual footage of the incident with media coverage misrepresenting what happened. McKelway also noted that these lawsuits will likely be heard in the students’ hometown, where they will receive a lot of support:

“The bad news who are named in the potential lawsuits is the cases will likely be heard in Covington, Kentucky, a heavily Catholic community where there is overwhelming support for the Covington kids,” McKelway stated.

The other “bad news” for the media is that there is overwhelming evidence showing how they concocted a smear campaign against these kids, and are now facing the consequences.