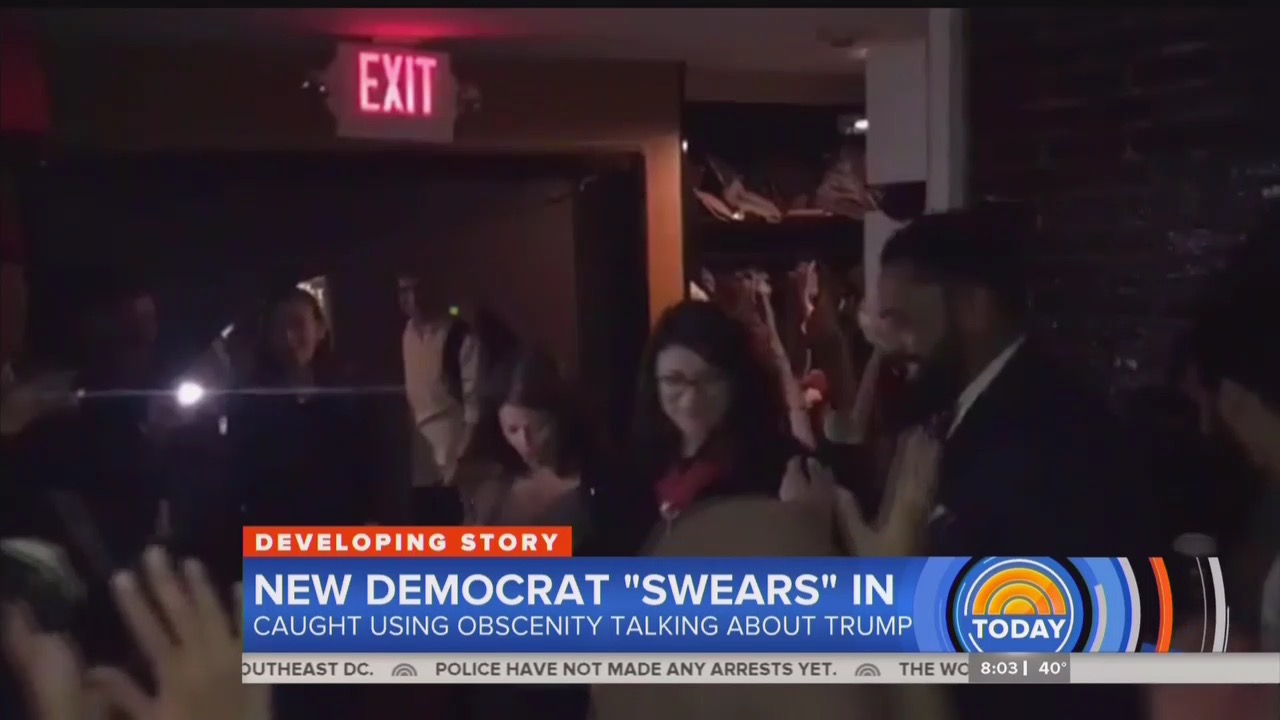 Much has been made in the media of the diversity in the new Congress, particularly of the two female Muslim Democrats sworn in Thursday. While ABC found time to praise Michigan Rep. Rashida Tlaib’s swearing in on Thursday’s Good Morning America, the next day the network was reluctant to report on her vulgar tirade against President Trump.

Talib’s rant was caught on camera Thursday night, where she was speaking to a crowd of her supporters. In the clip, Talib can be heard explaining to her young son that President Trump is a “bully” and she was going to “impeach the mother******,” which drew cheers from her supporters.

ABC was the only network to skip Talib’s comments entirely on Friday’s Good Morning America. NBC gave a brief mention of the incident on the Today show, while CBS This Morning gave an even briefer mention.

WELKER: [W]ith more than 100 women sworn into the that's a record. It was not without controversy though. Congresswoman Rashida Tlaib of Michigan, the first Palestinian American member of congress blasting the president overnight first in an op-ed she co-authored in The Detroit Free Press writing in part, quote, 'the time for impeachment proceedings is now' and later at a party where she was caught on camera apparently using an expletive to talk about the president.

TALIB: We are going to impeach [ bleep ].

WELKER: We reached out to Congresswoman Talib’s office about that video calling for impeachment and so far no response.

CBS This Morning was even more brief:

"Some members want to go further and vote on articles of impeachment against the president. This was new congresswoman Rhashida Tlaib at a gathering last night," reporter Nancy Cordes said, before playing the video clip.

Of course the double standard here is, can you imagine how the media would’ve been foaming at the mouth about “decency” and “respect for the office” had a newly elected Republican congressman made this comment about President Obama when he was in office?