Behar, Hostin Try to Shame Ben Sasse Over Kavanaugh Vote: 'Did You Not Believe Her?' 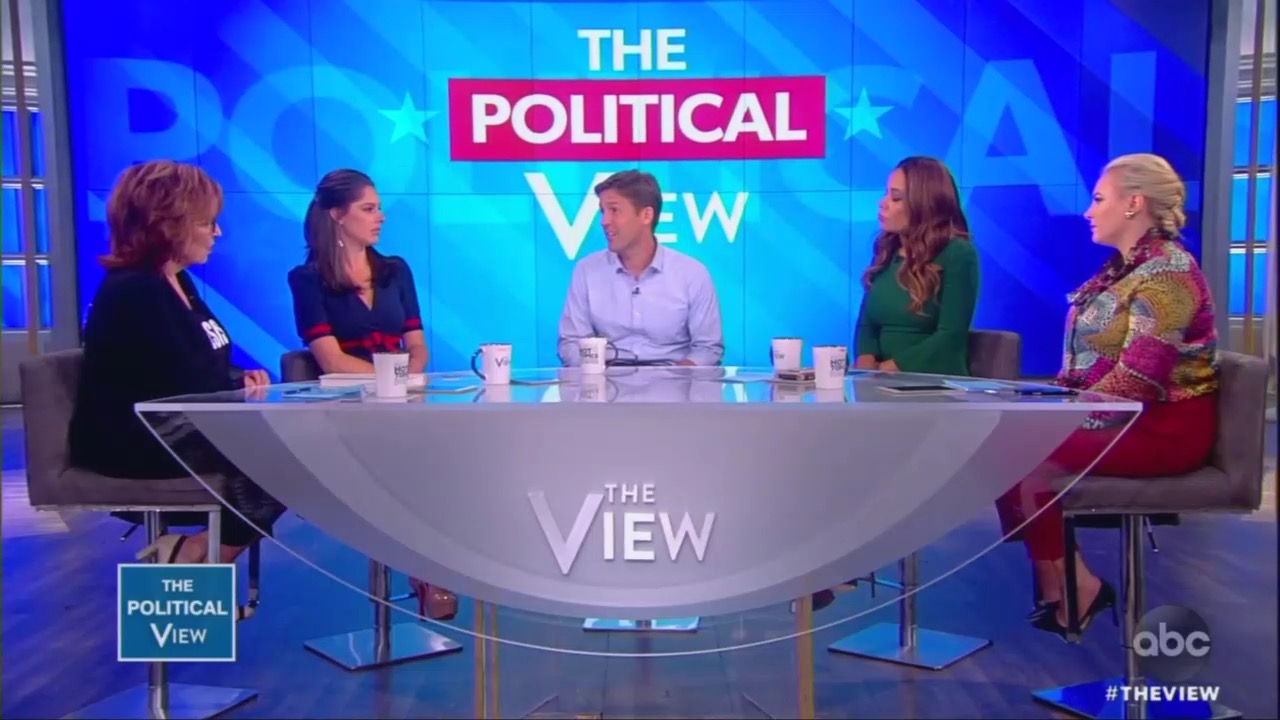 Republican Senator from Nebraska Ben Sasse was on The View Monday to talk about his new book about combatting America’s partisan “tribalism” in politics and the culture. But the liberal hosts at the table mostly wanted to grill Sasse on his politics, from voting with the president the majority of the time, to voting to confirm Justice Brett Kavanaugh.

Co-host Joy Behar wasted no time, immediately calling out Sasse for voting for Kavanaugh, trying to characterize him as a hypocrite:

You said at the hearing with Kavanaugh that you thought Dr. Ford was a victim, which I’ve heard from a lot of Republican senators. You even went down and shook her hand and you seemed sympathetic to her plight and yet you still voted for Kavanaugh. Same thing with Susan Collins and other people who -- Flake, very sympathetic, she's a victim, and then you all voted for him anyway. Why?

Sasse went on to first praise the “#MeToo” movement as “really important,” saying that Ford “needed to be heard,” but he said that the investigation and lack of corroboration from 4 alleged witnesses led him to vote to confirm Kavanaugh.

Behar tried to argue with Sasse claiming the people named simply “didn’t remember it” and were “probably drunk.”

Sasse tried again to find common ground, citing support over the #MeToo movement. But Behar wasn’t letting it go, and co-host Sunny Hostin jumped in to berate Sasse as well for “not believing women:”

BEHAR: But if he did what she says he did, and she says she remembered him, exactly him 100%. Susan Collins is saying ‘well maybe somebody else hurt her.’ Maybe that’s your position. She said, it was him! You know who it is who’s assaulting you! If that's all true, we're stuck with this guy for the rest of our life. He’s very young for the Supreme Court!

SUNNY HOSTIN: Did you not believe her?

BEHAR: It’s a huge problem for this country!

HOSTIN: Did you not believe her testimony?

Sasse took the same approach Republicans like Susan Collins did, in emphasizing that Ford was a “victim” who was taken advantage of by the “media circus, but he added, “there were real problems with her story when the FBI did their investigation.”

Hostin then got her chance to argue with the Republican senator, accusing him of trying to have it both ways in calling himself a Never Trumper during the 2016 election but voting with President Trump 87% of the time. “How do you reconcile that?” she asked.

Sasse responded that he wasn’t going to change his conservative principles simply because Trump had “embraced some of the legislation that I’ve always held.” But Hostin kept trying to portray Sasse as a hypocrite.

“You talk about the Statue of Liberty [in your book],” Hostin noted, “but you opposed the bipartisan DACA bill and the immigration bill. That doesn’t make sense to me,” she confronted Sasse. “Give me your tired, your hungry, your poor!” she gushed.

Behar also grilled Sasse on what he was “doing” for the hundreds of illegal immigrant kids who were separated from their families at the border. “What are you going to do about it?” she demanded.

While questioning a politician’s record is fair, Behar and Hostin do not take the same aggressive approach to Democrats when they are on the panel. In fact, they typically try to goad the Democrat to bash President Trump (see Elizabeth Warren) or let them explain their pet issues or platform without any critical questions (see Ocasio-Cortez or Cynthia Nixon.)