Camerota: We Should Be More Worried About Lightning Than Islamic Terrorism 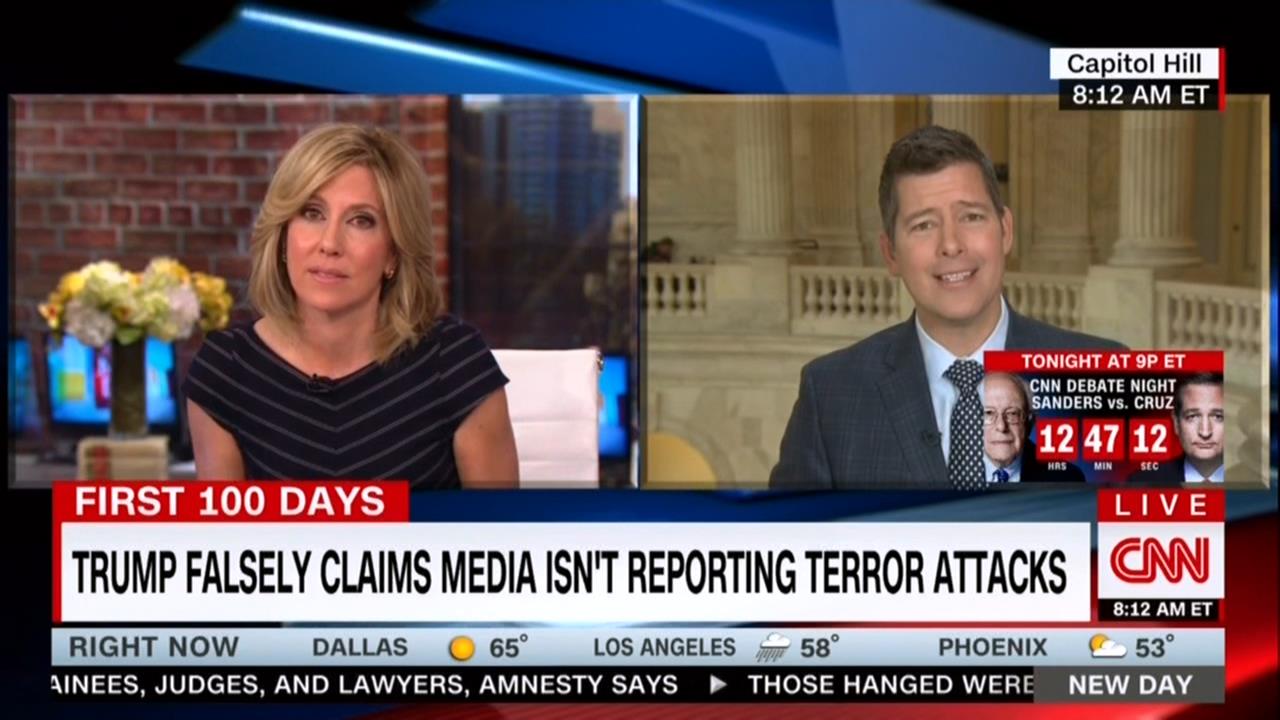 Tuesday on CNN’s New Day, host Alisyn Camerota argued with Republican Representative Sean Duffy over Trump’s executive order temporarily banning immigrants from seven predominantly Muslim countries. Duffy contested that the ban was a good thing because it gave the U.S. “a pause” to evaluate our current vetting process to see if it was capable of keeping out potential terrorists. Camerota responded by saying Americans should be more worried about lightning strikes than terrorism.

Rep. Sean Duffy responded by challenging Camerota to go to Boston, or the Orlando night club and try to equate the two while talking to victims of those terror attacks. He added that no one can prevent lightning, unlike terrorism.

CAMEROTA: We did go there. Let me be clear --

DUFFY: Lightning may be random, but this is purposeful, and it's death, and if the government could prevent lightning, you know what, from killing people, we would, but if we can prevent terror attacks and we can, we should...They would not want you to compare that to lightning, Alisyn.

Camerota went on to argue that she did visit the Pulse night club and Boston to talk to terror victims and they weren’t in support of a ban like this. She claimed that these people didn’t want the country to be more divided and that “love was the answer.” Duffy explained that love doesn’t work on terrorists.

CAMEROTA: [I] went to all of those places. Let me tell you what you told me. They did not want people to feel more divided. They wanted love after that. They felt that love was the answer. These are quotes I am telling you. They felt that the only way to bring people together was through love, and not by pointing to people who are the enemy. Don't you, as a leader, need to explain to people whether or not fear is valid.

DUFFY: Alisyn, listen to me. In that light club and at the Boston bombing and in Nice before the truck mowed down 80 something people, love didn't quell the hearts of these radical people, love couldn't do that. We have to look and say what is motivating these folks who are taking up arms and trucks and knives and killing innocents. So what is wrong with a pause? We are having a pause for 90 days. Why is that so radical?

Earlier in the show Camerota claimed Trump was trying to “stoke fear” by listing terror attacks that resulted in no deaths.