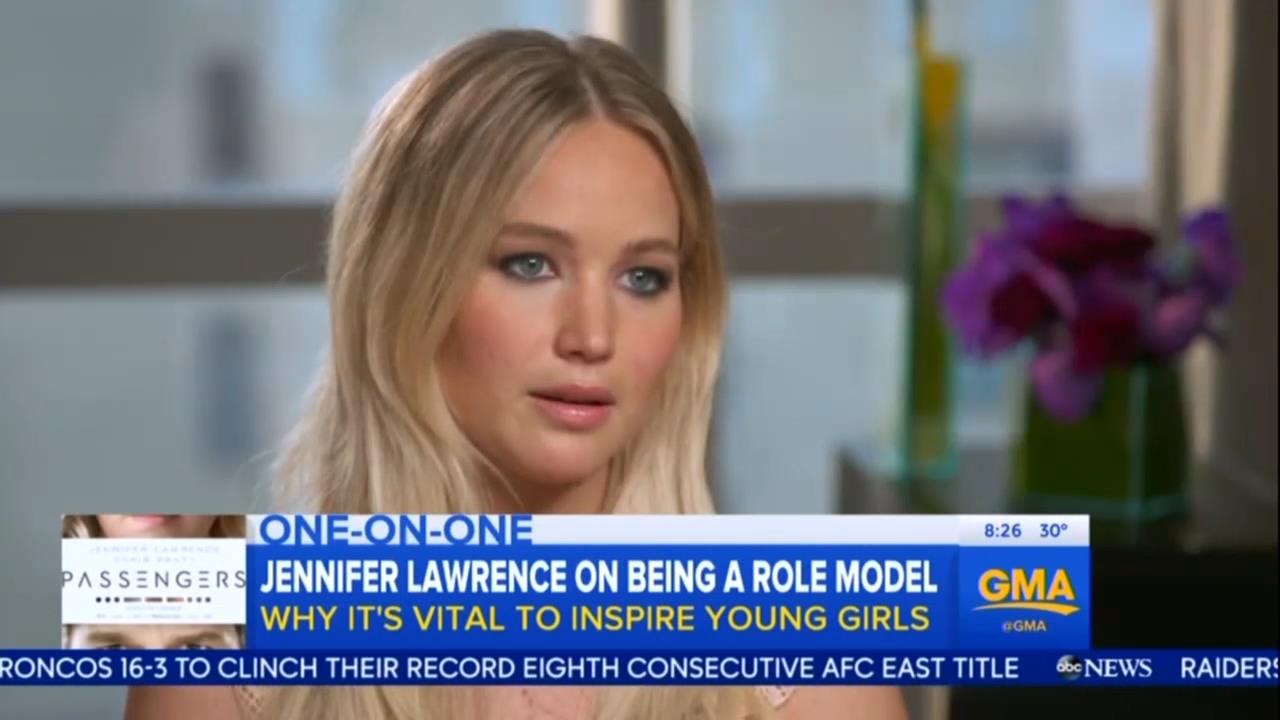 Monday on ABC’S Good Morning America, host Michael Strahan sat down with actress Jennifer Lawrence, best known for her role in the kids’ science fiction film series The Hunger Games, to plug her new film Passengers. But talk was light on the actual film and heavy on Lawrence’s political activism. After the actress defended her political commentary on being a “role model” for young girls, Strahan praised the actress for speaking out, gushing, “I appreciate you.”

After acknowledging the actress’s recent op-ed on the election in women’s online magazine Broadly, Strahan praised Lawrence as a “fearless actor” who was not “afraid to speak out.”

Interesting choice of words to describe an actress who once said “Fuck you” to the President-elect on television.

Lawrence defended her political message to Strahan, saying that she “didn’t mean to speak to only people who voted for Hillary” but was speaking to her young fans, who were now first-time voters.

LAWRENCE: I meant to speak to the divide. For any presidential candidate, being very extreme is scary. Left or right…When the election happened, I couldn't help but think of those girls who were 18. I completely understand when people say, just shut up and act. But for me, there are times when I feel a real need to speak to those girls.

STRAHAN: You're very aware of your position, if you want to call it that. I think it's truly appreciated and I appreciate you, Jennifer Lawrence.

ABC didn’t reveal what Lawrence said in her op-ed, so here’s just a sampling of what she wrote for Vice’s “Broadly” from her opening line:

LAWRENCE: Is this the stark reality? It doesn't matter how hard you work or how qualified you are, at the end of the day, if you're not a man? Is that what we just learned? This country was founded on immigration and today the only people that feel safe, that their rights are recognized and respected are white men.