ABC Gushes Over Clinton's Rebuke of 'Fake News:' 'She's Not Going Away!’ 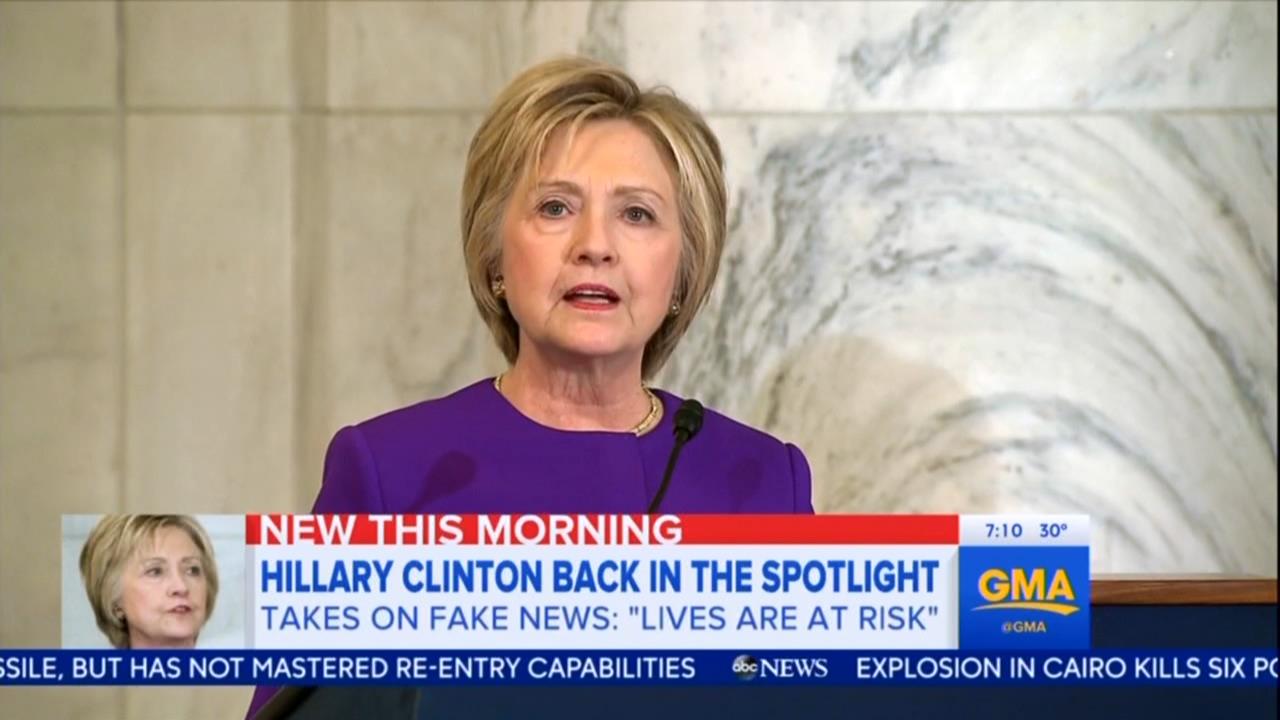 Every time Hillary Clinton has made a public appearance since losing the election, the media goes nuts. Even the New York Times opined about her “chance” appearances as a “political salve” for their sore loser wounds. Two of the three networks Friday morning used their morning shows to excitedly report on Clinton’s latest public appearance, where she condemned the media’s latest bogeyman, “fake news.” ABC excitedly reported on Clinton’s return to “the spotlight” with Jon Karl calling her “the most prominent voice in the democratic party.” NBC’s Peter Alexander also covered Clinton’s rebuke in a less effusive report, while CBS This Morning passed.

“She’s not going away,” Stephanopoulos gushed.  Karl agreed, making the argument that people wanted to see more of Clinton, highlighting her team’s talking points and achievements, (seemingly forgetting that she still lost the election.) Karl praised Clinton as “the most prominent voice in the Democratic party.”

STEPHANOPOULOS: Interesting choice there. She's not going away.

KARL: Absolutely not. You know, after that contentious 2000 campaign which Al Gore won the popular vote and basically disappeared after the election. That is not going to be the case, I believe, with Hillary Clinton. She won a big popular vote victory. Her people will tell you she got more votes for President than any white male in America. I don’t think she is going away. She remains the most prominent voice in the Democratic party.

PETER ALEXANDER: As for Trump's former rival, Hillary Clinton, she returns to Washington Thursday to pay tribute to retiring Democratic Senator Harry Reid and poking fun at herself.

CLINTON:This is not exactly speech of the Capitol I hoped to be giving after the election. But after a few weeks of taking selfies in the woods I thought it would be a good idea to come out.

ALEXANDER: Clinton also offering a warning about what she called, “the epidemic of fake news” spread on social media just days after that scare at a DC pizza restaurant prompted by a conspiracy theory.