So much for the tolerant left. Fox News pundit Megyn Kelly was booed and heckled by one comedian for making a cordial remark about Donald Trump at a media event Wednesday. Kelly was speaking at The Hollywood Reporter’s annual Women in Entertainment Breakfast, a ‘Who’s Who’ gathering of prominent women in Hollywood, business, and the news industry. The audience may have been diverse but the politics surely wasn’t. 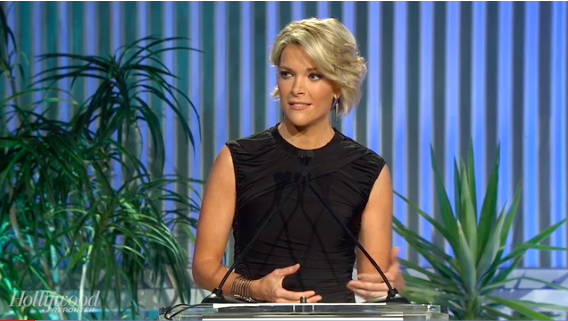 Kelly’s speech started off with glowing praise for women on the right and left who, according to Kelly, faced sexist attacks in 2016, from NBC reporter Katy Tur to future First Lady Melania Trump.  At the mention of Michelle Obama, whose “grace and class” “set the example in how to stand up for what you believe in” the audience broke into applause and cheers.

Kelly even praised Hillary Clinton throughout her speech, calling her campaign “historic” and praising Clinton as a woman who “broke a barrier no other woman has ever done in America and told little girls listening: ‘Listen up---you’re next.’” Yet even all that flattery of the left’s darlings wasn’t enough to win over Kelly’s audience.  Heckling and light booing started as soon as Kelly mentioned her “hopes” for the President-elect.

“Despite the tweets and all the rest of it, there is much to admire about Donald Trump," she said as some in the crowd booed, according to the Hollywood Reporter. Comedian Kathy Griffin held up her middle finger. According to BizPac Review, Griffin also yelled, “Fuck him,” though it can’t be hard on the video.

The crass comedian bragged about interrupting Kelly’s speech with her rude gesture:

Wellll, I just HAD to boo the mention of Prez d bag. Middle finger up! RT @THR: @MegynKelly re @RealDonaldTrump pic.twitter.com/Y2w683XjAB

Kelly laughed and lightly rebuked Griffin as “the loyal opposition” before adding:

KELLY: There is much to admire about him. And I think the more we understand that and understand why he won this election the better off we’ll be as a country and we understand eachother.

Clearly Kelly’s speech was hardly pro-Trump by any means but apparently if you aren’t comparing Trump to dictators, then you don’t fit in with the media elite.