Anything But Islam: Media Attack Guns, Men, Christians, GOP Instead of Ideology in Terror Attack 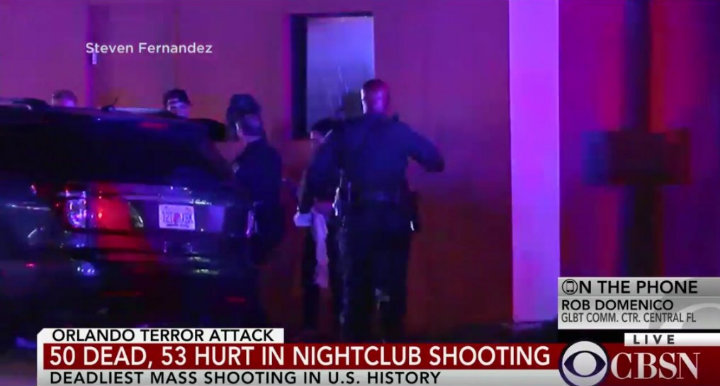 Sunday’s tragic and devastating shooting at a gay nightclub in Orlando predictably brought out the worst in the left-wing media, who took to Twitter to politicize the events before even a day had passed. Like tragedies before it, the media automatically blamed the NRA, gun-supporting politicians and the GOP. But this time, some liberal media pundits even blamed men in general and Christians for the shooting, despite the fact that the shooter was a radicalized Muslim. Here is a sampling of the kind of rhetoric coming from liberals in the media on Twitter:

According to Ana Marie Cox,writer for MTV News and New York Times contributor, politicians need to “worry” about their “souls” if they supported the NRA:

Your "thoughts and prayers" can't soothe others' pain. If you're an A+ NRA politician, I'd worry about your own soul at the moment.

There is no reason why any civilian actually NEEDS an AR-15. Unless you count killing a lot of people at once as a "need."

If you can kill people just as easily with a knife or a pen as with a gun, then why do you need a gun to defend yourself?

The NRA would have us think that assault rifles are good for home defense. An increasingly popular use: mass murder. https://t.co/vn9oMbqBW9

you signed more pro-gun bills into law in 1 TERM than any Governor in Florida history. this blood is on your hands. https://t.co/TkkPLTQAJg

my thought is that we need to vote everyone out of office who enabled a homophobic sociopath to own an AR-15.

my prayer is that we do.

If you belong to *any* religion that teaches that homosexuality is a sin, you can kindly shut the fuck up until you renounce that belief.

How conservatives can back the war that lead to the creation of ISIS and still have the nerve to blame liberals for terrorism is beyond me.

Homophobic, misogynistic, racist extremist hate is the problem. It is problem in Islam, in Christianity, in Judaism, or any other form.

The disgusting attempt to exploit anti-LGBT hatred to demonize Muslims is negated by the life experience of LGBTs https://t.co/1skXLipvVR

Anti-LGBT hatred has long pervaded, and still pervades, many cultures - not unique to 1 https://t.co/QpoWXlW2DH https://t.co/1skXLipvVR

Was only a copule of years ago that American Christian activists worked to implement death penalty for Ugandan gays https://t.co/Tqo3UAOghP

Smith, and Filipovic blamed men and “masculinity” for the shooting:

Masculinity is an issue, too. The Orlando shooter had two things in common with so many mass shooters: assault rifles, and Y chromosomes.

What do the vast majority of mass shootings in the US have in common? Not Islam. Angry men with easy access to guns.

Prayers haven’t been working, with all due respect. They don’t stop bullets, nor do they remove them and heal the wounds they leave.

I really don't want to hear any more lampooning of the term "safe spaces" after this. Orlando should make it clear how essential they are.