From Cincinnati to Washington: How Lois Lerner's IRS Ruthlessly Targeted the Tea Party 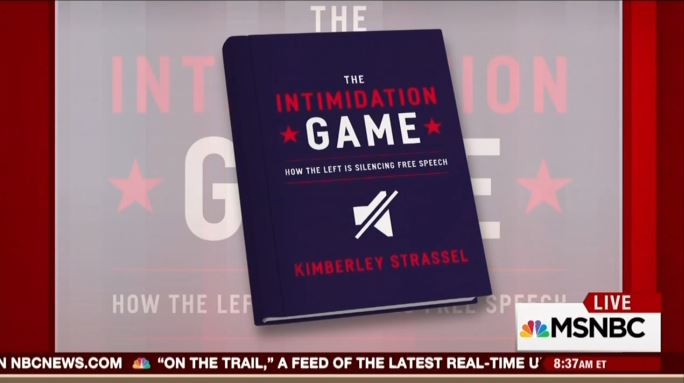 Editor’s Note: Conservatives know they are under assault. What many may not know (because the media hasn’t told them) is that they are the targets of a coordinated, well-honed campaign by the left to push conservatives entirely out of the political debate. The Intimidation Game is the first real telling of what happened at the IRS—how elected Democrats used that agency to muzzle tens of thousands of Tea Party members during two elections. It's the real story of how a liberal Wisconsin prosecutor used secret subpoenas and predawn raids to silence 30 conservative grassroots organizations in that state. It's the real story of how activists attacked the property and livelihoods of average Californians for daring to support a ballot initiative. It's the real story of liberal campaigns to silence free-market think tanks and companies.

Here is just a taste of what's inside, The Intimidation Game: How the Left Is Silencing Free Speech, available today at Amazon.com and BarnesandNoble.com:

Lois Lerner’s confession at that conference did contain one small truth. The IRS targeting scandal did indeed start in “Cincy”—as D.C. headquarters refers to that outpost. On a cold late February day in 2010, a Cincinnati screener named Jack Koester found himself focused on an application from a local Tea Party group.

The IRS is a vast organization, employing ninety-five thousand people, who enforce a code 3.7 million words long that oversees taxes on everything from income to corporations to employment to estates to gifts to excises. It’s home to agents and auditors and specialists and examiners and investigators and lots and lots and lots of lawyers. It also oversees organizations that are “exempt” from paying taxes. The Exempt Organizations unit at the IRS is in fact a big operation; on any given day it oversees a universe of 1.5 million recognized tax-exempt organizations.

Precisely because the IRS handles so many nonprofit groups, it maintains a dedicated unit in Cincinnati—known as the Determinations unit—that processes initial tax-exempt applications. The Cincy Determinations unit in turn is divided into thirteen groups, one of which handles the initial “screens” of applications. The typical screener spends fifteen to thirty minutes on an application, and completes twenty to thirty a day.

Koester’s eye nonetheless settled for more than a few beats on the Tea Party application in front of him. He forwarded the application to his supervisor, noting, “Recent media attention to this type of organization indicates to me that this is a ‘high profile’ case.” His alert worked its way up the chain, all the way to Cincinnati’s boss of exempt operations, Cindy Thomas. She in turn forwarded it to one of Washington’s senior officials, Holly Paz, asking “whether [Washington] wants this case because of recent media attention.” Paz took less than a day to respond: “I think sending it up here is a good idea given the potential for media interest.”

So Lerner, the IRS, Obama—they were all correct that the targeting fiasco started with a “line agent” in Cincinnati. They just neglected to mention that within twenty-four hours of that agent’s alert—and every minute thereafter—it was political types in Washington running the show.

When Koester talked about “media interest,” he was undoubtedly referring to the wall-to-wall coverage that had just followed the Citizens United decision. He’d likely seen the White House’s furious reaction to the Court’s decision to free up speech rights, and Obama’s dressing-down of the Supremes. He’d likely seen the Democratic Party and its media allies bang on daily about the evils of conservative “nonprofits.” He’d likely taken in the nonstop stories about the Tea Party gearing up in opposition to Obama, and how they were rushing into the (c)(4) realm. And he likely knew those groups were having an effect. Only a month earlier, Scott Brown had won that Senate race, against all odds. Koester was a prime example of how an executive branch—and a political party—can drive a story and make the bureaucracy take notice.

We know that one person in particular took notice: an ambitious partisan by the name of Lois Lerner.

Lerner shocked Washington with her May 2013 admission that her agency had harassed Americans. The shocking thing was that anyone was shocked.

Lerner to this day won’t cooperate with any real investigation; the nation has been denied the opportunity to hear her story. But e-mail is a wondrous thing. Between her records and the recollections of her colleagues, we have a vivid portrait of the former head of the IRS’s Exempt Organizations unit. She was a brassy, self-assured bureaucrat with Democratic leanings and a near-messianic belief in the need for more speech regulations.

And she had a long history. Before landing at the IRS, Lerner spent twenty years at the FEC, rising to become its acting general counsel. Never in all that time did she hide her views that money was a problem in politics and needed more restrictions. She was seen even then as a highly biased FEC enforcer—one who harassed conservative groups that wanted more freedoms in politics.

While head of FEC enforcement, Lerner played a role in the 1990s in going after former Mississippi governor Haley Barbour over a nonprofit group he established called the National Policy Forum, which had been accused of taking illegal foreign contributions. (The Justice Department would later find no evidence of a crime.) She was part of an effort to take down a dozen Republican state party chairmen and the Republican National Committee, over accusations that they had broken finance laws during George H. W. Bush’s 1988 presidential bid. That case stayed open for seven years.

She’d most famously help wage a small war against the Christian Coalition, in one of the largest enforcement actions in FEC history. The coalition was accused (with no proof) of illegally coordinating its advocacy with Republican candidates. Mark Hemingway of the Weekly Standard documented that the harassment cost the conservative group “hundreds of thousands of dollars, and countless hours of lost work.” James Bopp (of later Citizens United fame) handled that case, and he revealed in testimony that the FEC team deposed 48 different people, conducted 81 depositions, put in 127 separate document requests, and sent the group 32 different interrogatories containing hundreds upon hundreds of questions. The agency demanded donor lists, and even inquired into whether people in the group were “praying” for each other. Each of the coalition’s 49 affiliates got document demands; it would ultimately hand over 100,000 pages of information.

So Lerner had a lot of practice in harassment even before she geared up at the IRS. Her e-mails show that she was at home in Democratic politics, with biases against conservatives. There’s a 2004 e-mail with a former colleague in which she’s hopeful she’ll be able to get together to “celebrate” a John Kerry presidential victory. In 2012, a friend would muse to her about the “scary” Romney/Ryan ticket and ask how a “creep like Romney” was ever elected in Massachusetts. She’d later that year decline an invitation to a party to celebrate Obama’s expected victory, noting that she was nonetheless keeping her “fingers crossed. And, I did vote!”

When told that Democrats had kept control of the Senate in 2012, she responded, “WooHoo! [I]t was important to keep the Senate. If it had switched, it would be the same as a Rep president.” Her husband, Michael Miles, comes off as a passionate liberal who egged his wife on. On election day in 2012, he told his wife that he hadn’t been able to find the “socialist-labor candidates on the ballot, so I wrote them in.” Three days after the 2012 election, he complained to her about the losers, “Well, you should hear the whacko wing of the GOP. The US is through; too many foreigners sucking the teat; time to hunker down, buy ammo and food, and prepare for the end. The right wing radio shows are scary to listen to.” Lerner replied, “Great. Maybe we are through if there are that many assholes.” Conservatives, she explained, were “crazy” and worse than “alien terrorists.”

Editor's Note: Too many Americans have already become targets of the left's speech-police—often without knowing it. The only way to stop the intimidators is to know their game. I hope The Intimidation Game spreads the word.