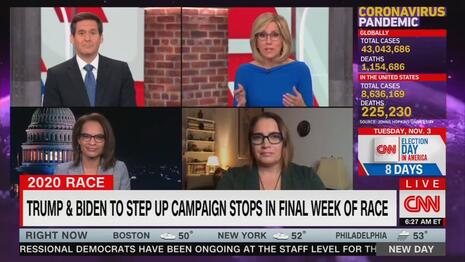 Once again, CNN’s New Day is covering for the network's preferred presidential candidate, Joe Biden, for not venturing out of the comfort of his basement. One would think that with the election eight days away, that Biden would be hitting the campaign trail and talking to the voters. Instead, as co-host Alisyn Camerota noted: “President Trump is holding three rallies in the critical state of Pennsylvania today. Joe Biden is back home in Delaware, but plans to campaign in Georgia tomorrow.”

It is honestly concerning how often the Biden campaign has called a lid before 10:00 in the morning. Most people are just getting into work at this time. In order to “prepare” for the last presidential debate, Biden called a lid for the entire week leading up to it. If only everyone was able to take off so much time to prepare for a big meeting.

This is in contrast with President Trump, whose whirlwind schedule includes hosting three rallies a day across the country. CNN criticized this move with senior political reporter Nia-Malika Henderson noting: “the picture of it, I think, goes against not only science, but what most Americans want to see, these big rallies with people outdoors and not wearing any masks and not social distancing either.”

Biden's strategy has been part and parcel with, you have to listen to the scientists, you can't have large rallies where you're bringing groups of people together who could get each other sick. And President Trump's strategy has been, you have to show that you're tough and stronger than the virus, plus, he's already had coronavirus, so get out there and get the basics.

Not only is the leftist network excusing the Democratic nominee’s light schedule and general unavailability to the press, but they are praising it as a brilliant strategy. Co-host John Berman crowed: “Mr. President, Joe Biden is saying, if you want to be out there and have the picture of yourself surrounded by a thousand people when the pandemic is at its highest level in terms of cases it's ever been, go ahead.”

In all fairness, Camerota did briefly report on the benefits that President Trump has to gain from these rallies. She: “So President Trump is dominating the media coverage in battleground states, because he's going there and holding these rallies and getting all of this so-called earned media, whereas Joe Biden is not in those battleground states.”

However, this small mention does not negate the fact that the media are not doing their job and reporting on the lack of activity from Joe Biden. As President Trump noted: “We can’t lock ourselves up in a basement like Joe does.” Maybe he is honestly concerned about the coronavirus, maybe he just can’t handle the strain of the campaign trail. The American people deserve to know the reasons why, not excuses.

This CNN cover-up was sponsored by Safelight. Click on the link to let them know what you think.

A transcript of the October 26th Coverage is included below:

JOE BIDEN: I'm one of those folks or competitors where it's not over until the bell rings. And I feel superstitious when I predict anything other than, it's going to be a hard fight. We feel good about where we are, but I don't underestimate how he plays.

ALISYN CAMEROTA: Former Vice President Joe Biden and President Trump offering their closing pitches to viewers in new interviews with "60 minutes." Both candidates are stepping up campaign stops in this final week of the race. President Trump is holding three rallies in the critical state of Pennsylvania today. Joe Biden is back home in Delaware, but plans to campaign in Georgia tomorrow. Joining us now, CNN senior political reporter, Nia-Malika Henderson and CNN political analyst Margaret Talev. She's a politics and White House editor at Axios. Ladies, thank you so much for being here. Margaret, Vice President Biden's in Delaware where President Trump is holding three rallies in Pennsylvania. What's that strategy? How does that make sense?

MARGARET TALEV [CNN Political Analyst]: It's totally reflective of each of their strategies in the closing week of the race. Biden's strategy has been part and parcel with, you have to listen to the scientists, you can't have large rallies where you're bringing groups of people together who could get each other sick. And President Trump's strategy has been, you have to show that you're tough and stronger than the virus, plus, he's already had coronavirus, so get out there and get the basics. And that really kicks off this final week, where the coronavirus, you know, we're seeing that we're not past it as a country. These are like the worst numbers ever. And it puts the focus squarely back on the pandemic, which I think is a tragedy, because of what it means in reality. But for Biden, he's going to see it as what he wanted, which is to focus on the virus as the biggest challenge and not any of these other issues.

JOHN BERMAN: Interesting, a political jiu-jitsu in other words. Mr. President, Joe Biden is saying, if you want to be out there and have the picture of yourself surrounded by a thousand people when the pandemic is at its highest level in terms of cases it's ever been, go ahead. In addition to the story surrounding the Vice President, where five people in his inner circle have now tested positive and the Vice President is not quarantining, Nia, maybe by sitting back, it puts this in starker relief?

NIA-MALIKA HENDERSON [CNN Senior Political Reporter]: No, I think that's right. And let's also be very aware of the fact that Donald Trump is out of money in many ways. And one of the reasons he's going to these places, Pennsylvania, and holding all of these rallies is because it gets him local press coverage, whereas where you have Biden who is blasting the air waves, a really money advantage that the Biden campaign has over Trump. So in some ways, they don't have a choice but to send the President out there, send Pence out there in this way. Of course, the health risks are very well known, as we discussed in the last segment. But this is out of necessity for them in many ways, so they can get those local hits. Granted, the picture of it, I think, goes against not only science, but what most Americans want to see, these big rallies with people outdoors and not wearing any masks and not social distancing either. But I also think it reflects the desperation of this President not only in terms of the money, but where he is in the polls behind, at least right now, in most of these battleground states.

CAMEROTA: But a lot can change in eight days. So, Margaret, it's also, I mean, pundits say, possibly a really cunning closing strategy of President Trump, because as Nia-Malika just said, it's free media. So President Trump is dominating the media coverage in battleground states, because he's going there and holding these rallies and getting all of this so-called earned media, whereas Joe Biden is not in those battleground states. So for people who have wondered, like, what's the President's strategy? We don't see a campaign strategy? This is the campaign strategy. You know, close strong.

TALEV: I think the President's strategy is to try to win however, you know, with whatever it takes. And the truth is, as both of the candidates have said, although coming from very different points of view in the past couple of days, the truth is, the election is not over until the election is over, and there's still going to be, like, a huge number of people voting in person, either on election day itself, or in these closing days. So what we see is, in the early returns, some real indications of potential strength for Democrats, right? You're seeing higher youth voter turnout in early voting. You're seeing some evidence of higher shares of black Americans voting in early voting compared to in 2016. And just larger shares of Democrats returning ballots in early voting, but that doesn't account for what's going to come in those last few days and it doesn't account for what's going to happen in person on election day. And we're right at that tipping point where if you're voting by mail instead of voting in person, it's getting awfully close to election day and you have all of the legal considerations to talk about, which is part of what you hear Biden talking about in that quote from the "60 minutes" interview, is the idea that President Trump is going to use whatever means he has, including litigation, if it's close. And so, this is crunch time. And that's where we are right now.

BERMAN: So Nia, with the news from "The New York Times" that Fox is having its own coronavirus issues with several anchors now in quarantine, we don't know that they have it, according to the Times, but they're in quarantine because someone who was on a flight to the debate last week apparently has tested positive. And we know that's the President's favorite, maybe only media network. I mean, to what extent is there the sense when you have that and what's happening with the Vice President, that the world is closing in on President Trump? That the number of options he has left are increasingly limited?

HENDERSON: Well, I think that's very clear. The President thought that was going to be a campaign about the economy and the economy was strong before this hit. So now, everywhere he looks, in some ways, there is evidence of the spread of this virus. Obviously, he had it. It was in the White House, and now it's in the Vice President's office. And now he looks on television and a lot of his favorite anchors are going to be anchoring from home because of the possible outbreak at Fox News. He is trying to still wish this away and say that we're turning a corner in this country. We are turning a corner into an oncoming train, it certainly sounds like, if you listen to the scientists about what is likely in the months ahead, if the pattern of behavior continues among Americans, 50% or so are not choosing to wear masks, so that's a real problem for this President. But listen, in that interview with Leslie Staal, he was very upbeat in terms of his response. He called his response great at some point and continued to say that better times are ahead because of the vaccines and because we've learned to treat the virus better. But listen, we know what polls show, that Americans generally, by 60% or so, believe this President has failed. And we also know that every day, most Americans are living the reality of this virus. Our lives have been transformed by it. And you've got the President essentially acting like there's nothing to see here.

CAMEROTA: The President also likes OAN, by the way. He can go there for the next –

BERMAN: The remote has two channels. 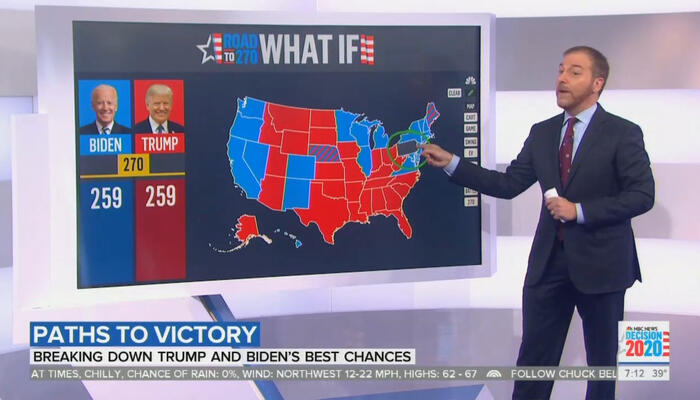 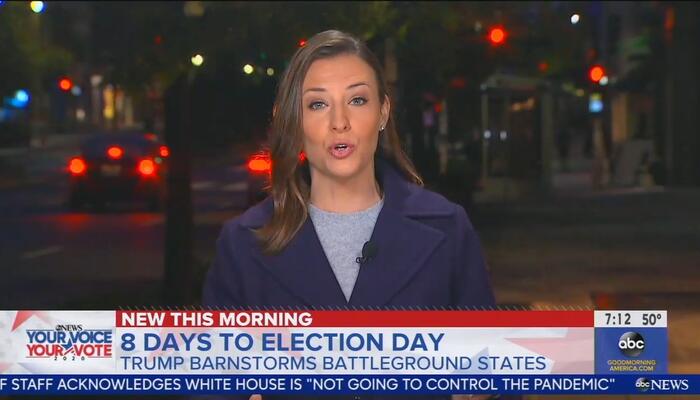 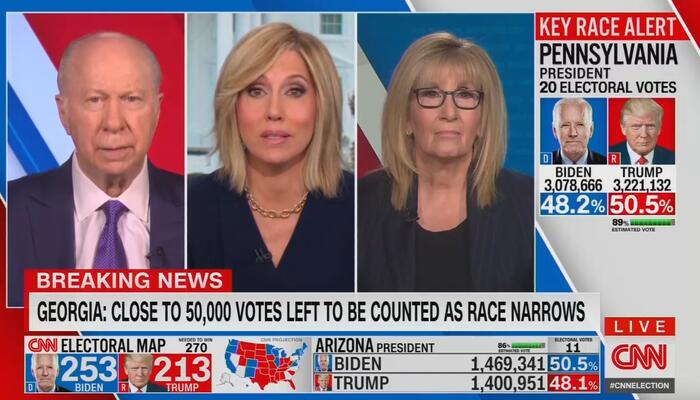 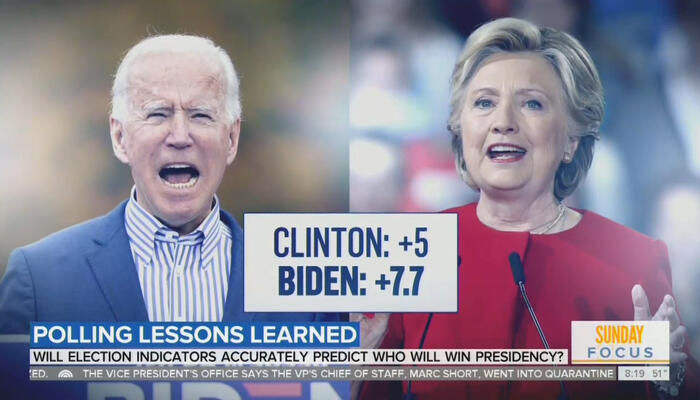 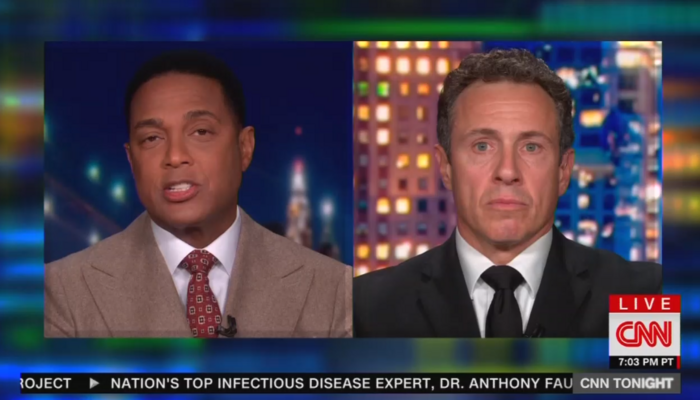 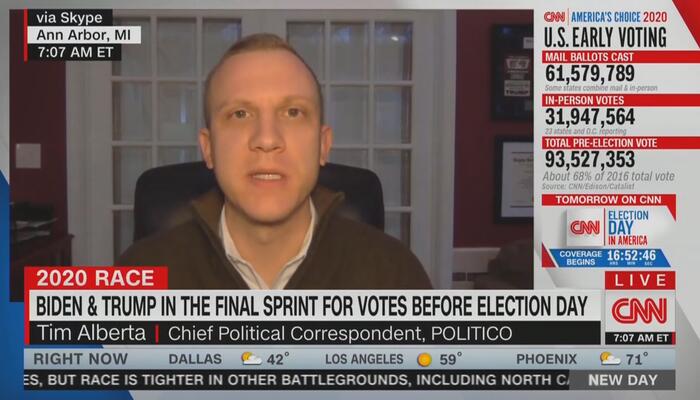 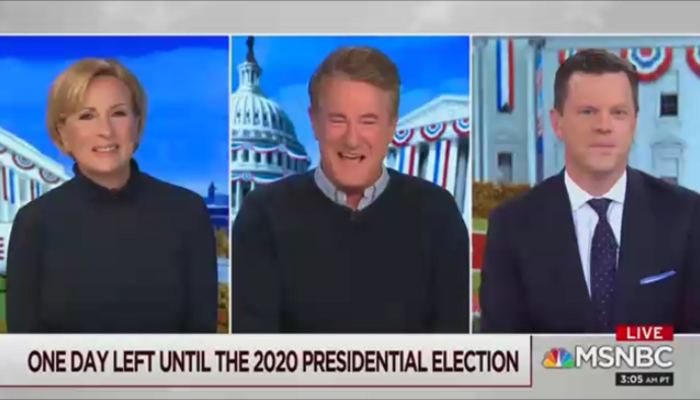 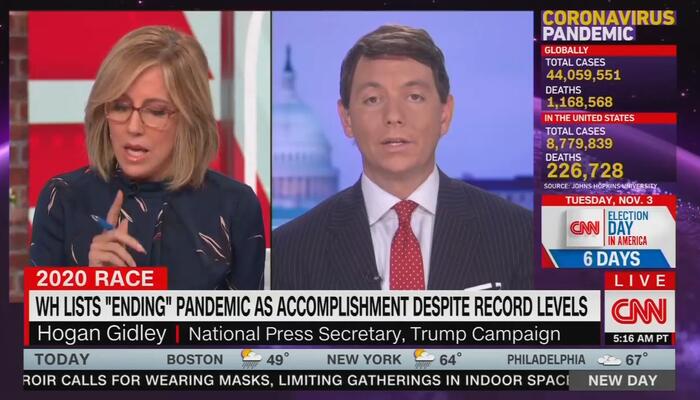