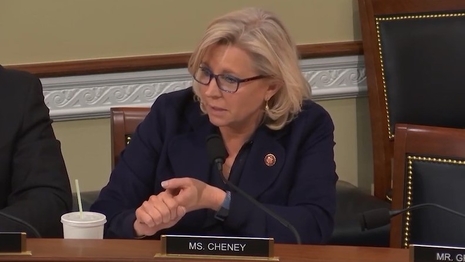 Now that we are over the most serious televised issue of our day with the verdict going to Johnny Depp over Amber Heard, loosen your seat belt and relax. Coming soon are the televised hearings of the so-called January 6 Committee.

Vying on your screens, as dramatically presented by the behind-the-scenes media wizards for the role of the put-upon Johnny and the even more put-upon Amber will be, well, every member of the Committee.  As you read this, you can be certain that the staffs of the Committee members have been toiling into the wee hours to decide the angle of questioning their bosses will follow if/when given time to question witnesses.

With every question and practiced facial expression designed, but of course, to receive the required amount of TV time. And you can be certain the staffs of CNN, MSNBC, the broadcasts and more will be prepped to scrutinize for every properly furrowed brow and supposedly devastating question to a hapless witness.

Not since the jury full of Clintonites selected to judge Clinton lawyer Michael Sussman has there been a deck as stacked as this January 6 Committee, with all members committed to achieving the same final result. The only difference is the Sussman jury deliberated in a closed room with no cameras. In the case of the Committee the "deliberations" will be staged live and in color. With the end result to deliver up to the stacked media deck the verdict the media demands: The Verdict is Trump Did It. Guilty, guilty, guilty. Case closed.

In fact, the alliance between the anti-Trumpers on the panel —  which is to say all of them —  and the Trump haters in the media will blossom on live television for all Americans to see, confirming for millions what they have known now seemingly forever. Which is to say, the liberal “fake news” media is permanently allied to the far left of the Democratic Party and Trump-hating Republicans.

And that media will go about on air openly spreading the gospel of the latest left wing narrative of the moment, whatever that might be. In this case that narrative is, of course, that the former President is guilty, guilty, guilty of anything and everything related to January 6.

Front and center for the cameras, of course, will be the two Republicans on the Committee - Wyoming’s Liz Cheney and Illinois Rep. Adam Kinzinger.

It will not be lost on millions of Americans just why Cheney and Kinzinger are there in the first place - not that it will get much mention by the media. The right to appoint Republicans on the Committee belonged to, naturally, House Republican Leader Kevin McCarthy. When McCarthy fulfilled his responsibility by naming Ohio’s Jim Jordan and Indiana’s Jim Banks - Trump supporters both — he was abruptly blocked by none other than the Democrats’ Speaker Nancy Pelosi. Pelosi then chose the Trump-hating Cheney and Kinzinger to serve as the liberal media-approved Republicans on the Committee.

The reason was straight out of Alice in Wonderland, the legendary fairy tale from Lewis Carroll. It goes like this, bold print for emphasis supplied:

“Let the jury consider their verdict,” the King said, for about the twentieth time that day.

“No, no!” said the Queen. “Sentence first–verdict afterwards.”

“Stuff and nonsense!” said Alice loudly. “The idea of having the sentence first!”

“Off with her head!” the Queen shouted at the top of her voice.

The January 6 Committee and their leftist media allies are all about one thing: Sentence first, verdict afterwards. And in the rush to convict Trump, the Committee, as The American Spectator’s publisher Melissa Mackenzie notes, has rushed to issue subpoenas to private tel-com companies “AT&T, Verizon, Sprint, T-Mobile and others” to gain access to the private texts, e-mails and phone records of over 100 American citizens.

Make no mistake. This is deadly, authoritarian-style abuse of power. Aided and abetted by an in-the-tank media.

“How many elected officials, journalists, acquaintances, family, and activists’ data are being scooped up by the select committee? How is this constitutional?

The subpoenas include all individuals on the subscriber’s account and everyone those people messaged or spoke to. The time frame the committee demands data on is far-reaching: any and all contact with the individual for two to three months prior to January 6 and all the way to January 31, 2021. This is tens of thousands of moms, children, clergy, reporters, and Republican and conservative influencers who were in touch with everyone from White House aides to prominent activists.”

The question that must be directed at the media as these hearings unfold is simple: Will the media demand accountability from the Committee for all of this massive abuse of power? Will the Committee members support releasing their own data and that of the Committee’s staff?  Will the media be demanding to see the texts, e-mails and phone records of, say, Republicans Cheney and Kinzinger? Of Committee chairman and Democrat Bennie Thompson?

Make no mistake. What is about to unfold with the televised January 6 Committee hearings is nothing more or less than a corrupt media and political establishment putting on a televised Stalin-style show trial, with the results predetermined. And why? This media coverage will be purposely designed to save Democrats and Joe Biden’s bacon in November. As in: Inflation? That’s nothing. Did you see the January 6 Committee coverage?