The Emily Litella Media Lead To Yet Another Debunked Embarrassment: Never Mind! 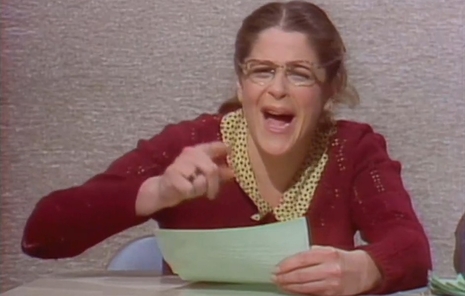 And the hits just keep on coming.

One would think that having been humiliated by their coverage – um, make that lack of coverage – of the Hunter Biden laptop scandal, the liberal media would be just a tad more thoughtful when covering the latest supposed news. That “news,” NewsBusters’ Bill D’Agostino reported, was about a supposed “seven-hour gap in the White House call logs from January 6, 2021.”

For nearly a full week MSNBC’s Chris Hayes dedicated the first block of his nightly 8 pm show to the call logs, in which he and his guests pontificated about burner phones and cover-ups. Of course, Hayes was far from alone. From CNBC’s Shep Smith, to CBS’s Norah O’Donnell, to CNN’s John Avlon, TV news was positively giddy about the latest apparent Trump scandal.

And then the story blew up in all those faces and more. Here is Bill again with the coup de grace:

The story fizzled last Thursday when CNN’s Jamie Gangel reported that the call logs were actually complete according to an official review: “The fact the log does not show calls on January 6, 2021, from the Oval Office is not unusual, said the sources, because Trump typically had staff either place calls directly for him on landlines or cell phones. Those calls would not be noted on the switchboard log.”

In other words, exactly as with the Hunter Biden scandal, the liberal media rushed to exactly the wrong judgment. Why? And how in the world does this repeatedly happen?

The answer is plain for all to see - presuming they want to see.

All of these media institutions are not about real journalism. They are about liberal activism.

Think about the Hunter Biden episode. There, large and detailed as life, is a serious piece of real investigative journalism in The New York Post exposing the existence and explosive contents of a forgotten laptop belonging to President Biden’s famously troubled son. And what does the media do? They either ignore it outright or dismiss it as “Russian disinformation.”

Now, over a year later, The New York Times and Washington Post are -- sheepishly? -- admitting that, well, ahem, ahhhh, gee -- yes indeed the laptop is real, and so too the contents.

Then, no sooner is this embarrassment out there and - they do exactly the same thing again!

This time, as noted, the story revolves around an allegation that Trump White House phone logs from January 6 have mysteriously vanished! As this MRC video montage illustrates, the hysteria runs rampant, the liberal media meltsdown.

Years ago, the late Gilda Radner had a long running, always hilarious bit with Chevy Chase on Saturday Night Live in which she played a slightly daft TV commentator named Emily Litella. Emily had been hired to respond to editorials from Chase and would stare into the camera and let loose, always getting her main topic completely wrong, generally getting a key word wrong.

Emily would demand to know the problem with “violins on television” or “busting students” or “the eagle rights amendment” and more, always getting a gentle correction from Chase and then ending with a chastened sweet smile and saying: “Never mind!”

Emily Litella: I can’t believe the way things are turning out in this country — what?

The bit became a standard, always involving Emily’s absolute certainty about her topic, only and always to be interrupted and informed she had gotten some major story absolutely wrong. The audience just waiting for the chastened look and the accompanying “Never mind!”

At this point in dealing with the liberal media of today one would be forgiven for thinking the entire left-wing media is composed of so many Emily Litella’s. Repeatedly, over and over again, getting the story of the moment completely wrong - and finally, in one form, fashion or another having to say: “Never mind.”

This would be hilarious if in fact what was going on with this routine were not so deadly serious. This is, after all, not a Saturday Night Live skit but real life and real news that is supposed to relayed factually to the American people.

And it isn’t happening.

And at this point the reason for this approach to the news is self-evident to the American people. It is plain and simple these are no longer “journalists” -- they are left-wing activists.

They are not about news and facts, they are about promoting a liberal agenda. If that means ignoring the Hunter Biden laptop story to elect Joe Biden -- done. If that means telling one more January 6 lie to hurt Donald Trump -- done.

All of which is to say - again - that the liberal media cannot -- or perhaps more accurately will not -- get back to the business of reporting the news.

And they wonder why their ratings tank.