The Times vs. Sean Hannity Showcases the Paper's Spectacular Fall 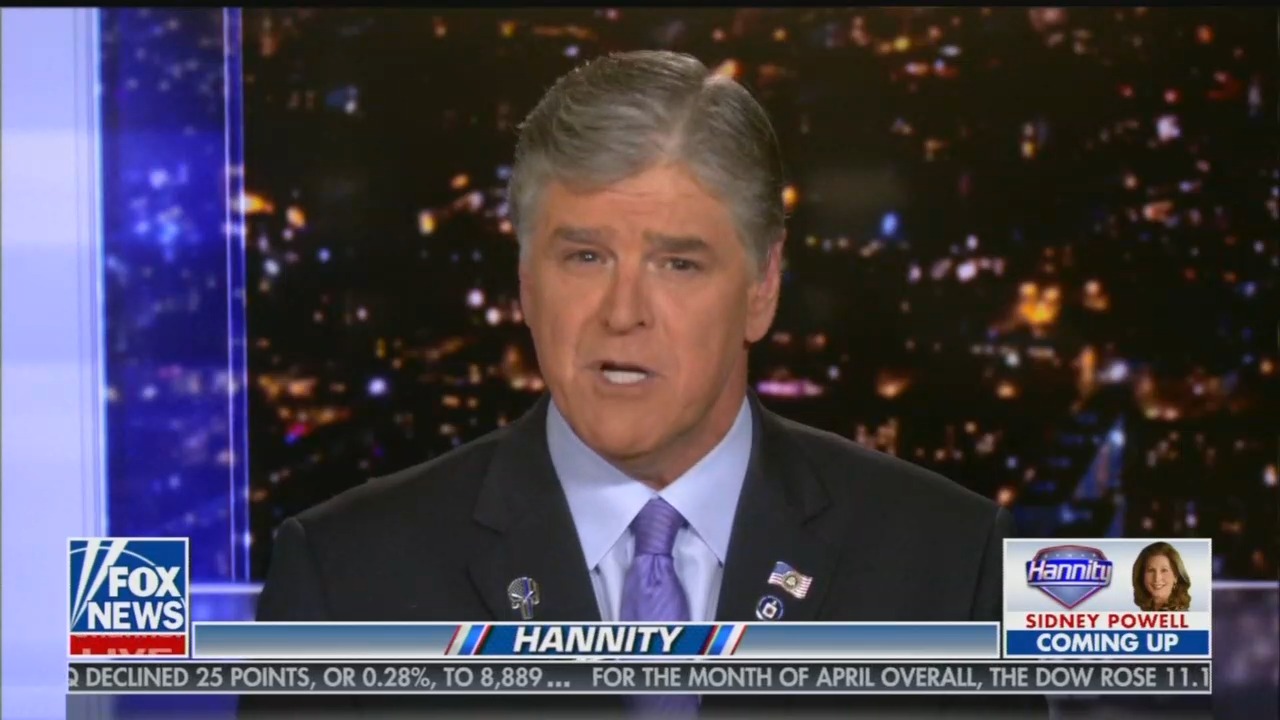 The essence, as reported in that Fox story:

“Attorneys for Fox News’ Sean Hannity have formally demanded The New York Times issue an apology and retract coverage of his remarks on the coronavirus outbreak on the cable news network.

Hannity’s legal team on Monday fired off a detailed letter to the newspaper over three separate pieces by columnist Ginia Bellafante, contributing writer Kara Swisher and media columnist Ben Smith which they said all showed “an outrageous disregard for the truth.” The letter demanded action within 24 hours.”

The Times responded eventually with a sharp “no.” But one suspects there could be more to come on this one.

Two days later, Real Clear Investigations headlined this: “The NY Times Used to Correct Its Whoppers. But Not These Two. Here's Why.” Read the whole thing when you have time.

This bit of bad Times PR was written by no less than a 28-year editor for the paper named Tom Kuntz. Kuntz had departed the paper under good circumstances in 2016.

The essence from Mr. Kuntz? When dealing with two quite separate issues, the paper’s “1619” historical project on the founding of the United States and the now infamous Trump-Russia collusion hoax that had been a running feature of the paper from the beginning of the Trump term to the no-collusion finding of the Mueller report, the guiding policy of The Times was not the facts but being “woke.”

(And for the unwoke, the slang dictionary defines “woke” as follows: “Woke means being conscious of racial discrimination in society and other forms of oppression and injustice. In mainstream use, woke can also more generally describe someone or something as being "with it.”)

Among other things Kuntz said this about his old paper, bold print supplied:

“The 'Woke-ing' of The New York Times

As much as I hope the Times will continue its distinguished tradition of correcting its mistakes, I doubt it will regarding its Trump-Russia coverage. The departures from journalistic norms just look too purposeful.

Having worked as an editor at the Times for 28 years before leaving (on good terms) in early 2016, I know that the flaws in that reporting are not an outlier. They flow, instead, from an evolving culture that abandoned the let-the-chips-fall-where-they-may ethic of traditional journalism to one that embraces partisan and results-oriented agendas.

In other words? Whether it was the false allegation against Sean Hannity or the paper’s own coverage of both American history or the Trump-Russia collusion, the problem is the same. In the words of former editor Kuntz, this is because the paper now "embraces partisan and results-oriented agendas."

This is, it is obvious at this point, now a serious, central problem at the paper that has in decades past been seen as “the paper of record.” Forget Hannity. Forget the 1619 project (described accurately by Kuntz as having been “blasted by leading historians for gravely distorting the history and legacy of slavery in America”). Forget the Trump-Russia collusion coverage.

What is now abundantly clear is that The New York Times has a self-inflicted and serious credibility problem. Readers will now look at the Times, as many have for some time already, and realize that no matter the subject - and Hannity, the 1619 project and Trump-Russia collusion are three completely different subjects - the real problem is the same.

That problem is that there has ceased to be the one-time division between “church” (the editorial page that  is filled with opinion), and “state”, the news pages that are supposed to be filled with facts -- just the facts. Now there is no difference at all between the two, and the wall separating opinion from fact-filled-journalism has been deliberately razed to the ground.

In fact, this has been a problem at the Times that in its own slow-motion fashion has been coming for some time. Now, it is here as a full-blown daily reality.

And not a good reality for the paper, even if its “woke” staffers don’t yet get it.