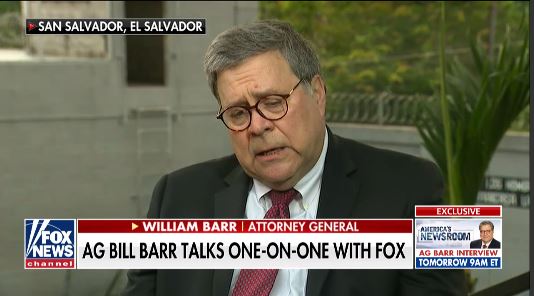 Once upon a time — in a galaxy far, far away — The New York Times and The Washington Post were the go-to papers when it came to uncovering political scandals.

Both papers made a point of running the Pentagon Papers, an internal and secret U.S. government history of  various presidents and their relevant Cabinet secretaries decision-making on American involvement in the Vietnam War. The Post, of course, was also famous for its birddogging young reporters Woodward and Bernstein and their digging out the details of the Watergate scandal. In fact, movies have been made with Hollywood A-listers lionizing both The Post and the journalists involved. Robert Redford and Dustin Hoffman starred in the Watergate movie (All the President’s Men), while Tom Hanks and Meryl Streep starred in the dramatic tale of the Post’s battles with government officials over  breaking the Pentagon Papers story (The Post. )

So it is with no little irony that today the two papers are leading the media charge to cover-up “Spygate” - the considerable scandal that is the the use of American intelligence agencies to spy on the political opponents of Obama and Clinton in 2016.

The Wall Street Journal has noticed, saying this in an editorial titled: “Foreign Influence and Double Standards. Democrats want to stop Barr from investigating what happened in 2016.”

After focusing on the Democrats role in fighting for a coverup, the paper’s editorial board says this:

The press is portraying Monday’s news as a plot to “discredit” former special counsel Robert Mueller. But the Mueller probe is over. The former special counsel chose not to investigate the Russian origin story and he never publicly explained his reasons. Yet there are many unanswered questions that deserve investigation because laws may have been broken. It is routine for U.S. prosecutors to seek help from foreign counterparts in such cases.

Note the double standard at work here. Democrats and most of the press corps want to impeach Mr. Trump for inviting foreign help to investigate Joe Biden and his son’s role in Ukraine. But at the same time they want everyone to forget that the Clinton campaign in 2016 paid for foreign dirt that the FBI used to justify a secret surveillance warrant against the Trump campaign.

That is what Mr. Barr has asked Mr. Durham to investigate, and the U.S. Attorney has a reputation for being thorough and fair. He may find there was no illegality involved. But investigating this is a public service because half of America now wonders if James Comey’s FBI took sides in a presidential election based on foreign propaganda ginned up by the opponents of Donald Trump.

This attack on Mr. Barr looks like a pre-emptive warning to steer him and Mr. Durham off the case, or to discredit anything they might conclude or prosecute. ‘Democrats’ worst fears about William Barr are proving correct,’ says the headline on a news article by the Washington Post’s Aaron Blake that is a textbook example of partisan framing.

The Journal gets the game. Take a look here at the Post article by Aaron Blake that the Journal mentions. It is, just as the editorial says “a textbook example of partisan framing.”

Among other things, Blake assails Attorney General William Barr for simply doing his job — running down any and all leads to determine exactly what are — and are not — the facts. Instead, Blake portrays this as a crazed hunt for “conspiracy theories involving the Clintons and the Russia investigation.”

Conspiracy theories? It is a fact that the infamous and long debunked dossier was paid for by the Clinton campaign and the Democratic National Committee. Russians played a role in giving British ex-spy Christopher Steele totally unverified “information” - which was then used to get FISA warrants.

Which is to say, members of the Obama administration were using US intelligence agencies to spy on Clinton’s political opponents.  And they relied on false information supplied by foreigners - the British Steele and his Russian sources. By the very standards of the Post itself as put to work uncovering the Watergate scandal, all of this is in fact a huge political scandal. Yet the Post tries to frame this as some sort of wacky conspiracy theory.

One can only ask: What is the Post afraid of? Why they felt need to coverup facts instead of shining a light on them? The answer is obvious. There is a fear that Barr is on to something and that dirty deeds will in fact be exposed. The utter hypocrisy from the paper whose motto is “Democracy Dies in Darkness” — when it is in fact doing everything in its power to see to it that the facts of this Trump-Russia collusion nonsense remain shrouded in darkness — is amazing if unsurprising to behold.

Over at the Times, that paper is busy running stories like this one by the virulent Trump-hater Michelle Goldberg. This jewel of political framing is titled: “Just How Corrupt Is Bill Barr?”

Perhaps the real question should be: Just How Corrupt is The New York Times?

A perfect example of the game at play in this article is Goldberg citing one “Stephen Gillers, a professor of legal ethics at New York University School of Law.” I recall Stephen Gillers. In fact, I took a look at Gillers in my 2005 book The Borking Rebellion, a recounting of the Senate confirmation of Bush nominee Judge D. Brooks Smith for the Third Circuit of Appeals. The Post had asked Gillers for comment on a supposed ethics issue involving Judge Smith, presenting him, as does Goldberg today, as an above-it-all, strictly non-partisan legal ethics expert.

In fact, in the Smith battle I uncovered the fact that Gillers was hardly a non-partisan. He had served as a consultant to a far left special interest group called the Community Rights Counsel. The CRC had issued a report harshly critical of the Judge, and The Post went to Gillers for comment, leaving out of their story Gillers own ties to the CRC, the very group whose report on Smith he was being asked to comment.

Goldberg plays the same game, citing Gillers as if he were some lofty non-partisan when, in fact, his background and record illustrate that he is anything but. Goldberg’s presentation is, to borrow again from her title, corrupt.

Over at National Review, Andrew McCarthy is on to the media’s game with Barr. The title: “Do Republicans See the Strategy to Discredit the Barr Investigation?”

He writes this of the Democrats and their media allies:

The strategy here is obvious. The Democrats and their note-takers would like the public to believe that Barr’s investigation is an adjunct of the Trump 2020 campaign — and a grossly improper one at that. The misimpression they seek to create is that Barr is putting the nation’s law-enforcement powers in the service of Trump’s reelection campaign, in the absence of any public interest. The hope is that this will delegitimize not only any information that emerges from Ukraine but the whole of the Justice Department’s investigation of intelligence and law-enforcement abuses of power attendant to the 2016 election.

That is correct. And as seen here at Fox News, former Utah Congressman Jason Chaffetz has duly noted on Fox that MSNBC featured the Trump-hating ex-CIA Director bashing Barr, with Chaffetz zeroing in on just why Brennan was doing this. Brennan, said Chaffetz, was “frightened to death” that Barr’s investigation will uncover Brennan’s own role in the Russia hoax.

The other day, Bill O’Reilly appeared on Sean Hannity’s radio show and said flatly “the press is corrupt.”

Exactly. As the Post and Times are proving daily in their campaign to cover-up the Spygate scandal.