Why isn’t Mitt Romney president? Because he thinks like this.

Over at Breitbart was this headline: 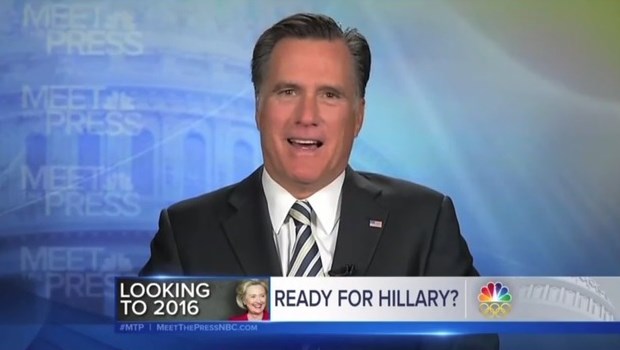 As the Republican establishment is trying convince Rep. Paul Ryan (R-WI) to run for House Speaker, Romney told David Axelrod on a recent “The Axe Files” podcast that the “extremes within our respective parties are having a louder and louder voice and demanding more attention” and “immediate action” as opposed to more “collaborative action.”

Romney said this phenomenon flows in part from the “change in the world of media.”

“There was a time when we all got the news with the same facts, if you will,” he said. “We had three networks we watched for the evening news. Most of us got newspapers. Everybody in the middle class got a newspaper, so we got the same facts whether we agreed or not with them.”

Now, according to Romney, people “get their news on the web” and “they tend to read those things which they agree with.” He said people are “not seeing the other side” and “not even getting the same facts” while “we have commentators” on left-leaning and right-leaning cable news channels “who are hyperbolic in expressing their views on issues.”

The article goes on, with Romney lamenting that this has induced more liberals in the Democratic Party and people “who feel they are more insurgent” - ie: conservative” in the GOP as opposed to gathering  in “the center of the party.”

“And I think that divisiveness is one of the things that has led to Washington having such a hard time getting things done……There are some in our party who think the best approach is throwing bombs. The problem with bomb throwing so far is that most of the bombs have landed on our own team. That doesn’t help.”

The Breitbart piece concludes with Romney lauding Jeb Bush, Marco Rubio and John Kasich, saying that the “best approach is to see if we can’t find common ground with the people across the aisle…..We have Paul Ryan, for instance, that’s willing to work with Democrats. I think that’s a productive thing.”

And Establishment Republicans are still wandering around wondering why Romney isn’t president?

In fact, there is almost nothing new in this Romney lament - except that now thrown into the mix of this moderate GOP mush is the business about the conservative media.

Way back there in 1950 - that would be 65 years ago -- then-RINO Republican New York Governor Thomas E.Dewey said his version of the same thing, condemning conservatives in the GOP as “extreme reactionaries” and “pseudo-intellectuals”  whose demands for a conservative GOP  meant the GOP “would lose every election and the Democrats would win every election.”  This from the man who just two years earlier lost his second presidential election in a row raising the flag of Romney-style GOP moderation.

What’s new in Romney’s version of what Ronald Reagan used to call “fraternal order” Republicanism is the business about the conservative media. And when he discusses those who “get their news on the web” because of a “change in the world of media” he’s talking about sites like - well - this one. NewsBusters. He’s talking about the The American Spectator, National Review, Breitbart, The Daily Caller. And, of course, Romney can only mean Fox News and talk radio - Rush, Sean, Mark, Glenn, Laura and all the rest spread across what Rush calls the “fruited plain” nof America.

What particularly astounds is this bit of Romney logic that before there was a conservative media “we got the same facts whether we agreed or not with them”  which in turn enabled “collaborative action.”

Bearing in mind that this is the 2012 Republican Presidential nominee saying all of this - nominated because, assured the GOP Establishment, he was a sure-thing winner - one can only read his thoughts and be astonished that he must never have read the late William F. Buckley’s famous mission statement when Buckley created the first of the conservative media outlets - National Review. If Buckley had indulged, he would have found his answer about all this jungle of modern day conservative media from the man who planted the first seeds of growth way back in 1955. Among other things Buckley said that if: 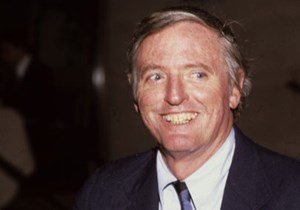 “…NATIONAL REVIEW is superfluous, it is so for very different reasons: It stands athwart history, yelling Stop, at a time when no one is inclined to do so, or to have much patience with those who so urge it.

.The most alarming single danger to the American political system lies in the fact that an identifiable team of Fabian operators is bent on controlling both our major political parties(under the sanction of such fatuous and unreasoned slogans as “national unity,” “middle-of-the-road,” “progressivism,” and “bipartisanship.”) Clever intriguers are reshaping both parties in the image of Babbitt, gone Social-Democrat. When and where this political issue arises, we are, without reservations, on the side of the traditional two-party system that fights its feuds in public and honestly; and we shall advocate the restoration of the two-party system at all costs.”

Buckley could not have been clearer. And so too in the modern era his conservative descendants at the previously named Internet, television and radio outlets could not be clearer. Not for any of them - let me include myself in here  to make that “them” an “us” -- this Romney business of “collaborative action” or “with the Left.

Our friends at The Wall Street Journal  recently saw fit to …um…subtly run a quote from Ronald Reagan’s memoirs on the subject of compromise, which said this about Reagan’s first years as governor of California dealing with a Democratic legislature:

When I began entering into the give and take of legislative bargaining in Sacramento, a lot of the most radical conservatives who had supported me during the election didn’t like it. “Compromise” was a dirty word to them and they wouldn’t face the fact that we couldn’t get all of what we wanted today. They wanted all or nothing and they wanted it all at once.

If you don’t get it all, some said, don’t take anything.

I’d learned while negotiating union contracts that you seldom got everything you asked for. And I agreed with FDR, who said in 1933: “I have no expectations of making a hit every time I come to bat. What I seek is the highest possible batting average.”

If you got seventy-five or eighty percent of what you were asking for, I say, you take it and fight for the rest later, and that’s what I told these radical conservatives who never got used to it.

The problem that the Boehner-McConnell Republicans in Washington exhibit repeatedly is not that they fight and get the Reagan-style 75 or 80 per cent. The problem is that they are widely seen as not fighting at all. Or worse, going out of their way to quickly cave to President Obama. In fact, back there in the mists of 2014, in an editorial titled "The Minority Maker." the WSJ assailed Texas Senator Ted Cruz, headlining: Ted Cruz hurts his party by forcing a meaningless debt-ceiling vote.

We're all for holding politicians accountable with votes on substantive issues, but Mr. Cruz knew he couldn't stop a debt increase the House had already passed. He also had no alternative strategy if the bill had failed, other than to shut down the government again, take public attention away from ObamaCare, and make Republicans even more unpopular.

Democrats beat the odds and retained their Senate majority in 2010 and 2012 in part because they stuck together. If Republicans fail again this November, a big reason will be their rump kamikaze caucus.

In other words, contra Reagan, the WSJ was demanding that Cruz not even try to get a deal on the debt increase but simply cave outright. And because Cruz was fighting, they warned ominously that the GOP might fail in the 2014 elections  because of “their rump kamikaze caucus.” In fact, the opposite happened. As Reagan also said - while President - he was willing to take a deliberate defeat rather than cave to the opposition because doing so illustrated in vivid fashion to the American people the difference between Republicans and Democrats.

This brand of Reagan thinking is anathema to the GOP Establishment today -- as in fact it was in Reagan’s day. When Reagan, as I have mentioned before, faced defeat on a Clean Water bill he requested House Republicans vote to sustain his veto knowing they would lose. Only 26 had the guts to stand with him. Reagan found it hard to hide his disdain for this kind of thinking, on another occasion writing in his diary that he had “rabbits” when he needed “tigers” on Capitol Hill.

Suffice to say, this is exactly the kind of disagreement that is at the core of Mitt Romney’s attack on conservative media. It is the age-old, age-old lament of the moderate GOP, and was long before conservative media ever existed.  Today its easy to blame Rush or Sean or Mark or Fox or those of us scribbling away here at NewsBusters or elsewhere in the conservative media.

But the simple fact of the matter is that all conservative media does is, after decades of a liberal media monopoly, finally shed the spotlight on exactly what the liberal agenda - the liberal “worldview” is really all about.  And help lead the fight to defeat it -- not compromise with it.

And the fact that Romney doesn’t get it tells conservatives everything they need to know about why Mitt Romney isn’t President Romney.