Wasting little time to clear the deck for her upcoming presidential campaign, Sen. Elizabeth Warren, D-People's Republic of Massachusetts, last week trumpeted the results of a DNA test she took in a ham-fisted effort to prove she is of Native American descent.

"Warren reveals test confirming ancestry" read the assertive front-page headline in the Boston Globe announcing the news -- and it was all downhill from there.

The Globe was then forced to run two corrections for the story as a result of its reporter failing basic math, each of the mistakes, go figure, according Warren with more Native ancestry than the test actually revealed.

Look for that same story online now and the Globe has backpedaled from its bold initial headline. It now reads, Elizabeth Warren releases results of DNA test (confirming that she has ancestors!). Just as state-funded National Public Radio was hedging its bets in the NPR Politics podcast three days after the Warren story broke.

KHALID (starting at 0:50 in the embedded audio): The longstanding feud between Massachusetts Senator Elizabeth Warren and President Trump intensified this week after Warren got a DNA test to try and claim her Native American ancestry.

POLITICAL EDITOR DOMENICO MONTANARO (4:15): The reality of this is that this was the clearest sign yet that she's running for president, OK? Because what you do when you're a candidate for office is that you get your biggest vulnerability out of the way. And, you know, it's never going to be a lot of good news coverage when it comes to this issue for her or a big vulnerability. But getting it out of the way now makes it a three-day story rather than a three-week story and she can say in 2019 it's been litigated.

A significant concession from a journalist at NPR, that Warren's exaggerated claim to Native ancestry was her "biggest vulnerability." (One wonders if Montanaro would have said before the test results were disclosed). Imagine the outrage had anyone at NPR opined in the same manner about Obama's citizenship when Trump and others were questioning it.

Montanaro compounded the damage by adding that there was "never going to be a lot of good news coverage when it comes to this issue for her" (followed by his nonsensical, "or a big vulnerability"). In other words, even among media types who overwhelming skew left, Warren's claim is not deemed credible.

Next up was national political reporter Mara Liasson, who stepped in it not once but twice, kinda like the Boston Globe --

LIASSON (5:02): Donald Trump is an expert at finding someone's weakness and really poking at it over and over again. And this is a mistake that Elizabeth Warren made a long time ago. She allowed academic institutions to list her as a Native American, maybe to get points for having -- at one point, she was called a person of color -- on their staff. There's no evidence that she benefited from this. She had an opportunity to put this to rest when she first ran for Senate and she didn't. ...

Ahhh, that was her mistake -- Warren "allowed" academic institutions, the University of Pennsylvania and Harvard Law, "to list her as a Native American." How utterly selfless of her. Hence it was as much their mistake as Warren's. But where would they have gotten this info about her ... except from her? You know, the same woman saying she bases her claim on "family lore." So either it was conveyed from Warren to UPenn and Harvard -- or that's one helluva coincidence, twice over. 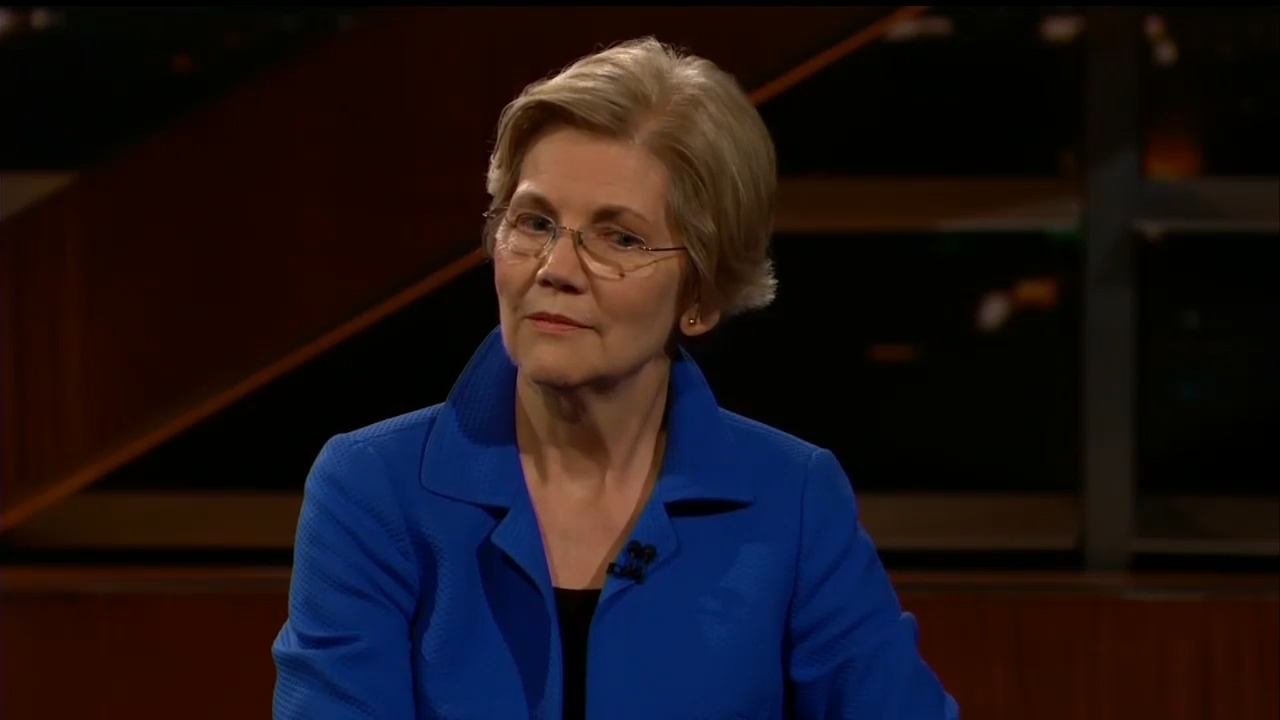 As for this not helping Warren professionally, how can anyone state with certainty that it didn't? After all, it cannot be known what would have happened had Warren not "allowed" two law schools to list her as Native American.

Liasson then made this inaccurate claim --

LIASSON: Clearly there were some costs to it. She got mocked as somebody who was playing identity politics. But Donald Trump said, who cares? Like he didn't really care. But he also reneged on a promise he made because, remember, he said, if she takes a DNA test and it turns out she has Indian blood, I'll give a million dollars to her favorite charity, which of course she asked him to pay up. She picked a charity that helps Native American women. And he said, nope, I'm not paying.

What Trump actually said was that he would pay off the bet if Warren took the DNA test -- "and it shows you're an Indian." And the test that Warren unveiled to great fanfare shows -- ta da! -- that she is of 99 percent European descent -- and with Native lineage so minuscule one must squint to see it. But considering Warren's grifter inclinations, it comes as no surprise that she wants to collect on this wager.