Appearing on The Nightly Show with Larry Wilmore last night, Black gushed about his boundless admiration for the former president's purported skills in persuasion, a trait with the unfortunate side effect of having long convinced Clinton that he can talk his way out of anything.

WILMORE: Lewis, what is she telling us right now?

BLACK: Well, really what's she's telling us is that's as far away as she could possibly get him but he's still in the United States. (Laughter from Wilmore and his other guests and the audience, as if they'd heard something funny. Other guests actually clap in response). No one is going, you know, to Appalachia. They're avoiding the inner cities and she can't make him the ambassador to, like, Bora Bora. (More inane laughter).

But she could propose making Bill Clinton the ambassador to, oh say, China if her actual intent was to get him as far as humanly possible from DC (as when, for example, Obama named her secretary of state). What Wilmore's answer actually revealed is that his audience is easily amused and guests are instructed to laugh heartily at what other guests say regardless of content. 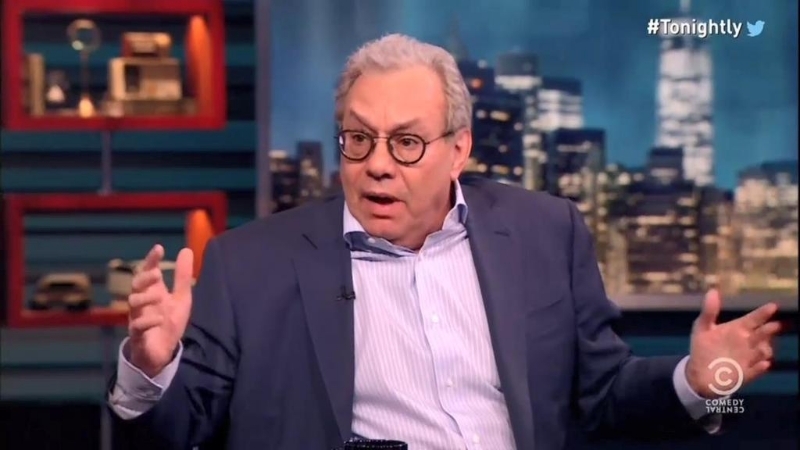 Someone else not going to Appalachia -- Black on his current tour. Spare yourself the cost of tickets and behold a nutshell of his comedy here --

WILMORE: But they even asked her, is he going to be in the cabinet and she's like, no! I don't know what you guys are thinking. I was just making all that s**t up. (more forced laughter).

SCREENWRITER AND ACTRESS GRACE PARRA (in guise of Hillary Clinton): I'm not new to this!

COMEDIAN JORDAN CARLOS: Is he gonna be down the hall, like, what's his role exactly? I mean, could they do like a, I mean, listen, I love House of Cards. I just don't want it to be, like, the real thing. (laughter).

PARRA: It feels like the Underwoods are based on Hillary and Bill already, right?

Possible new stump pitch for Donald Trump -- Who do you want in the White House, me or the Underwoods? Have you seen what they're capable of?!

WILMORE: People feel like they got a two-for-one the first time. Do you think that's the expectation this time?

BLACK: Well, also, I mean, you can't, it's him! You can't underestimate him! (manic laughter in background, source unclear). You can talk about this, that, whatever he did, whatever happened. Nobody gives a s**t, it's him! They love him!

Perjury, obstruction of justice, serial sexual harassment, a credible allegation of rape ... who cares?! Here is where Black demonstrates that Clinton can "literally" say anything and Black will be rendered into putty --

BLACK: I was in a room with him .... not a small room where things happened! (laughter) ... It was a party, he got up to speak and, literally, he is, you will buy anything the f****r wants to sell!

BLACK: He is the greatest, he should be on late, I was praying he would just do late night ads and I could just liquor up every night and buy all the s**t in the world! (Other guests over the top with guffaws, mock clutching of ribs).

WILMORE: He should be infomercials for the administration!

CARLOS: And sell saxophones on the side!

To recap: Hillary wants to give Bill a worthless job that would keep him far away, but he's also just the guy to sell whatever she can't. Which is a lot. Yeah, that makes sense.

Clearly it hasn't occurred to Black that it matters not only what Bill Clinton tries to sell, but what he denies doing and is later found to have done. That's where things have really gotten dicey.