Imagine if the presidents Bush had refrained from appointing David Souter and John Roberts to the Supreme Court, GOP presidential candidate Ted Cruz said before the Eagles Forum conference in St. Louis over the weekend. If the Bushes went with "rock-ribbed conservatives" instead, Cruz suggested, the high court would have rejected Obamacare and same-sex marriage.

Meet the Press moderator Chuck Todd took exception to Cruz's claim with a "fact check" that was lacking in a sorely needed element -- Todd citing where Cruz was wrong.

The Washington Post's Dave Weigel and Katie Zezima wrote about Cruz's remarks in a story titled "Once a John Roberts booster, Ted Cruz continues to turn against him," pointing out that Cruz as a young lawyer emulated Roberts' approach to argument and invited Roberts to work on the GOP legal team during the Florida recount in 2000.

Since then, Roberts' luster has faded for Cruz and he frequently criticizes the chief justice. Here is what Cruz said about Roberts and Souter getting nominated to the Supreme Court, as quoted by Weigel and Zezima --

In 1990, in one room, was sitting David Souter. In another room was sitting Edith Jones, the rock-ribbed conservative jurist of the Fifth Circuit Court of Appeals. George Herbert Walker picked David Souter. Let's fast-forward to 2005. In 2005, in one room was John Roberts, and in another room was my former boss, Mike Luttig, a rock-ribbed conservative jurist on the Fourth Circuit Court of Appeals -- and George W. Bush picked John Roberts. ...

It's that it was easy. Neither Souter nor Roberts had said much of anything. They didn't have a paper trail. They wouldn't have much of a fight. Let me tell you the difference of that. If instead of David Souter and John Roberts, the Presidents Bush had nominated Edith Jones and Mike Luttig, Obamacare would have been struck down three years ago and the marriage laws of every state would still be on the books.

On Meet the Press this past Sunday, Todd showed a clip of Cruz's remarks that included only the last sentence quoted above, followed by Todd providing a correction where none is needed --

A little fact-check there -- for the record, Justice Souter's seat was actually filled by a Democratic president and John Roberts in fact did not vote to legalize same-sex marriage.

But where did Cruz mangle facts? Implied in Cruz's premise is that Jones and Luttig, had they been nominated and confirmed to the court, would still would have been there when Obamacare and same-sex marriage were decided, in June 2012 and this past June, respectively. And Cruz is on solid ground suggesting Jones or Luttig as potential nominees -- both were reported to be on the short lists when vacancies opened in 1990 and 2005. 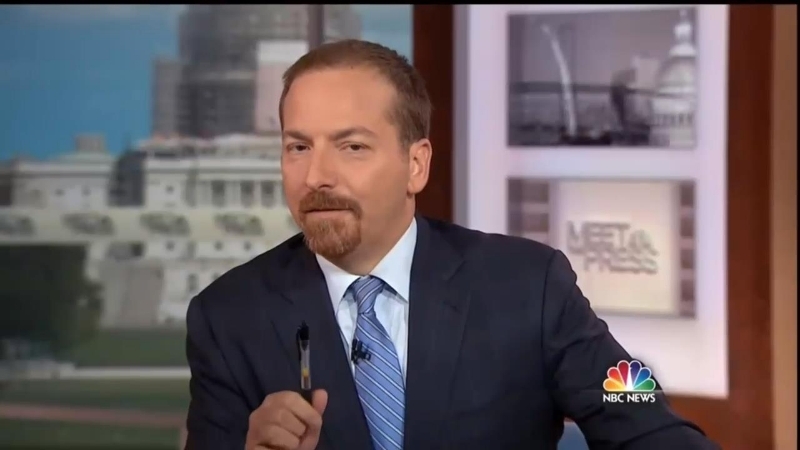 Also worth noting is that neither Jones nor Luttig, considering their ages, are likely to have retired prior to the Obamacare and same-sex marriage rulings. Souter stepped down in 2009 at the relatively young age (at least for the Supremes) of 69. Jones, born in April 1949, is fully a decade younger than Souter while Luttig, born in 1954, is even younger (again, when it comes to the Supreme Court).

If as Cruz suggests the elder Bush places Jones on the court instead of Souter, and Jones remains there to the present day, liberal "wise Latina" Sonia Sotomayor wouldn't have been appointed to replace Souter -- and this alone would have made a pivotal difference in the court's narrow 5-4 rulings on Obamacare and same-sex marriage. Replacing Roberts with Luttig, with Jones also on the court, and that 5-4 vote to uphold Obama's signature domestic legislation becomes a solid 6-3 rejection.

Seen from this perspective, Cruz's premise isn't factually wrong. Todd is picking up a snippet of a quote and trying to conflate it into a factual error.