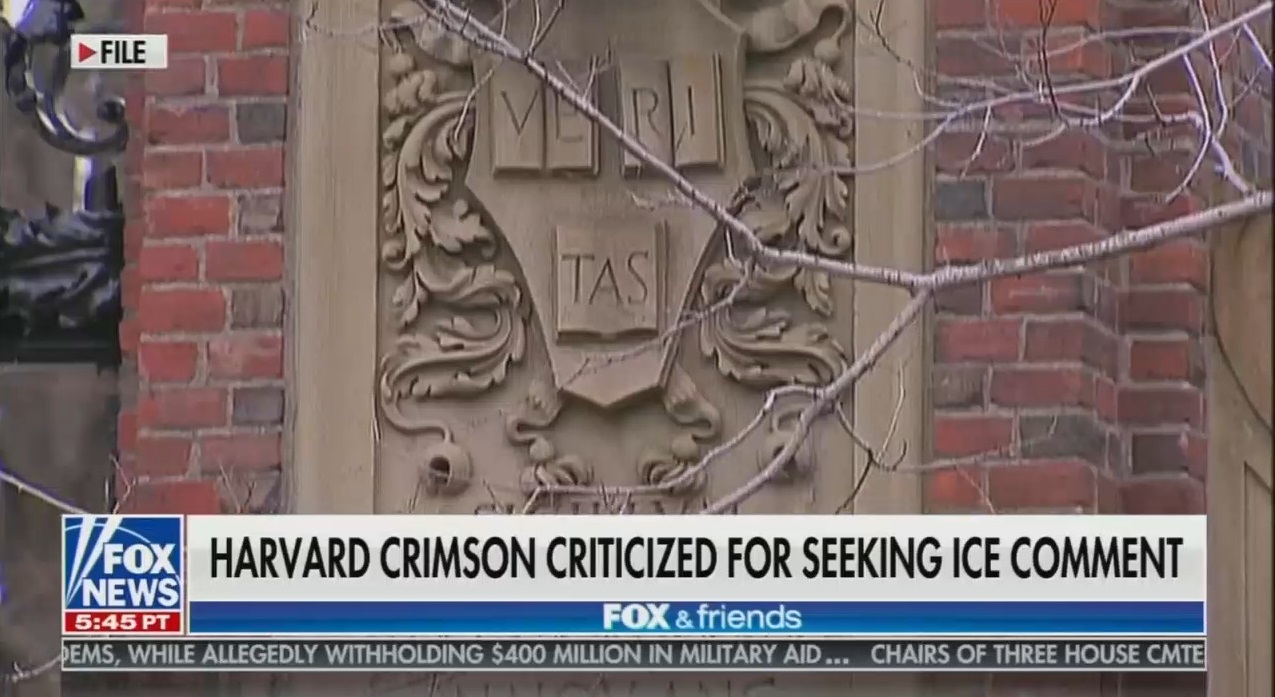 Reporters are supposed to cover both sides of the story, where there are two sides to it. Journalists trumpeted this principle in defending a recent story in the Harvard Crimson that sought to quote both sides about an immigration controversy.

But in the real world, this principle is often ignored. If a reporter doesn’t want to cover both sides of the story, she just pretends there aren’t really two sides to it, and then quotes only the side she likes. For example, a progressive Chicago Tribune reporter wrote a puff piece about New York City’s immigration guidance, which threatens to impose $250,000 fines on people who use the term “illegal alien” instead of alternative terms like “non-citizen.”

This bias and one-sidedness is particularly true of reporters writing about schools or the educational system; or reporters writing about race or gender issues. Such reporters generally don’t want to print both sides of the story, because that would undermine the progressive political message they seek to promote through their reporting. They want to change the world by changing readers’ minds, not print both sides of the story, which could actually reinforce a reader’s existing views.

Recently, there was controversy over whether the Harvard Crimson newspaper should have quoted federal immigration officials in a story about their activities. After the Harvard Crimson covered an “Abolish ICE” protest on campus in September, “fierce blowback came from student activists,” notes The Washington Post. The activists argued that the Crimson should not have contacted ICE for comment.

The Crimson had covered a rally calling for the abolition of Immigration and Customs Enforcement (ICE). The reporters contacted ICE for comment, but didn’t hear back.

College Democrats and other groups called on the Crimson to apologize for reaching out to ICE, claiming that asking it for comment is “virtually the same as tipping them off, regardless of how they are contacted.” The newspaper’s attempt to obtain the perspective of the agency in question “blatantly endangers undocumented students on our campus,” read the petition.

The Washington Post’s editorial board defended the Crimson‘s contacting ICE, saying that printing both sides of the issue is a matter of “journalistic principles.” Thus, The Post argued, failing to seek comment from ICE would have been a departure from “journalistic norms.”

Unfortunately, if “norm” means “normal,” that is untrue. As a matter of journalistic principle, newspapers should seek out both sides. But there is nothing abnormal about them failing to do so. One-sidedness is quite normal among journalists. I can attest to this from many years of personal experience, in dealing with The Post and other papers.

After graduating from Harvard Law School, I practiced education law for years. That included successfully representing students, school board members, and private colleges in First Amendment and discrimination cases. The Supreme Court ruled in favor of some of my clients in discrimination and federalism cases, and I successfully used lawsuits to challenge students’ discipline under the First Amendment. I also worked in the Education Department in two different administrations handling civil-rights issues.

But I’ve almost never been cited by The Post’s news reporters. They’ve published many stories over the years on issues I had litigated or written about. But Post reporters seldom quoted anyone on my side of the issue. They quoted me only twice, even though I have sent sent Post education reporters dozens of emails in response to campus controversies or lawsuits. My emails provided useful quotes for publication, because they cited controlling legal authority related to the specific subjects raised by their reporting, such as free speech, discrimination, and sexual harassment. My emails discussed court rulings binding on the very colleges the reporters were writing about.

The Post’s news reporters didn’t quote me about these subjects, even though conservative Post opinion columnists have quoted me about them (such as George Will) or linked to my writings (such as the late Charles Krauthammer). It is not as if I am too politically extreme to cite. I may be somewhat conservative, but I am far closer to the political center than most people quoted by Washington Post education reporters, who are mostly staunch progressives.

There were two exceptions where I actually was quoted by a Post reporter about education issues over the years. The first was when a Post reporter decided to write a hit piece about my cranky blog post, nitpicking about my daughter’s history textbook. I unintentionally made him aware of that blog post, by using “reply all” to send it to a large group of email users that turned out to include him.

His draft story was initially very hostile to me. It became less hostile to me after the textbook publisher threatened to sue the reporter for libel, making the reporter more sympathetic to me. The published falsely cried “libel” when the reporter accurately told it that I did have a point about the textbook being wrong to claim that Roanoke is a “fast-growing city,” when it isn’t growing much. The reporter published not one but two articles about the history textbook and my blog post about it, which you can find here and here.

The second instance in which The Post quoted me was about whether Old Dominion University could punish a fraternity over  a humorous banner telling moms to drop their freshman daughters off at the fraternity. Angry people claimed the banner somehow made light of sexual assault, even though the banner contained no hint of such  a message. The Post reporter was not thrilled with my observation that the First Amendment protected the fraternity from being punished by the university. She probably only quoted me because she felt she had no choice but to do so.