The Chris Cuomo Memorial Award for Worst Quote of the Year 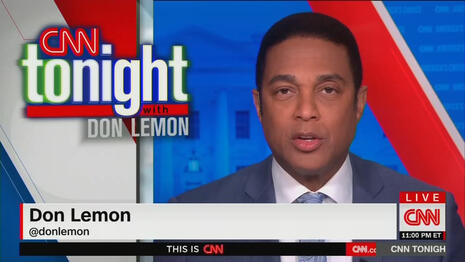 It was a challenging task but an esteemed panel of NewsBusters editors led by MRC President L.Brent Bozell and MRC’s Vice President for Research and Publications Brent Baker boiled down all the biased outbursts from lefty hack hosts, anchors, reporters and pundits in 2021 and declared a winner(s.)

This year we had a tie. The two quotes reflect the stark double-standard seen in the coverage between President Joe Biden and Donald Trump. During his first three months in office, the broadcast evening newscasts showered President Joe Biden with 59% positive press. Four years ago, those same programs were hammering Trump with 89% negative press.

The bias was so strong at CNN they produced not one but two contenders who earned the dubious honor of worst quote of the year, which we’re calling The Chris Cuomo Memorial Award For Worst Quote of The Year.

MRC President L.Brent Bozell announced: “This explains why CNN is now unwelcome even in airports. CNN is to news what Cuomo was to integrity.”

Without further ado here are the winners (followed by the top runners-up):

“Those lights that are, that are just shooting out from the Lincoln Memorial along the reflecting pool….It’s like almost extensions of Joe Biden’s arms embracing America. It was a moment where the new President came to town and sort of convened the country in this moment of remembrance, outstretching his arms.”
— CNN Political Director David Chalian during CNN’s Inauguration coverage, January 19.

The following is a montage of the runners-up and winners:

“Why would you [Republicans] bring back the most odious laws suppressing the black vote, almost by design, since Jim Crow? You want a nice activity? Google ‘Jim Crow Laws’ in states where they existed and compare them to the language, phraseology, and the intention of what’s sold in over 40 states right now, some 250 plus bills. Take a look and be shocked at the similarity….This is becoming some kind of perverse holy war for you guys.”
— Host Chris Cuomo on CNN’s Cuomo Prime Time, March 15.

“Limbaugh reached millions of listeners via his golden microphone....hardening rural white listeners and weaponizing white male grievance….A guy who took white Americans out there in the hinterlands and fed them a narrative of….‘You’re the victim. The black people, the brown people, the women, the feminazis, they’re taking it from you. They’re taking things from you.’... He called President Obama, ‘Barack the Magic Negro,’ and used his black sidekick as a cover to be able to do that outright racist stuff.”
— Host Joy Reid on MSNBC’s The ReidOut, February 17. Rush Limbaugh’s song parody mocked liberal Los Angeles Times columnist David Ehrenstein’s March 19, 2007 column “Obama the ‘Magic Negro.’”