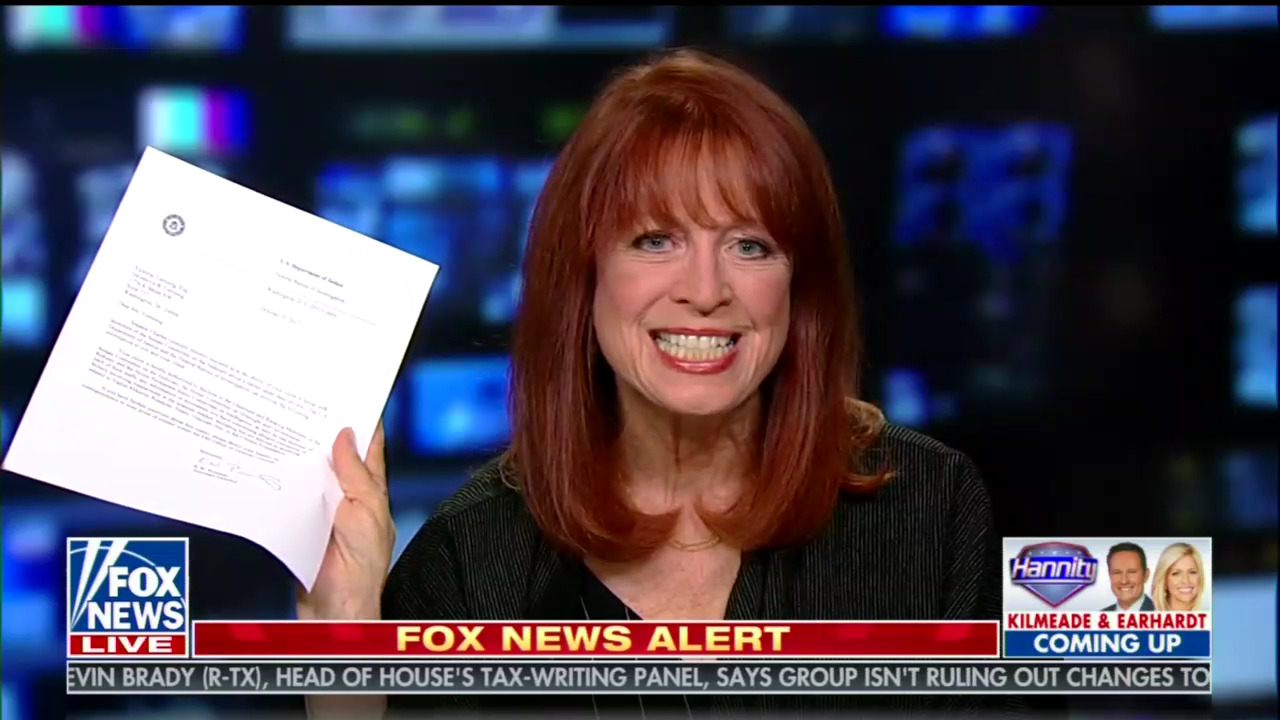 The undercover FBI informant who has detailed evidence in the Clinton/Uranium/Russia scandal and who was gagged by the Obama administration, is now allowed to testify before Congress.

This crucial development in the case comes on the heels of Senate Judiciary Committee Chairman Chuck Grassley calling for a special counsel to investigate the Uranium One deal.

But you wouldn’t know any of these facts if you got your news from the Big Three (ABC, CBS, NBC) networks. In fact, there’s only been less than two minutes of coverage (ABC: 20 seconds, CBS: 99 seconds, NBC: 0 seconds) devoted to the linton/Uranium/Russia scandal since The Hill started breaking new developments on October 17.

Not only did the Big Three morning shows not cover Wednesday night’s announcement of the informant’s gag order being lifted, they haven’t even informed their viewers of the existence of the muffled informant that was threatened by the Obama administration.

FNC host Sean Hannity, on his Wednesday show, invited on the informant’s attorney, Victoria Toensing, to discuss the breaking news about her client:

HOST SEAN HANNITY: Victoria, let’s start with what we were asking for last night has now come out. That, in fact, the NDA, the non-disclosure.

VICTORIA TOENSING: Here it is! There’s the letter.

HANNITY: I love when my guests come with props. That’s great. Tell us what you got there.

TOENSING: Well, I have the letter that you read, the press release that you tracked, actually the wording is the same in my letter. It’s just to me and telling me to get in contact with the FBI about the process.

HANNITY: Okay. So the process would be that the NDA will be lifted and the informant and we were told he knew in 2009 and 2010 before the Uranium One deal was done that he had overwhelming evidence that he had emails, that he had documents, that he has tapes that would show the bribery, the racketeering, the corruption, the money laundering and extortion. Is that what we expect to hear?

TOENSING: Yes. And he can put a lot of meat on those bones that Sara [Carter] and John [Solomon] have built for us. He can give context and he can tell about conversations, the Russians had, about what they were doing with various piles of money and the Uranium One.

HANNITY: Where did the money come from, Victoria?

TOENSING: Russia. I’m not going to get into that yet. Let’s wait until he tells us.
...

HANNITY: Victoria, your client is saying, just so we’re clear, that the President was made aware in 2009 of all of the bribery, all of the kickbacks, all of the extortion, all of the money laundering and Vladimir Putin’s intention to corner the American uranium market. Am I getting that right?

TOENSING: You are. Well, the FBI told him that that was true. Now, were they fibbing? I doubt it. They were being very specific about ‘we’re giving it to the President in his daily briefing.’ And that was prior to October 2010 when the CFIUS decision was made.

HANNITY: And [former FBI Director Robert] Mueller and [deputy attorney general Rod] Rosenstein? They knew about it but they are now investigating Trump-Russia collusion? Isn’t there a little conflict there?

HANNITY: I couldn’t write a novel this bizarre.

TOENSING: We deal in appearances of conflict. So, I mean, that should be enough right there.

Later on in the October 26 show, Hannity brought on FNC’s legal analyst Gregg Jarrett to examine how potentially damaging the informant’s evidence could be for Clinton and Obama administration figures:

HANNITY: Victoria can you tell us that. Did your client save all of the evidence that he had acquired?

TOENSING: He has a lot of evidence. I haven’t been able to get to see it all. But I will do so, now.

HANNITY: Wow. Greg Jarrett, based on what we know, assuming everything that they have been reporting is true, they have documents, emails, tapes, and that millions of dollars and he knows and he was there. He was four years inside this, and they knew in 2009. Are people going to jail this time? Is this it?

GREGG JARRETT, FOX NEWS LEGAL ANALYST: I would suspect so.

JARRETT: Somebody has got to go to jail over this, and not just the one who’s been convicted and clammed up.

HANNITY: Who are the top people that are in jeopardy?

JARRETT: Well I think Hillary Clinton, anybody at the DNC.

JARRETT: James Comey in particular, because he may have abused his office and he could have done it for –

JARRETT: No, covering it up to Congress is a  breach of his duty.

HANNITY: He should recuse himself.

JARRETT: He should recuse himself.

JARRETT: Absolutely. And Jeff Sessions needs to get off his duff and appoint a special counsel to investigate –