Media Are Terrified By Trump 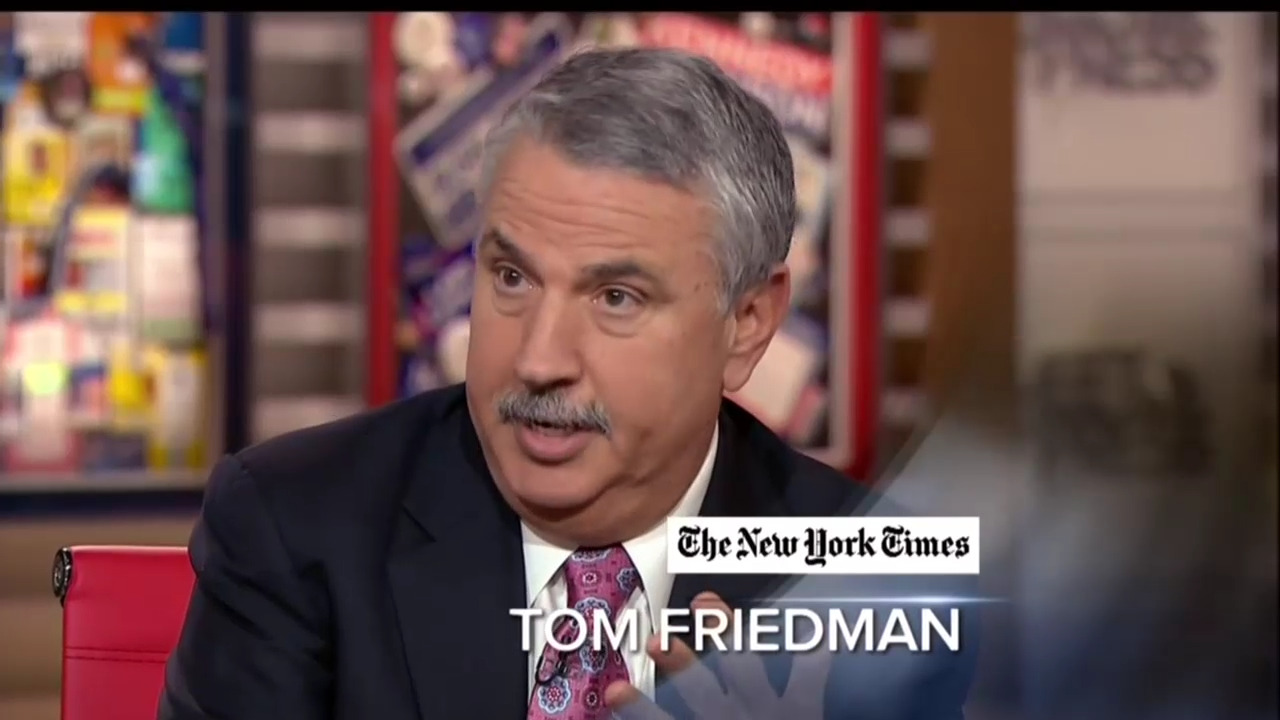 We are going into the third month of the Donald Trump presidency and the media are still having full-blown panic attacks over him. The New York Times’ Thomas Friedman was so terrified by Trump’s early morning tweeting that he suggested that the “nuclear codes” be taken away from the President.

MSNBC host Mika Brzezinski moaned: “We are at a low point in American history....We are all really nervous. So, if people out there feel nervous, we do, too.” Disgraced anchor Dan Rather all but shouted “resist!” when he roared “Everyone who normalizes Mr. Trump now, or has in the past, will have to answer to future generations for their....outright cowardice.” Lefty entertainers like Rob Reiner, were fearful too: “The whole thing is scary to me...to have somebody at the helm who is mentally unstable is frightening.”

The following is a compilation of the most recent and ridiculous media meltdowns over Trump:

“Waking up at 6 AM in the morning, tweeting out one of the most damning accusations one president could make after another....then talking about Arnold Schwarzenegger, that is non-presidential behavior. That is not adult behavior. That is juvenile behavior. And the fact that we have a president who engages in that is, to me, deeply disturbing....A few more mornings like this of 6:00 AM tweets, and people are not going to be talking about taking away his Twitter, they’re going to be talking about taking away his football. And I mean the nuclear codes.”
— New York Times columnist Thomas Friedman on NBC’s Meet the Press, March 5.

If You Don’t Stand Up To Trump Now, History Will Judge You

“Everyone who normalizes Mr. Trump now, or has in the past, will have to answer to future generations for their acquiescence, silence or sophistry — if, indeed, not outright cowardice.”
— Disgraced former CBS Evening News anchor Dan Rather in a Facebook post, March 6.

Worried That Trump’s Words Will Cause Terrorist Attack

“Look, he’s been waging war on the press for a while but I have to say this language is, you know, really far outside...I think most people at this table were alive and politically conscious at the time of the Oklahoma City bombings...Every time that Donald Trump uses this kind of language I always worry that it’s an incitement to – elements of our country that are – that might go ahead and do something when the President of the United States calls the press the enemy of the people. That they might take that seriously.”
— Political analyst John Heilemann on MSNBC’s Morning Joe, February 20.

Trump’s “Frightening and Treacherous” Words are Threat to Democracy

“Trump’s attacks on the American press as ‘enemies of the American people’ are more treacherous than Richard Nixon’s attacks on the press. Nixon’s attacks on the press were largely in private. There’s a history of what ‘enemy of the people,’ that phrase means as used by dictators and authoritarians including Stalin including Hitler....We’ve never seen in an American president such open authoritarian moves and rhetoric. This is a terrible time we’re living in....His words are an MRI of his mind. And so far that MRI is showing all kinds of masses in the brain that ought to concern not just reporters but people all over this country because they are expressed in demagogic and frightening and treacherous words that have meaning in terms of threats to democracy.”
— Political analyst and former Washington Post editor Carl Bernstein on CNN’s Reliable Sources, February 19.

Trump is a Low Point for America

“We are at a low point in American history and I don’t know how anybody can defend this President, even if it’s their job. Like you’ve got to have a job after this. You’ve got to look in the mirror after this....This is really bad. Just for the record, we are all really nervous. So, if people out there feel nervous, we do, too.”
— Co-host Mika Brzezinski on MSNBC’s Morning Joe, March 6.

“Here’s a man [Donald Trump] who made us believe that Barack Obama was the boogeyman. Here’s a man who spent years of his life trying to convince America this guy is illegitimate, he’s ill-informed, he’s ill-conceived, and he tried to retroactively abort him from the womb of democracy. Now, he’s calling him Richard Nixon. That’s the sheet [KKK reference] calling the rice white.”
— MSNBC political analyst and Georgetown professor Michael Eric Dyson on CNN Tonight, March 6.

It’s “Our Job” to Tell People What to Think

“Well, I think that the dangerous edges here are that he [Donald Trump] is trying to undermine the media and trying to make up his own facts and could be while unemployment and the economy worsens he could have undermined the messaging so much that he can actually control exactly what people think. And that is — that is our job.”
— Co-host Mika Brzezinski on MSNBC’s Morning Joe, February 22. Brzezinski later tweeted that her comments were misconstrued.

No Way Trump Is Smart Enough To Know Those Big Words

“The way President Trump speaks extemporaneously, is not the same as what he said tonight. It sounded, to me, and this is just — I mean, I thought it was — he sounded very presidential. This was a speech written by a college student for someone else trying to use big words to impress that the person who is reciting it did not know the meaning of the words. That's how it sounded.”
— Host Don Lemon discussing Trump’s address to Congress on CNN Tonight, March 1.

Host Chris Matthews: “I know you are not that sentimental, but I was taken with the widow of, certainly, Carryn Owens tonight. And then everything was going well and the people were reacting and she was in her private moment there.... And then Trump had to start talking about the number of minutes of applause and doing the applause meter on it....Wasn’t that a bit grotesque? I thought. What did you make of that?”
HBO Real Time host Bill Maher: “I wasn’t crazy about the response to that, because —  like it was such a great moment. First of all, I wish she hadn’t allowed herself to be used as his prop like that.”
— MSNBC’s Hardball, March 1.

Worried About the Worst Under Trump

“I feel like I’ve just been raped and I just don’t know if I’m going to get murdered.”
— Comedian and producer Judd Apatow joking about Trump in a February 18 stand-up set, as reported in a February 19 Daily Beast article.

“We don’t have anybody at the helm of our country right now. He is, you know, I hate to say it, you know, we don’t want to use the word ‘mentally ill,’ but he’s mentally unstable, this man, and so who is going to take charge here when the next attack? If the first attack — which was going into our elections which we know happened —  if it had been that a bomb blew up in New York, everybody would be going crazy. That’s what happened. He blew up something. and now he could blow more stuff up. So have to be, you know, we’ve got to make sure our country is stable. And right now, it’s not stable...The whole thing is scary to me. We’re, you know, to have somebody at the helm who is mentally unstable is frightening.”
— Actor Rob Reiner on MSNBC’s AM Joy, March 5.

“I find this president has so hurt the feelings of every human being in this country and the civil rights that he is trampling on. So I’m not too worried about hurting the feelings of him or the people who support him....I kind of thought the rest of my days after President Obama was going to be, you know, we are now gonna be living in that country we dreamed of.... And I never thought my next 20 or 30 years would be, hopefully, getting back to....where we’re supposed to be as human beings and as moral characters in this country and in this world.”
— Actress Jane Kaczmarek on PBS’s Tavis Smiley show, March 3.

“Mike Pence is a loathsome swine who has every intention of stripping basic rights from most of the country. And he’s blithely complicit in abetting Bannon’s deliberate dissolution of our democracy. Would I prefer he were president instead of the quivering, Tang-sweating, praise-eating, Putin-smooching, laser-pointer-chasing man-brat we have now? Yes. Pence is unethical, but he’s quantifiable. He’s opposable, like a thumb.”
— Filmmaker Joss Whedon in an e-mail sent to Buzzfeed for a March 8 article on Mike Pence.