Amy Schumer: My Liberal Politics May Hurt My Career, But I Don’t Care 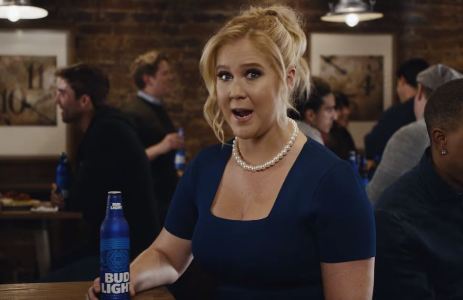 Comedian and actress Amy Schumer absurdly claimed if only she kept her “mouth shut” about her “real feelings about politics or gun violence” that “career-wise” it “would be financially better for me, but I don’t care.”

This is coming from someone who currently can be seen all over your TV in a national ad campaign for Bud Light, which even includes a commercial that spouted progressive talking points.

The star of Comedy Central’s Inside Amy Schumer and last summer’s box office hit Trainwreck came on Friday’s edition of PBS’s Charlie Rose show to promote her new book The Girl With the Lower Back Tattoo, and proudly told Rose she’s not afraid to offer her political stances on Hillary Clinton, Donald Trump and gun control. Because, you know, taking lefty stands takes so much courage in liberal, progressive Hollywood.

Schumer also said that if she found out a personal friend was supporting Trump that would be a deal-breaker for her: “I would really pull back from the friendship. That’s such a huge —  that’s such a huge line.”

The following are the relevant exchanges as they were aired on the August 20 edition of PBS’s Charlie Rose show:

AMY SCHUMER: I have an expectation for myself to be honest and be proud of how I’m living. So, do I think, do I think it will hurt my ticket sales on the road that I am so vocal about being a Hillary supporter? Yes. I think —

CHARLIE ROSE: But do you care that much? Do you, are you so —

SCHUMER: About Hillary being elected?

ROSE: No. I know how much you care about that. You’ve made that very, very clear. 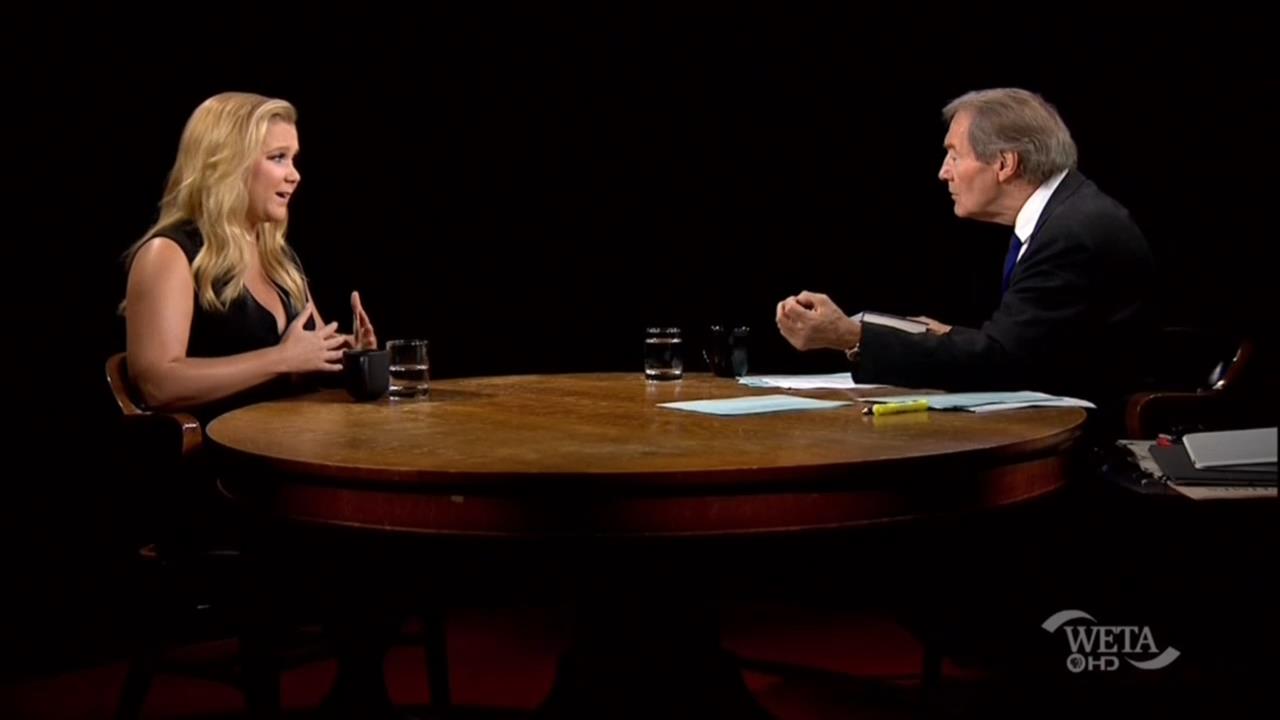 ROSE: Do you care about how it affects ticket sales. Or do you, are you —

SCHUMER: Not enough to not say it.

SCHUMER: Yeah. No, I’m gonna say what I mean and what I think, and living the way I’m proud of.

ROSE: But, do you really think the people — I mean, I think people come to see you because they find you really entertaining, and funny and smart and interesting.

ROSE: Well, that’s true. And your politics are not going to keep them from being entertained by you.

SCHUMER: But it does, somewhat. Yeah. It’s people who, you know? Just in the same way if I found out right now that one of my good friends from high school was planning on voting for Trump.

Later on in the interview, Schumer gushed over Hillary Clinton:

ROSE: Is your, is your attraction to the candidacy of Hillary more about her or more about —  and the values and, and the position she has more so than the fact that she is a historic candidacy?

SCHUMER: Oh, yeah. That’s a good way of saying that. I don’t care that she’s ever gotten her period or had a baby. I care about what a great candidate she is.

ROSE: Because you identify with someone who —

SCHUMER: I’ve loved her for so long. I have been a fan of hers forever, and I think the work that she’s done, and she’s so crazy overqualified, and it’s not because I want a woman in the White House. I really don’t care about that. I think that’s an exciting thing and that it will be good for little girls and whatever, just in the same way I wasn’t interested in the race of Obama. It’s like, I wanted him to win. It’s, it’s her.

Obama also got some love from Schumer:

ROSE: How do you think he’s [Barack Obama] been as president?

SCHUMER: I love him. I’m gonna miss him so much. I’m so sad.

ROSE: What are you gonna miss? The style? The, the intelligence?

SCHUMER: Yeah, no, I thought his playlist was a little weird.

ROSE: Did you really? Why?

SCHUMER: I don’t know. It’s just like a little — whatever! That’s not what’s important. But  yeah, I’m not a —

ROSE: I know it’s not important but it’s interesting.

And finally, Rose couldn’t let the interview finish without nudging Schumer into taking a few parting shots at Trump:

ROSE: Yeah how much of how you feel, politically, is anti-Trump?

ROSE: I mean, I know people — they don’t really care about him. It’s not so much they’re —

SCHUMER: Well who even really knows what he stands for? It’s such a —

ROSE: Or does he mean what he says?

SCHUMER: — when it started. It was like “Oh my God, Trump, that’s hilarious.” And then —

ROSE: The man from The Apprentice is going to be president.

SCHUMER: Yeah. And then once it became a reality that he was the candidate, it was just —  it’s so disturbing. It’s Idiocracy. I don`t even talk about Trump in my stand-up because it just shooting fish in a barrel.