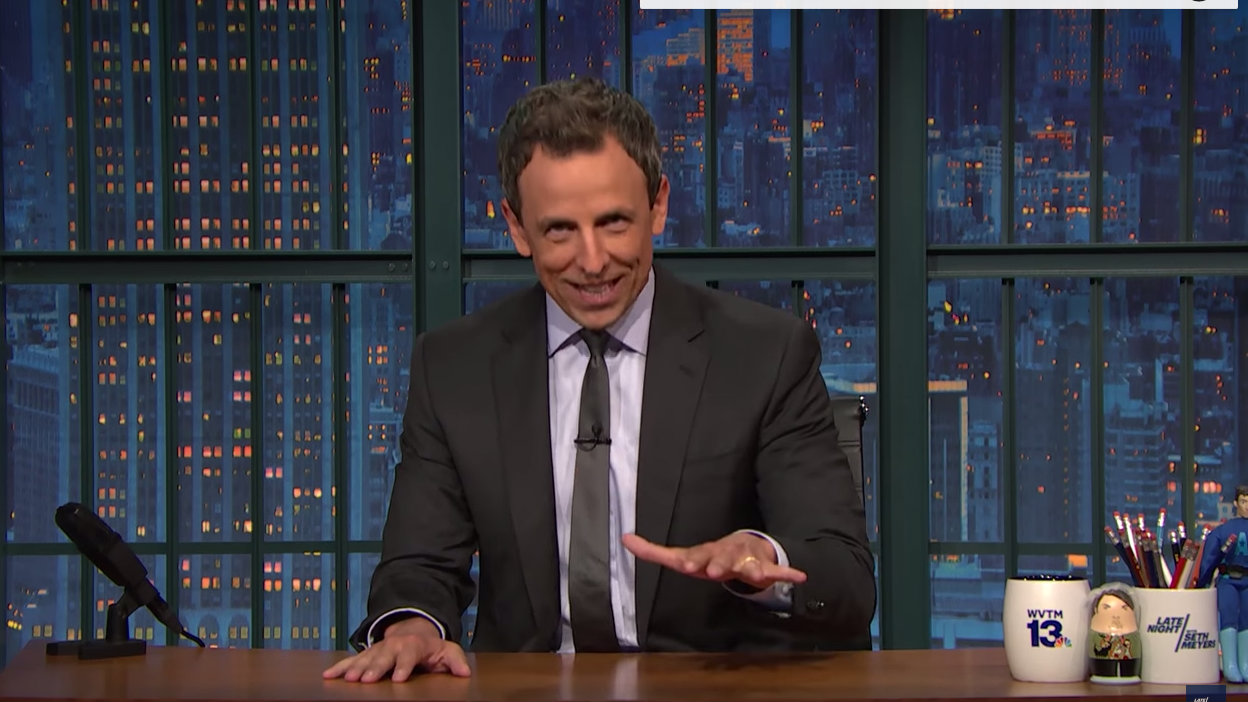 “You have to be quiet now. Now is the time to be quiet,” comedy news host Seth Meyers said as he finished his session upbraiding the Bernie-or-bust voters, who booed throughout the DNC and protested outside.

Celebrities came out in force for the DNC, in many cases to support Hillary. Seth Meyer’s joined the campaign effort remotely with his Late Night with Seth Meyers segment posted to YouTube on Tuesday.

Meyers, like the Democratic nominee, relied heavily on scare tactics and ad hominem to win the Bernie hold-outs to the Hillary train after Wikileaks recently revealed that the Democratic Party had been secretly working against Bernie in violation of Party rules.

“Look I know you’re Bernie or bust, but the results are in. Bust won. We don’t have time for this. Donald Trump is ahead in the polls. The house is on fire. Stop crying because we didn’t put it out with your hose,” he scolded.

Liberals’ favorite tactic for attacking conservatives – namely, that of criticizing their skin color – was turned on the Bernie camp too.

“I tuned in last night, and there was more white booing than the Casper movie.”

Among other insults, Meyers tossed in a few about Bernie supporters having skipped their history classes and being ideologically insolated from any opposing views.

“I don’t know what class you ditched to go to those Bernie rallies, but I have a feeling it was history,” he joked.

To those Bernie supporters who might object that no one they know is voting for Trump, Meyers retorts, “Did you ask everybody in your yoga class? Did you check with the entire drum circle.”

Meyers’ segment didn’t fail to use Sarah Silverman’s simple ad hominem from when she too had to upbraid the Bernie-or-bust folks. Just like Silverman, he called Bernie supporters who cannot bring themselves to vote for Hillary, “ridiculous.”