As the Daily Wire noted, “the U.S. government” has “declar[ed] that China’s actions in Xinjiang amounted to a genocide.”

Australian commentator Gray Connolly was included in the round-up for having quipped: “Yes, ‘China’s alleged human rights abuses’ … wait until Kyle finds out what China allegedly does with the alphabet people.” 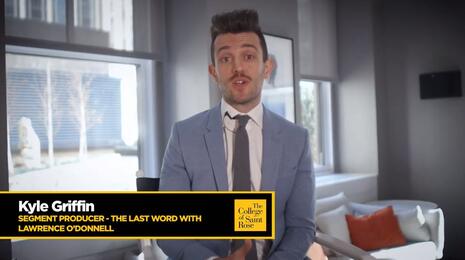 On that point, it’s worth adding Griffin himself is gay and was profiled in June 2019 by the LGBT channel Logo.

Separately, Daily Wire writer Ryan Saavedra quote-tweeted over Griffin with a screencap denoting the fact that NBC, a sister network of Griffin’s employer, “will have full coverage of” the 2022 Beijing Winter Olympic and Paralympic games.

Below that, he added another screencap reading, “Universal Beijing Resort Brings New Innovative Experiences to China.”

And who owns Universal Studios? Comcast. And who else does Comcast own? NBC and MSNBC.