CNN’s Ratings Go Down the Toilet, Tumbling Over 70 Percent Since January 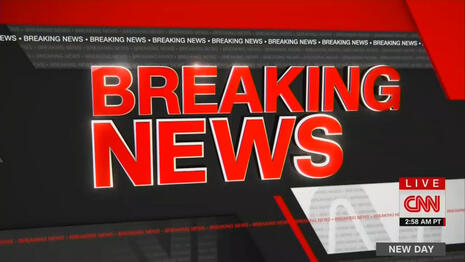 Along with its ongoing ethical problems, a deceptive marketing campaign, and a continued hatred for non-liberal voices, it’s been a terrible, horrible, no good, very bad year for the Jeffrey Zucker-led CNN. And as per the latest Nielsen ratings, CNN has continued to hemorrhage viewers with primetime and entire day total viewership down over 70 percent since January.

Nielsen Media Research has the breakdown and it’s not pretty, no matter how the Zucker Borg would spin it. Since a January high of roughly 798,000 primetime viewers and 530,000 total day viewers in the 25-54 demographic, CNN has fallen off a cliff and into the pit of misery with the network fetching only 229,000 in primetime and 152,000 in total day over the past month.

That, dear NewsBusters readers, would represent a cratering of 71 percent for both metrics. Granted, January saw the January 6 attack on the U.S. Capitol, the second Trump impeachment, and the Biden inauguration, but to lose anything by such a large metric wasn’t anything one should brag about.

If you’re delusional enough to think it was significantly better among all age demographics, think again (and we won’t even get to what fellow liberal network MSNBC has been pulling on weekends).

CNN flaunted their ratings back in January when they fetched nearly two million viewers (1.899 million) in total day and nearly three million (2.713 million) in primetime, but they haven’t had anything to write about since then as the last month yielded only 229,000 primetime viewers and a paltry audience of 152,000 in total day.

As percentages, those would work out to devastating drops of 65 percent and 67 percent, respectively.

Instead of making changes to their lineup to improve ratings and seek to reconcile with the side of the aisle they’ve treated like enemies, individual CNN shows have been paddling the struggleboat.

In contrast, Fox & Friends finished last week with 1.1 million total viewers and 218,000 in the demo. For those keeping score at home, that’s more than double CNN as the Zucker network morning show has been under half a million viewers for a month. Guess those snarky “Roll the Tape” commentaries haven’t done the trick.

Before we go, we should check in on how the rebranded Don Lemon Tonight did in its first week since Lemon and his bosses engaged in some shady marketing by trying to make it seem like Lemon was leaving CNN and his show CNN Tonight had been cancelled.

Sadly for CNN (though fortunately for America), Don Lemon Tonight fetched Lemon’s worst week of the year across both metrics.

As the saying goes, you just hate to see it.