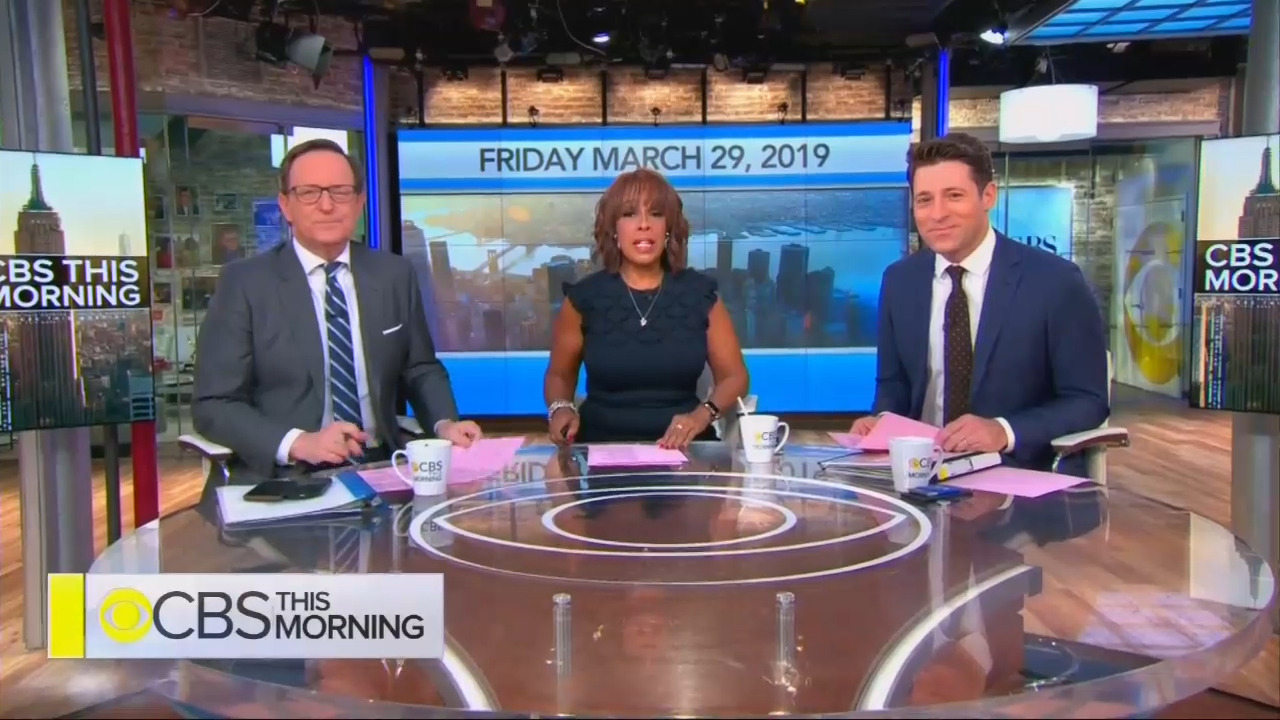 According to the New York Post’s Page Six and Variety, the CBS News is about to undergo some serious personnel changes. In addition to Bianna Golodryga’s previous departure, co-hosts John Dickerson and Norah O’Donnell have been booted from CBS This Morning for correspondent Tony Dokoupil and CBS This Morning: Saturday co-host Anthony Mason to team with Gayle King.

Making permanent a trio that’s been partnered already this year on occasion, this would leave Dokoupil and Mason to join with King, who as NewsBusters has documented, has more than a few conflicts of interest thanks to her history as a Democratic donor and personal friend of the Obamas.

Not surprisingly, the former network of Dan Rather sees no problem with that in her covering both topics.

Page Six first reported that story around 1:30 p.m. Eastern with Alexandra Steingrad stating that O’Donnell would receive the boot. Steingrad wrote that O’Donnell’s removal was “thanks to Gayle King,” who “demanded she be sent elsewhere.”

CBS News reacted shortly thereafter to the Post with CBS News president Susan Zirinsky saying that their characterization was “offensive and 100 percent false” with a source asserting that the two are actually “very close.”

According to the Post and Variety’s Brian Steinberg, Dickerson and O’Donnell appear poised for roles with 60 Minutes. They also reported O’Donnell could also replace Jeff Glor as the anchor of the CBS Evening News, though both CBS and O’Donnell declined comment to both.

As NewsBusters has reported on both a short and long-term basis, Glor has established himself as the least anti-Trump of the three network evening anchors, brought back the Eye On America series, and steered the newscast towards covering a wider variety of stories (i.e. away from obsessing over Trump controversies).

So needless to say, his removal would signal a more leftward tilt by CBS.

Here’s more analysis on the CBS This Morning changes from Steinberg (click “expand”):

CBS is banking on King, whose recent interviews with singer R. Kelly and Virginia Governor Ralph Northam have catapulted her into broader circles, to revive its morning program. CBS for years has lagged rivals “Today” at NBC and “Good Morning America” at ABC. “CBS This Morning,” which launched in 2012 with a narrower focus on hard news, business stories and global affairs, has been perhaps the most successful entry in the CBS early-A.M. lineup since “Captain Kangaroo.” The show has brought new ad revenue to the network and new attention to CBS News.

“CBS This Morning” ran into headwinds, however, after the ouster of Charlie Rose in 2017. Rose was accused by several women of making unwanted sexual advances, and left the program he helped build. Since that time, ratings have ebbed, and the addition of Dickerson and Bianna Golodryga to the show did not reverse the trend. Golodryga left CBS News in April after learning that she would no longer have a role on the morning program.

Viewers will recall that, in addition to being the longtime co-host of the morning program’s Saturday edition, Mason served as interim CBS Evening News anchor from June to December 2017 after the axing of Scott Pelley (who was moved into a leading role on 60 Minutes).

And as for Dokoupil, he was an NBC News “Road Warrior” during the 2016 campaign before moving to CBS. In late 2017, he married MSNBC host Katy Tur, who gave birth last month to a son.