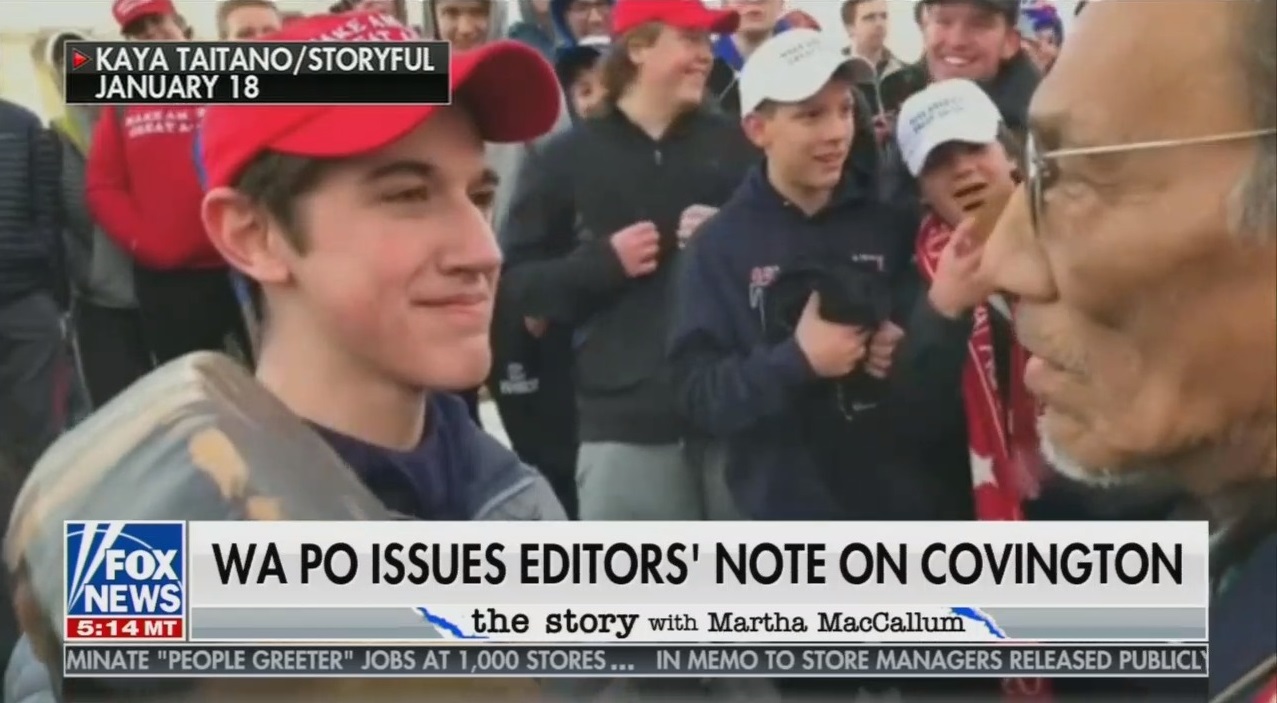 It’s safe to say that this might have been too little, too late, folks. On Friday night, the “Democracy Dies in Darkness” newspaper The Washington Post published an “editor’s note” attempting to save face following their embarrassing behavior for the last month and a half smearing the Covington students and being hit on February 19 with a lawsuit by student Nicholas Sandmann.

The statement opened by citing the purpose for this Friday night news dump concerned a Post article “first posted online on Jan. 19 reported on a Jan. 18 incident at the Lincoln Memorial.”

But what came next in the second sentence was so hilariously rich with irony that it’s painful:

Subsequent reporting, a student’s statement and additional video allow for a more complete assessment of what occurred, either contradicting or failing to confirm accounts provided in that story — including that Native American activist Nathan Phillips was prevented by one student from moving on, that his group had been taunted by the students in the lead-up to the encounter, and that the students were trying to instigate a conflict.

The Post staff item added that “[t]he high school student” (whose name is Nicholas Sandmann, but okay) who was “facing Phillips issued a statement contradicting his account; the bishop in Covington, Ky., apologized for the statement condemning the students; and an investigation conducted for the Diocese of Covington and Covington Catholic High School found the students’ accounts consistent with videos.”

In sentence three of six-sentence statement, The Post continued to dig themselves a hole by asserting that “[s]ubsequent Post coverage, including video, reported” on how the original version of events was rapidly proven to be drastically different than what actually occurred. They cited headlines from three Post stories, but the damage has been done folks.

Sandmann’s attorney Todd McMurtry and Lin Wood have said that they will issue a statement on Monday responding to The Post, so the Jeff Bezos-owned paper better hope that this was enough because, otherwise, life could be about to get a lot more difficult for the paper that thinks Jen Rubin is recordable right-leaning columnist.

The statement concluded with these two brief but crucial points admitting that Phillips wasn’t so innocent: “A Jan. 22 correction to the original story reads: Earlier versions of this story incorrectly said that Native American activist Nathan Phillips fought in the Vietnam War. Phillips said he served in the U.S. Marines but was never deployed to Vietnam.”

To see all of NewsBusters's coverage of the Covington, Kentucky students, check out our tag here.