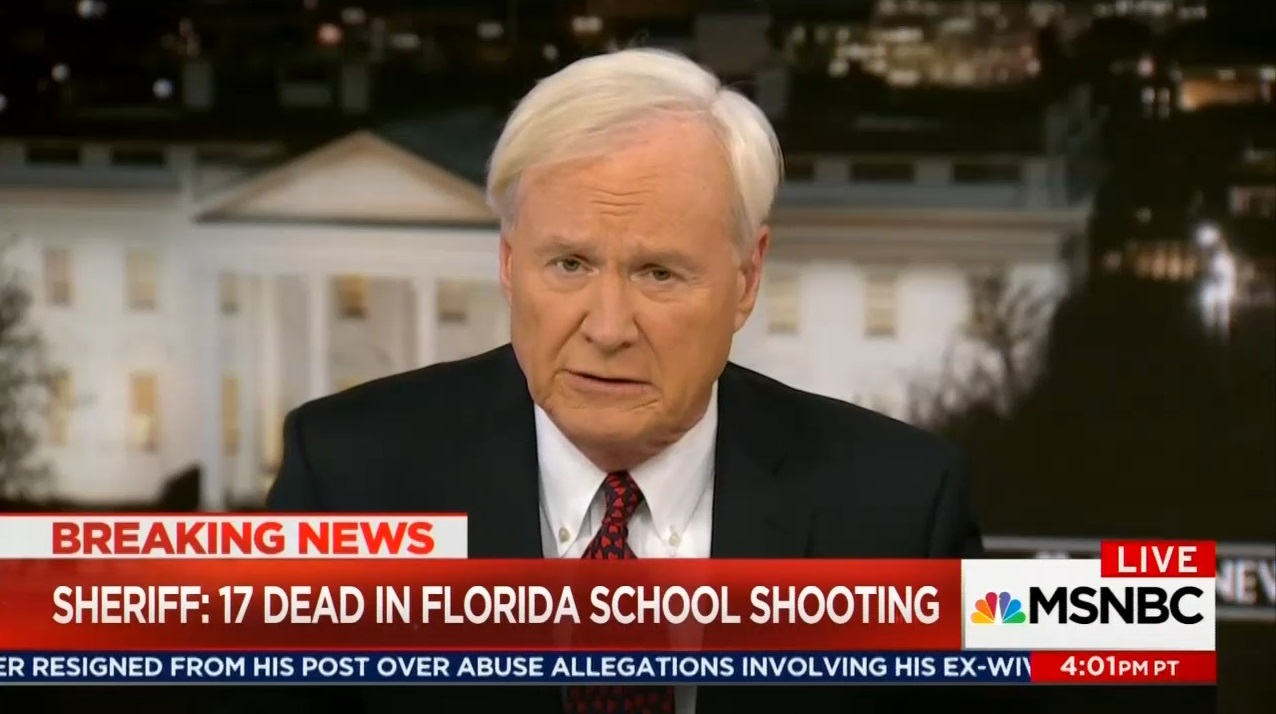 On Tuesday, MSNBC’s Hardball host Chris Matthews spent over two and a half times more airtime on trumpeting the need for gun control and chastising gun owners, the National Rifle Association, and ordinary Americans over the issue than covering the deadly Florida school shooting, and its victims.

All told, Matthews spent 38 minutes and 46 seconds on segments or parts of ones discussing the issue with guests but only 14 minutes and 48 seconds on the actual shooting, recapping what was known during the 7:00 p.m. Eastern hour, and interviewing students who fled the scene. The rest involved speculation over the gunman’s personality and his motives.

The hour began with The 11th Hour host Brian Williams resetting and tossing to Matthews with a brief discussion on gun control that saw Matthews criticize the notion of American exceptionalism due to mass shootings.

Matthews began on a strong note with almost eight minutes on the horrible scene in Broward County, giving viewers a recap of what transpired, airing a disturbing cell phone video inside a classroom, and interviews with survivors.

However, the show turned toward gun control ramblings with NBC News correspondent Tom Costello and Matthews decrying America’s culture of owning firearms, including open carry possibly being to blame for the shooting.

“This according to Bill Bratton, the former NYPD commissioner, is yet another example of how the country seems to have this sick preoccupation with guns and it manifests itself into these really terrible mass shootings,” Costello opined.

From there, Matthews went back to gun control for NBC law enforcement analysts Shawn Henry and Jim Cavanaugh and then Democratic Senator Richard Blumenthal (Conn.).

In that segment, the trio batted around expanded background checks, gun bans, and magazine restrictions as possible policy prescriptions. Of course, there was nothing concrete about how those would have prevented this shooting or any other past tragedy.

When it came time for Blumenthal, Matthews gushed over the Connecticut Senator as “represent[ing] a state that’s serious about gun control” and beat down “the passion of the gun people, the Second Amendment people that scares the heck out of the politicians from many of the states to do anything.”

Predictably, Blumenthal took shots at the NRA and declared that “Congress bears responsibility” for people lying dead in Florida.

Matthews returned to the scene for roughly three minutes past the bottom of the hour and then, once again, doubling back to gun control and suggested that there’s little anyone can do to aide boys and girls who feel isolated in middle and high school. Therefore, in his book, guns should be at the forefront. 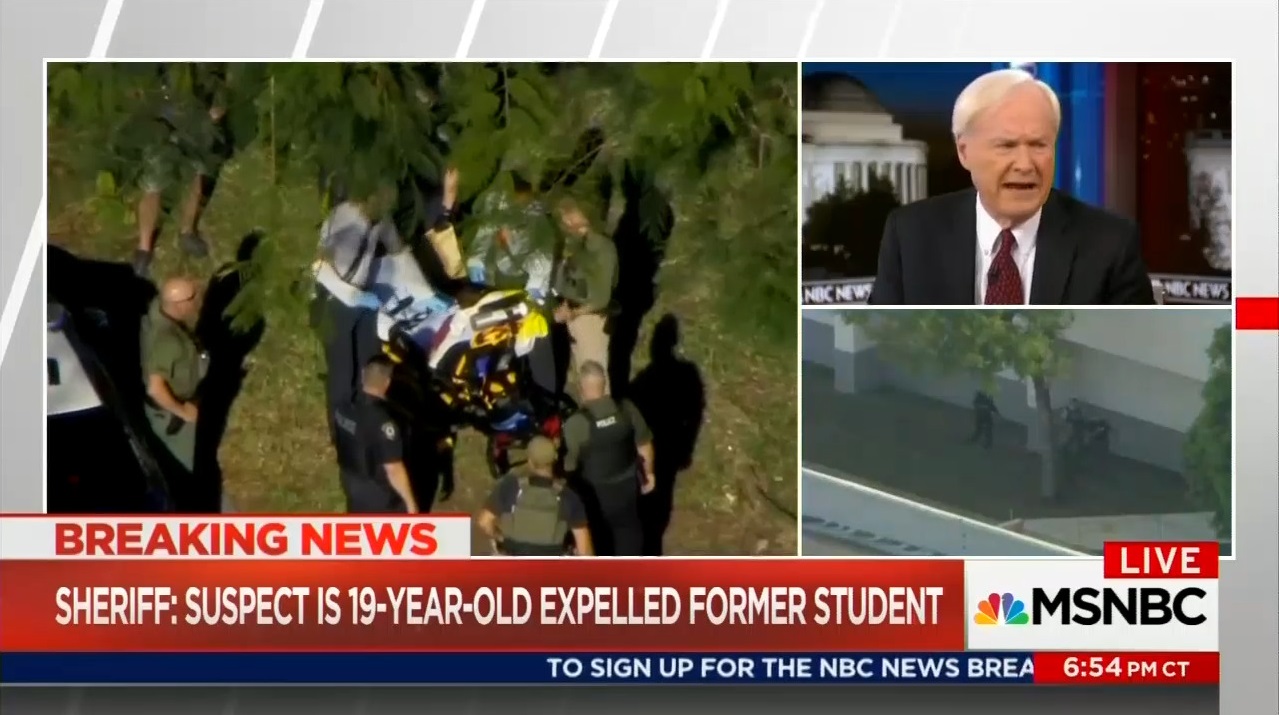 As an aside, it’s tough to find someone who wasn’t bullied at one point or another. That being said, it’s doubtful that most spent day after day wanting to kill everyone at school.

The second half of the show featured former FBI Special Agent Frank Figliuzzi and Democratic Congresswoman Debbie Wasserman Schultz (Fla.) engaging in what Matthews dubbed a “colloquy” about guns.