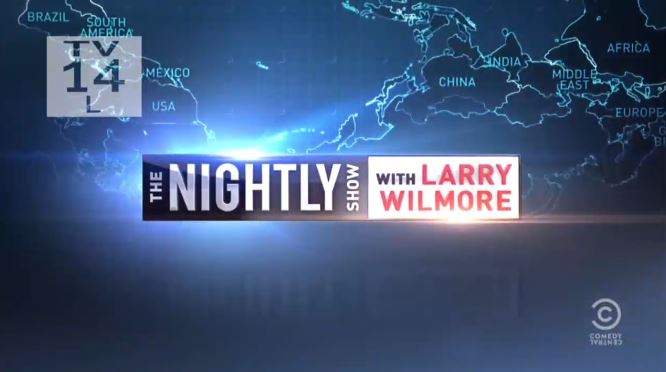 On Monday morning in The New York Times, Comedy Central announced that it will be canceling almost effective immediately far-left comedian Larry Wilmore’s The Nightly Show after only a year and a half on the air of mocking and smearing conservatives to the delight of television critics and other liberal journalists from coast-to-coast.

Comedy Central President Kent Alterman revealed that, along with the fact that the contracts of Wilmore and other staffers are set to expire, Wilmore’s show simply “hasn’t resonated” despite “hoping against hope that it would start to click.”

As The Times noted, Wilmore’s last program will be on Thursday and was terribly low-rated and hemorrhaged viewers at the 11:30 p.m. Eastern time slot ever since taking over for Stephen Colbert (who moved onto CBS and The Late Show).

Reporter John Koblin lamented (as some other journalists have been) that it’s “upending” late-night comedy “[i]n the midst of a wild and unpredictable presidential campaign” that’s clearly “awkward timing.”

Only at the end does the mainstream media admit what so many of us knew in that Wilmore’s show was simply not funny:

“The Nightly Show” has been known for a signature segment, “Keep It 100,” (slang for always telling the truth, no matter the consequences) and for Mr. Wilmore’s often stinging commentary on race and this year’s election. (He called the election to find Barack Obama’s successor “The Unblackening.”) Though the late-show genre remains heavy on easygoing laughter, any one episode of “The Nightly Show” could occasionally go for prolonged stretches without a single joke, something that intrigued some critics but failed to attract a broader audience.

Reacting to the cancellation in a statement, Wilmore tied his fortunes into a segment on his show about the 2016 election called The Unblackening (since the next president won’t be African-American): “And keeping it 100, I guess I hadn’t counted on ‘The Unblackening’ happening to my time slot as well.”

For more of the worst moments from both before and after his widely-panned White House Correspondents Dinner performance (as well as from his guests), check out our stories here, here, and here.