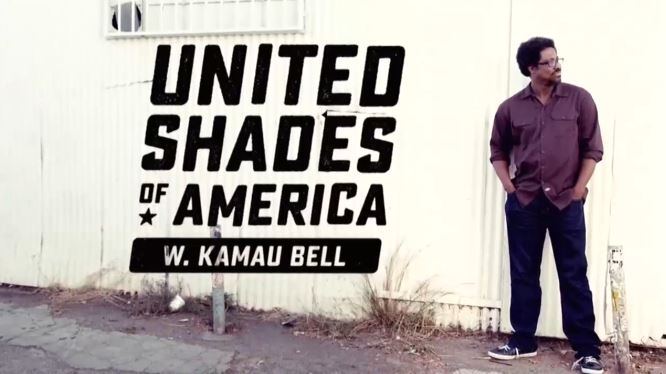 Reviewing the premiere of liberal CNN comedian W. Kamau Bell’s new show United Shades of America in Thursday's Washington Post, critic Stephanie Merry gushed over Bell’s consistent behavior as “[a] teddy bear of a guy” who’s “relentlessly easygoing” with the first episode being dedicated to hanging out with the Ku Klux Klan (since, of course, they’re supposedly “the core” of the Republican Party).

Without realizing that it’s liberals like Bell and the Southern Poverty Law Center who continually push the KKK as a relevant organization, Merry hyped that “[i]f pointing out hypocrisy is a sport, Bell’s an unassuming champion in the pilot of CNN’s newest infotainment installment that launched Sunday” with “a fresh angle” for CNN’s non-news programming.

Merry explained that, in order to do something different than other hosts like Anthony Bourdain or Mike Rowe, Bell “went to Arkansas and Kentucky to meet with Klan members and even witness a cross burning” along with a California prison, hippies in Oregon, the crime-ridden Camden, NJ, and demographics of Barrow, Alaska.

She continued with fawning, over-the-top praise of Bell “punctuat[ing] his wry observations with a big, booming laugh” and “stay[ing] cool” in way “that really sets the show apart”:

A teddy bear of a guy, he’s relentlessly easygoing, whether he’s meeting with a white supremacist or a professional cuddler (yes, that’s a thing — in Portland, of course). He punctuates his wry observations with a big, booming laugh. There’s none of the incredulous rage that was the hallmark of Jon Stewart on “The Daily Show” and of Stewart’s descendants. Bell doesn’t wince when he’s told that his race is inferior or that his marriage is a sin; he takes it all in stride.

“Some people have asked why I don’t argue with them,” he said of the KKK episode. “That’s not the point. I already know I don’t agree with them. The point is to have them spell out their theories as clearly as possible so we can actually know how insidious and crazy this is.”

Seeking to identify a cohesive theme across the slew of episodes she had available to review, she found that “[m]ost of the stories deal with people who feel powerless about being pushed to the margins.”