In the first full weeknight since The National Enquirer tabloid published its unsubstantiated piece alleging that GOP presidential candidate Ted Cruz has been engaging in extramarital affairs, late-night comedy hosts Conan O'Brien and Jimmy Kimmel spent portions of their Monday monologues promoting the smear as legitimate and wondering how any woman could be interested in Cruz.

On TBS, O'Brien proclaimed that the story marked a "big possible scandal for Ted Cruz" as "it's been reported that a contributor to CNN has been having an affair with Ted Cruz" so "all I can say is, way to go, Wolf Blitzer."

Of course, O'Brien provided no context whatsoever that the allegations included CNN political commentator and former Cruz communications director Amanda Carpenter and how she's repeatedly and vehemently denied the vile attacks to the point she told one detractor on Friday morning to take the matter up with her attorney.

O'Brien continued this listless charade to the audience's amusement by vilifying Cruz's personality as insufferable and unattractive to any woman: 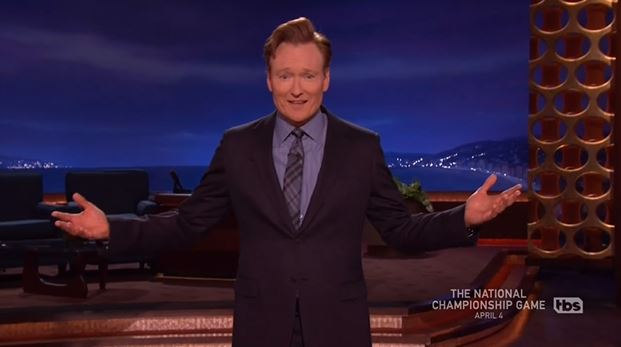 Over on ABC, Kimmel was equally unforgiving toward the story that's currently based on nothing besides rumors plus quotes from former Trump adviser Roger Stone. Nonetheless, Kimmel leaped at the chance to rattle off his thoughts about it.

Proclaiming that "it was all over the internet this weekend," Kimmel gave his summary plus a joke about the Spice Girls:

The National Enquirer published a story in which they insinuate Ted Cruz had affairs with five different women. This is the story they published. Five Romps that Will Destroy Ted Cruz. Shocking claims with blurred and barred pictures of the women. Which, I mean, it's obvious who the women are, right? I mean, it's the Spice Girls. Posh, Sporty, Baby, Ginger, and Scary. [LAUGHTER AND APPLAUSE] As you might imagine, Ted Cruz denies the story and blames the whole thing on Donald Trump, specifically on a former Trump adviser named Roger Stone. 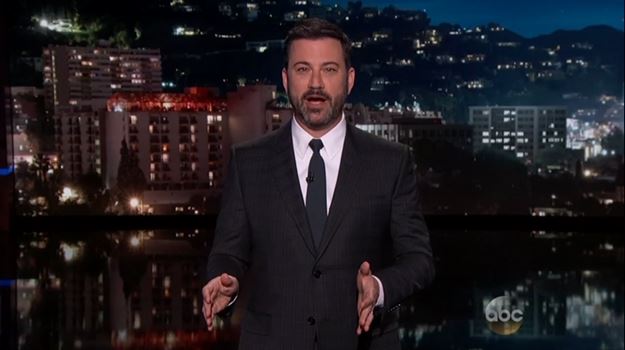 Kimmel went onto mock Cruz's initial response to Stone and the baseless attack before touting a tweet from Donald Trump about it. Like his late-night cohort, Kimmel chose not to add a caveat about Trump's close ties to The National Enquirer and CEO David Pecker.

Before moving on, Kimmel flashed the double standard in the media that almost certainly wouldn't be applied to any of the Democratic presidential candidates in his exasperation that anyone would want to get in bed with the Texas Senator:

I can't imagine that Ted Cruz is — no, I mean, I find it difficult to believe that even one   woman had sex with Ted Cruz, never mind five. Ted is going to be here on our show on Wednesday, so hopefully I'm sure he'll be delighted to get to the bottom of all this then.

As my colleagues Rich Noyes and Scott Whitlock have meticulously documented over the past four days (here, here, and here), the networks have made it their mission to promulgate at nearly every turn this tabloid and the accusations to further chastise not just Trump but Cruz as well for the degradation of civility in American politics. Based on the way that these late-night comics conducted themselves, the late-night comedy scene appears to be no different.