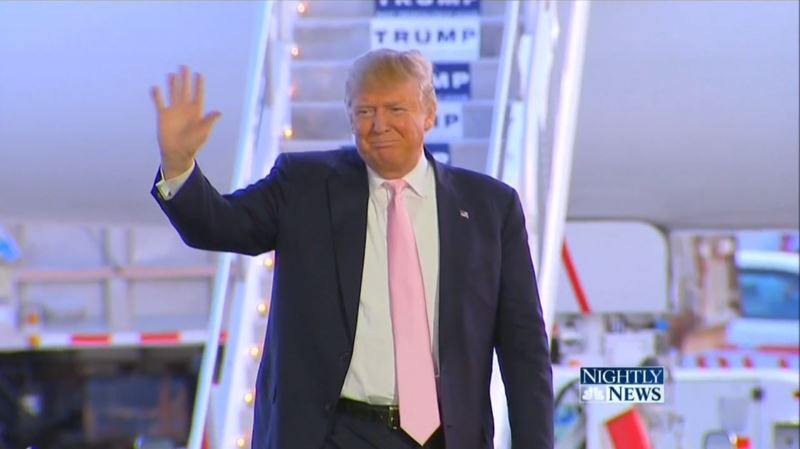 Ahead of the third installment of Super Tuesday on Monday, the network evening newscasts followed their predictable pattern of focusing almost exclusively on Donald Trump to the tune of a whopping 84 percent of the Republican campaign segments totaling nearly 15 and a half minutes.

Overall, ABC’s World News Tonight with David Muir, the CBS Evening News with Scott Pelley, and NBC Nightly News all led with the GOP race for a total of 18 minutes and 17 seconds across eight separate segments that highlighted the ongoing fears of violence at Trump rallies ahead of votes in five states (Florida, Illinois, Missouri, North Carolina, and Ohio).

The most lopsided breakdown between the four remaining candidates could be found on NBC where Trump received four minutes and eight seconds while Senator Ted Cruz (Tex.) fetched a pathetic 10 seconds (despite his realistic efforts to defeat Trump in Missouri and Illinois).

Cruz’s nary of a mention was still more than fellow Senator Marco Rubio (Fl.) as he faces an essentially must-win situation in Florida to stay in the race and NBC adopted the strategy of removing him from the picture as he got only seven seconds of airtime.

Due to him leading in multiple polls in his native Ohio, Governor John Kasich received a generous 55 seconds with multiple soundbites in national correspondent Peter Alexander’s segment (following the lead report on Trump rallies).

Moving over to CBS, that network’s evening news show offered the most extensive time to the GOP side to the tune of eight minutes and 11 seconds throughout the half-hour show. However, the slant toward Trump remained the same.

Trump was not surprisingly the subject for six minutes and 36 seconds of that span while Kasich had about one minute versus 33 seconds for Rubio and 28 seconds for Cruz. 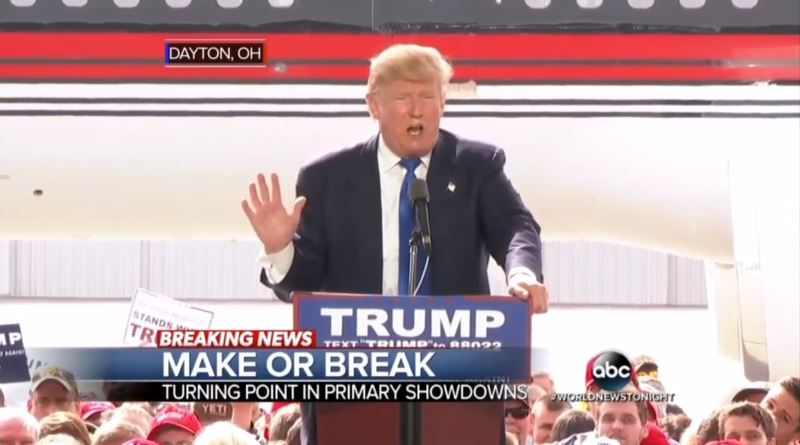 Following the previous election cycle in 2014 in which they did their best to ignore the election, ABC’s World News Tonight has devoted hordes of time on a daily basis to the 2016 election with Monday being no exception.

Here on the David Muir-led program, Trump was bequeathed a massive share of the GOP coverage with four minutes and 42 seconds out of a possible five minutes and 11 seconds spent on the right versus two minutes and 27 seconds on the Democrats.

While the other three were still far behind, Kasich and Rubio received the most mentions here by Muir and correspondents Tom Llamas and Jonathan Karl as one minute and 10 seconds went to Kaisch and 45 seconds were handed out to Rubio. Even though he’s won eight states thus far, viewers on ABC saw only 27 seconds of Cruz.