Gawker Whines About CNBC Criticism; Attacking Media ‘the Most Popular Refuge of the Scoundrel’ 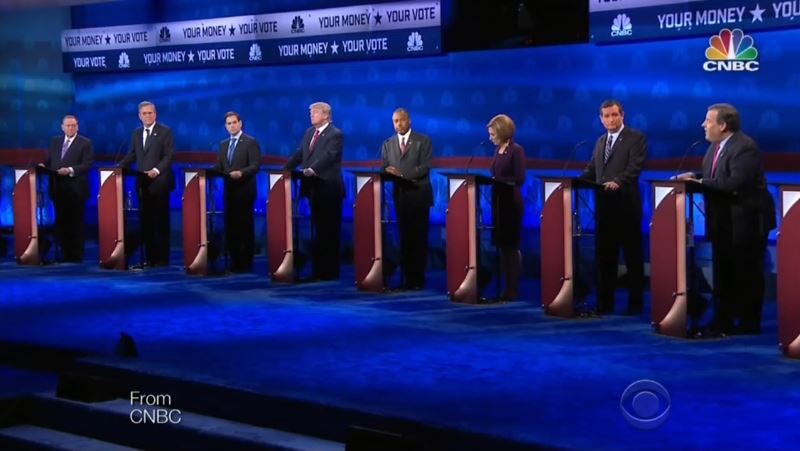 As one of the few liberal outlets willing to stand up for CNBC and its three moderators after Wednesday’s atrocious Republican presidential debate, Gawker and writer Hamilton Nolan tried on Thursday to take conservatives to task by lamenting that exposing the liberal media “is the most popular refuge of the scoundrel” showing that the GOP field is neither “honest” nor “wise.”

With the post entitled “[i]f the media loses, so do you,” Nolan started attacking from the first sentence anyone who questions the news media: “After patriotism and religion, “attacking the media” is the most popular refuge of the scoundrel.”

Nolan then took aim at Ronald Reagan’s influence and the denouncement of the media as the two things that all candidates agreed on before demanding readers consider “the intrinsic absurdity of the fact that the Republican candidates chose to launch their attack on the media on the night that the debate was held on CNBC.”

This is because, in his mind, the network is supposedly huge fans of Republicans:

The channel of angry, wealthy white males ranting about the stock market. The channel, in other words, that most accurately represents the Republican Party. Though the moderators last night may have fumbled a couple of times, they did succeed in asking questions such as: Why is your tax plan based on fantasy? Why do the numbers of your plan not add up? How do you plan to finance the government while also slashing all of the money that the government takes in?

Nolan made only a few critiques of the CNBC moderators, declaring that their errors “were mostly stylistic, not substantive.”

Bashing the candidates as dishonest and unwise, Nolan chided them for being “skilled in political tactics—self-serving dishonesty, mainly—or they never would have gotten this far” as “[t]hey know quite well that answering a question about, say, an economic plan with numbers that do not add up is very hard.”

Continuing to cover for the liberal network by claiming that Republicans hate answering questions (while Democrats supposedly do), Nolan dismissed criticism of liberal media bias as “[a] simple scam, and one that never fails to work on the American voter” because “[i]t is the rhetorical equivalent of waving one hand in the air while using the other hand to pick your pocket.”

Since “[m]embers of the media quietly loathe themselves for good reasons,” he pontificated that that mindset “renders them incapable of standing up for themselves when they are attacked by demagogues for bad reasons.”

With no shame, the Gawker writer concluded:

The irony in all of this is that there are plenty of legitimate reasons to denigrate the mainstream media. But none of those reasons are “they ask too many direct questions about the plainly farcical policy proposals of presidential candidates.” The real problems with the political media—its addiction to horse race journalism, unhealthy appetite for conflict at all else, its tendency to invent storylines out of thin air—are the things that voters like. The general public is ill-informed, easily bored, restless for entertainment, and does not understand economics. When CNBC’s moderators tried to ask straightforward economic questions (even going to the unforgivable extreme of citing math), the American public was well primed to hate the media and all it stands for. That is when the candidates struck.

Hate the media all you want, America. The more you do, the less you know. In the end, we will get the president that we deserve. Unfortunately.