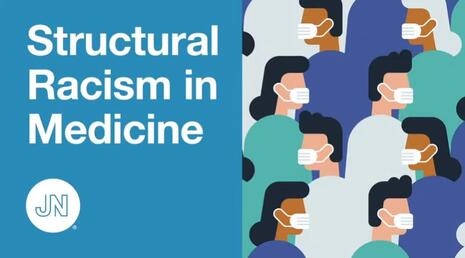 The front of Tuesday’s New York Times Science section featured science reporter Apoorva Mandavilli taking a break from decrying the theory into a possible leak of the coronavirus from a Wuhan virology lab as racist -- to claim that scientific journals both practice and deny "systemic racism," both in the medical field and in the United States.

She reported under a headline that impressively combines two left-wing assumptions into four words: “Journals Understate Systemic Racism.” Succumbing to woke pressure, the top editor of the Journal of the American Medical Association, Dr. Howard Bauchner, resigned over comments about racism made by a colleague on a JAMA podcast that was later vanished from the web.

Even worse was a Facebook headline in an earlier related story by Mandavilli: “Editor of JAMA to Step Down Following Racist Incident.” So a Times headline thinks disagreeing with the premise that the medical field is infested with systemic racism, is itself a racist incident? Given the career-destroying power of the accusation, it’s a grossly irresponsible accusation to throw around.

There’s no doubt where Mandavilli stands, judging from how she publicized the later story on her Twitter feed: “NEW: Medical journals like JAMA and the NEJM are blind to structural racism and the ways in which discrimination became embedded in medicine over generations, some scientists say.”

The top editor of JAMA, the influential medical journal, stepped down on Tuesday amid a controversy over comments about racism made by a colleague on a journal podcast. But critics saw in the incident something more pernicious than a single misstep: a blindness to structural racism and the ways in which discrimination became embedded in medicine over generations.

The longstanding issue has gained renewed attention in part because of health care inequities laid bare by the pandemic, as well as the Black Lives Matter protests of the past year. Indeed, an informal New York Times review of five top medical journals found that all published more articles on race and structural racism last year than in previous years.

The Times is trying to normalize the extremely controversial idea that “systemic racism” exists as an indelible historical stain that has defined America from its founding (which a notorious Times educational project insists can be dated to 1619, the year Africans were first brought to the American colonies as slaves).

Medical journals like JAMA favor studies linking race or racial inequities to socioeconomic or biological factors, she and other critics said. Less often do their editors, mostly white and male, accept papers that explore how systemic racism shapes the health care experiences of Black and brown people, they said.

JAMA’s reckoning came after Dr. Edward Livingston, an editor in a podcast discussion, suggested “taking racism out of the conversation” about societal inequities and said that “structural racism is an unfortunate term to describe a very real problem.” Communities of color were held back not by racism, he said, but by socioeconomic factors and a lack of opportunity.

Remember that a New York Times headline referred to the above as a “racist incident.”

The ensuing uproar prompted Dr. Livingston to resign. The American Medical Association, which oversees the journal, began an investigation.

A single paragraph in the 2,000-word story represented the side of free speech:

But the A.M.A.’s initiative has been met with opposition from some members, who said in a letter to the organization’s leaders that “there is a general feeling that the firing of the editors involved in the podcast was perhaps precipitous, possibly a blot on free speech and also possibly an example of reverse discrimination.”