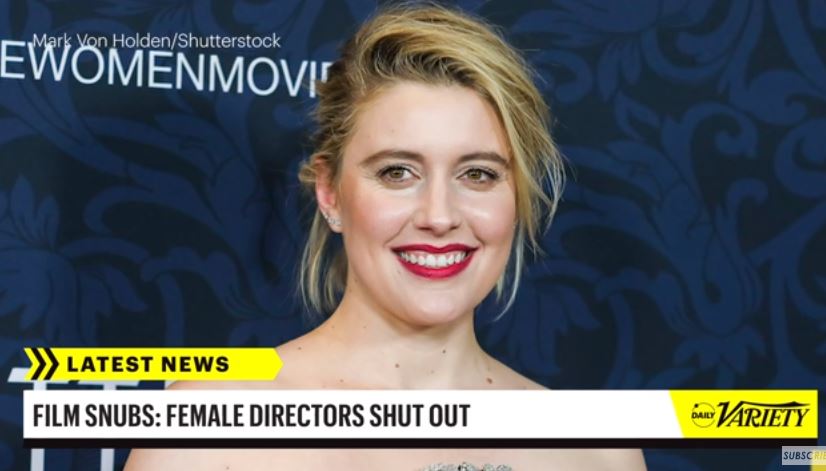 Despite box office success and critical praise, female filmmakers are largely being left out of Hollywood’s awards season.

Elizabeth Cantillon has worked in Hollywood for three decades, first as an executive at Sony Pictures, where she helped steer the James Bond franchise, and now as a producer. In other words, she has seen it all.

But the current Oscar race has left her slack-jawed. Where are the women?

Women have come a long way in Hollywood since 2017, when the #MeToo and Time’s Up movements swept the culture -- maybe so far that the film establishment, still overwhelmingly male, is reflexively trying to throw on the brakes, said Cantillon....

The Times declared “the lack of traction for female filmmakers this awards season is particularly galling because there are many worthy candidates.”

....Frustration over the lack of women in the conversation for best director has been intensified by the sidelining of women in films like “The Irishman,” which meanders along for three-and-a-half hours but finds little for female characters to do except smoke cigarettes and stare quietly from the sidelines....

Asked why Margot Robbie had so few lines in “Once Upon a Time … in Hollywood,” Quentin Tarantino dismissed the question. Women only exist on the edges in “Uncut Gems,” which stars Adam Sandler as an adrenaline-fueled diamond dealer. “Richard Jewell,” Clint Eastwood’s film about the 1996 Olympics bombing, finds a reporter (played by Wilde) offering sex to an F.B.I. agent in return for information. The car racing drama “Ford v Ferrari” is the story of two men; “The Lighthouse,” a black and white thriller, is the story of two men....

The art police are manning (oops, sorry) the perimeters, marking the limits of permitted creativity:

Some are also troubled by the large number of Oscar contenders that feature (white) men lamenting a changing world.

“I’m no longer relevant” (Robert De Niro’s assassin in “The Irishman”). “I’m too old to race cars” (Christian Bale in “Ford v Ferrari”). “I’m a washed-up actor” (Leonardo DiCaprio in “Once Upon a Time … in Hollywood”). “New York has become a mean place” (Joaquin Phoenix in “Joker”). “I’m the victim in this divorce” (Adam Driver in “Marriage Story”).

Is this man-tsunami a manifestation of “male panic -- the need to protect one’s turf,” as Peter Bart, an editor at large for Deadline.com, wondered in a Nov. 23 column?

The Times quoted director Olivia Wilde: “Hollywood is cracking open its gates to let us in” and used that to conclude by lamenting:

If only the awards institutions would do the same.

Barnes himself isn’t always a fan of female directors, pondering director Kathryn Bigelow (“Detroit”) on “the appropriateness of a mostly white filmmaking team tackling such a painful moment in African-American history.”